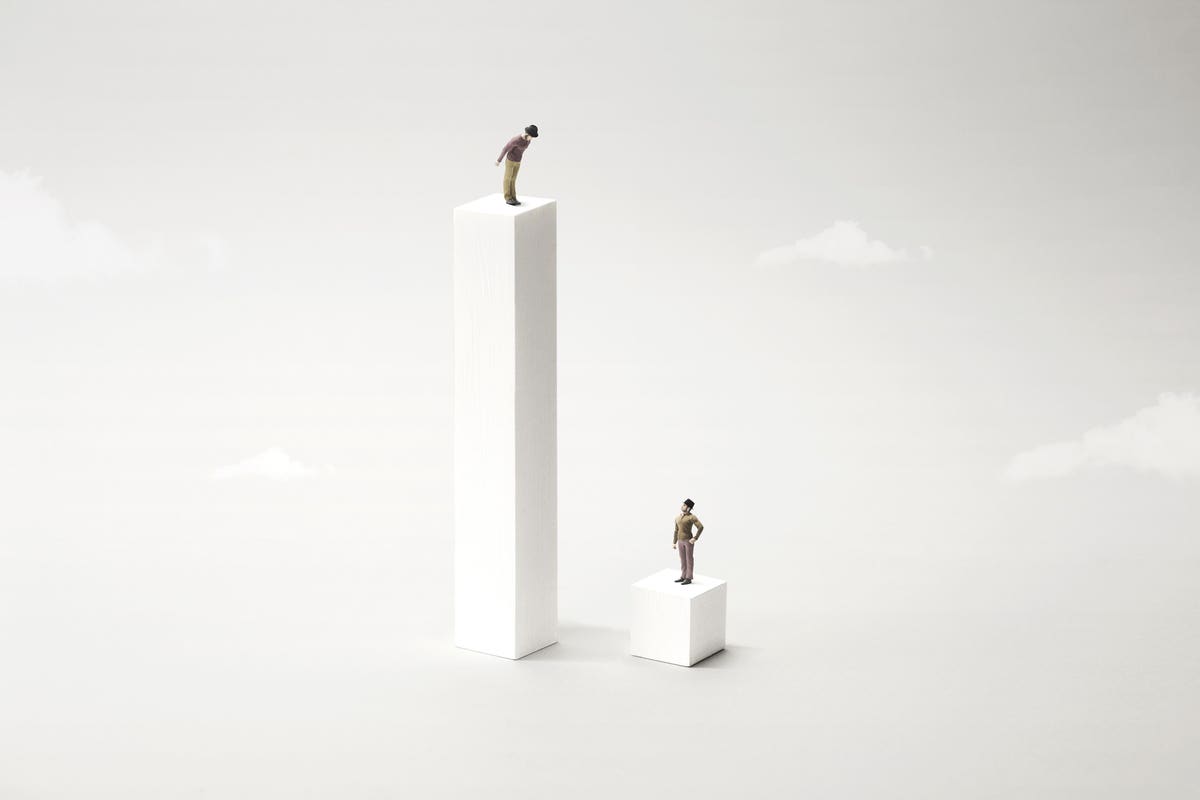 More than one year into the Covid-19 pandemic, we are seeing stronger signs of economic recovery.  And although the pandemic may be inducing some real changes in the American economy, its biggest impact is acceleration and deepening of pre-pandemic trends, especially inequality.

Wednesday’s new estimated GDP figures confirm the overall economic rebound.  In the first quarter of 2021, GDP grew at an annual rate of 6.4%, building on the 4.3% growth in the last quarter of 2020.  Some analysts now expect 2021’s annual growth to reach 7.5%, which would be the highest annual level since 1951.

The growth is driven by consumer spending, especially on durable goods, where spending grew at a staggering 41.4% annual rate.  And that spending in turn was driven by government stimulus checks, unemployment insurance, and returning jobs that were in part created by the fiscal stimulus.  Economist Ian Shepherdson said the GDP growth “demonstrates the value of government intervention when the economy is on its knees from Covid.”

As the economy gathers steam, analysts are looking for spending to rise on services, including restaurants, movie theaters, and travel.  Those services were hard hit by Covid-19 and still lag well behind other sectors.

Analysts at McKinsey expect the “fast rebound” in consumer spending we are starting to see, from not only the government stimulus, but relatively low consumer debt or asset price bubbles.  But they only expect some structural trends to “stick,” including increases in e-grocery and commerce, “home nesting” with entertainment from streaming movies and games, and virtual health care.  In contrast, “remote learning…leisure air travel, and live entertainment will likely revert to pre-pandemic patterns.”

Even the rocketing price of housing doesn’t worry many analysts.  Forbes contributor Peter Lane Taylornotes that house prices are up almost 16% year-over-year.  But loan quality is much higher than the 2007 housing bubble that led to the financial crash and Great Recession, and upper-income households have done well in financial markets, helping fuel housing prices.  Plus, there’s little supply of existing or new housing relative to demand, and continuing low mortgage rates (as the Fed keeps rates low).

But some of these trends were visible before the pandemic.  In retail, Amazon
and other e-commerce firms were grabbing higher shares of sales before the virus.  Walmart’s U.S. e-commerce sales grew by around 35% in 2019, before the pandemic hit.  And a 2019 story described a “tsunami of store closures” hitting shopping malls from online competition.

Other dramatic claims about pandemic impacts are being adjusted downward.  Last year, there was a flurry of stories about “post-pandemic migration” from cities, especially higher-cost ones.  But recent analysis finds over 80% of household relocations were in the same metropolitan region.  In 2020, William Frey at the Brookings Institution showed that American internal migration “hit a 73-year low” in the year before the pandemic, so even some increase in moves wouldn’t offset the long-term trend.

And urbanist Richard Florida tried to remind people that families over time move from expensive cities and also to suburbs as they have children.  The pandemic’s most likely location effect is accelerating changes that would have happened anyway over a slightly longer time period.  Florida correctly said the main truth about the pandemic’s impacts will be to  “accelerate shifts already underway in how we live and work.”

There’s one more disturbing trend the pandemic has accelerated—inequality.  The Federal Reserve Bank of St. Louis reported that pre-pandemic, in 2019, “the top 10% of U.S. families owned 76% of the wealth,” compared to only 1% owned by the bottom 50%.  Black families had only 12 cents on the dollar compared to white families, even though wealth inequality is very high among whites as well.

The pandemic also has reinforced inequality in the labor market.  Opportunity Insights reports that high-wage jobs have returned to pre-pandemic levels.  But jobs for the lowest-paid workers—those earning less than $27,000 per year—are still 29.9% below their pre-pandemic level.

Even with declining overall unemployment rates, the rate for Black workers in March was 9.6% compared to 5.4% for whites.  This gap, like other persistent racial gaps in housing, health care, and wealth, is a long-term feature of the American economy.

The cumulative impact of these gaps left Blacks more vulnerable to Covid-19, as shown by their higher death and disease rates.  As economists Elise Gould and Valerie Wilson said, Blacks face two “lethal preconditions” for Covid-19—“racism and economic inequality.”

President Biden is trying not only to restore overall economic growth, but also to address these structural inequalities.  The new GDP numbers are great news and show the power of government policy and spending.  But neither economic growth nor improving public health by themselves will solve our structural inequalities , which have been accelerated by the pandemic.  That’s perhaps Covid-19’s biggest impact.