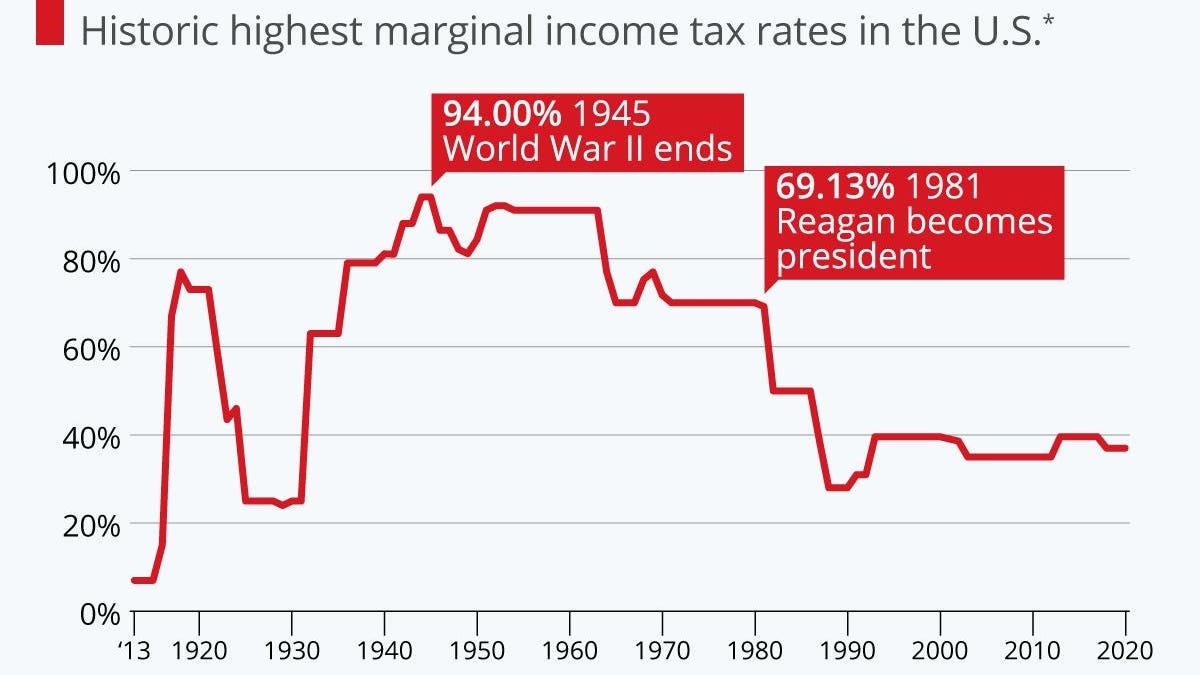 Last week, The New York Times
reported that President Biden is seeking to increase taxes on the rich in order to fund childcare and education under a strategy dubbed The American Family Plan. This is expected to involve investments to fight poverty, reduce childcare costs, establish a national paid leave program and introduce both free prekindergarten and community college. The plan would be offset by nearly doubling the capital gains tax for people earning more than $1 million per year while the top marginal income tax rate would be raised from its present 37% to 39.6%.

Proponents of higher taxes on the wealthy have been calling for an increase in marginal income tax rates for years. Back in 2019, Representative Alexandria Ocasio-Cortez proposed implementing a 70 percent marginal tax rate on America’s highest earners ahead of the World Economic Forum, where unsurprisingly, it was given a rather icy reception. Nevertheless, polls have consistently found widespread public support for hiking the marginal tax rate with a Hill-HarrisX survey finding that a majority of the U.S. public actually supported Ocasio-Cortez’s proposals back in 2019. The marginal tax rate is the highest tax rate paid on someone’s income and it only applies to income above a certain level. Down through the years, rates as high as 90% were not uncommon.

This was particularly evident in the 1940s when funding U.S. involvement in the Second World War necessitated large tax increases, particularly among America’s highest earners. Towards the end of the conflict, the highest marginal tax rate for U.S. earners was 94% while it remained as high as 91% well into the early 1960s. When Ronald Reagan became president in 1981, he slashed taxes, sending the marginal tax rate tumbling from 70% when he took office to just 28% when he departed. It has remained low ever since, according to data from the Tax Policy Center, never rising above 40%.

A Roth IRA could help you buy a home. Here’s what to know
Michael Jackson’s Estate Mostly Prevails In Valuation Fight With IRS
States must refund unemployment benefits they clawed back in error, Labor Department says. It may take a year
XPO Logistics reports quarterly earnings and revenue that beat expectations, raises guidance
GM expects strong first half of year despite production interruptions due to chip shortage