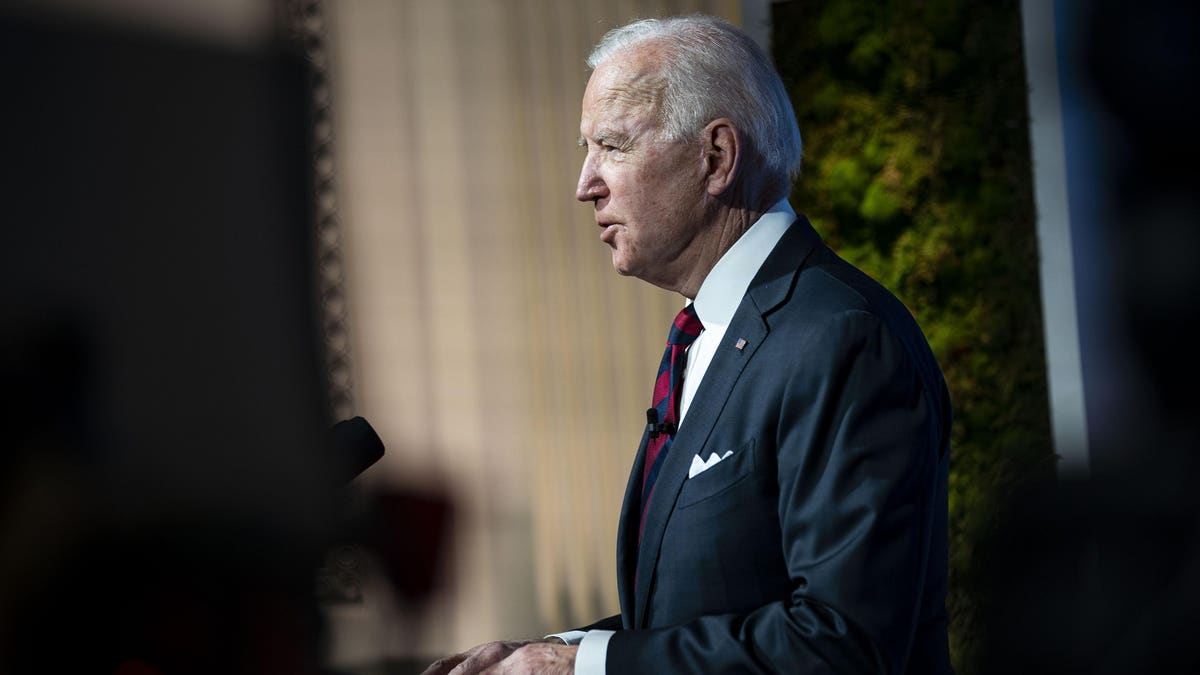 Stocks fell sharply Thursday afternoon after a Bloomberg report that President Joe Biden is hoping to hike the capital gains rate to as much as 43.4%, sounding an alarm for investors concerned over the potential toll on trading profits.

Meanwhile, the S&P 500 and tech-heavy Nasdaq also fell about 1.1% apiece, putting each of the major indexes on track for a third day of losses this week as corporate earnings begin to show signs of economic weakness.

According to Bloomberg, Biden’s proposed tax of 43.4% would lift the base capital gains rate, which is levied against profits from the sale of investments, to 39.6% from 20%—as previously reported—for individuals making more than $1 million annually, but it also bundles in the existing Obamacare tax of 3.8% on certain capital gains.

The report, published shortly after 1 p.m., immediately tanked stocks, which were roughly flat for the day beforehand.

“Wall Street hit the panic button and headed for the sidelines” after the report, Oanda Senior Market Analyst Edward Moya said in a Thursday afternoon note, adding that the plan could mean a 56.7% and 56.2% total capital gains tax in California and New York respectively. “Sticker shock over some of these tax figures will be hard to shake off for some investors.”

Biden’s set to release additional details on his tax plan for individuals next week, Vital Knowledge Media Founder Adam Crisafulli said in a Thursday email. “This isn’t positive, but it’s also not new… There is still a long road ahead though before any of this becomes law,” says Crisafulli, referencing the staunch opposition Biden is likely to face from Republicans who have argued that the current rates promote investment and economic growth.

Biden Will Seek To Nearly Double Capital Gains Tax For Wealthy, According To Report (Forbes)

Who Will Be The Biggest Losers From Biden’s Tax Hikes? (Forbes)

This 26-year-old woman is on track to make $1 million this year. Here are her 4 steps to becoming financially independent
How To Succeed In Digital Taxation Without Really Trying
Venture capitalist Alan Patricof: Capital gains tax hike would not change investor behavior
A Second Look: Four Retirement Rules Of Thumb
Stocks making the biggest moves in the premarket: Beyond Meat, Peloton, Roku & more