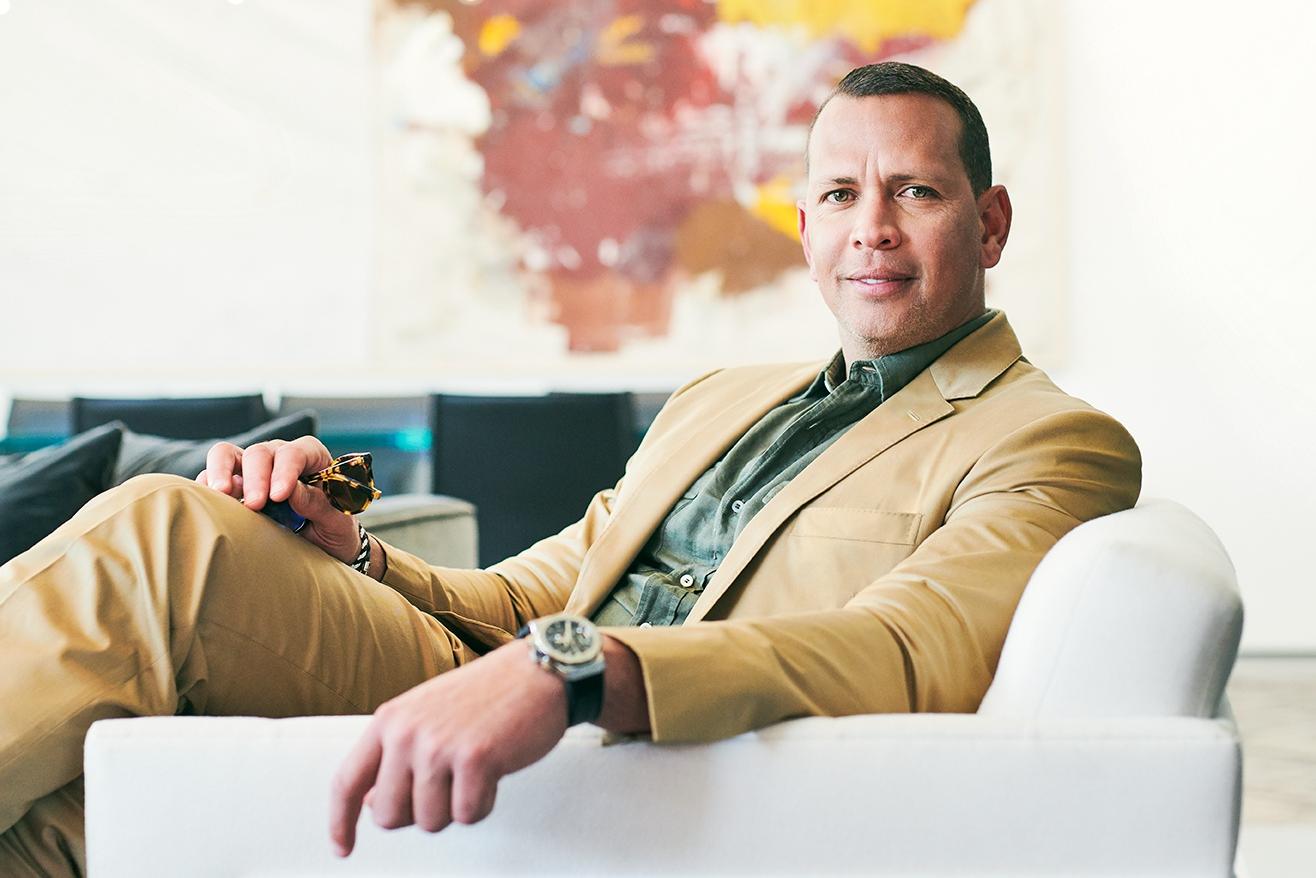 Alex Rodriguez and Jennifer Lopez are major players in sports, Hollywood, music—and investing. What does the A-List break-up mean for fortunes?

Alex Rodriguez and Jennifer Lopez have officially called it quits, splitting up one of the world’s richest power-couples. The pair, who started dating in 2017 and got engaged two years later, wielded a pop-culture and commercial influence that rivaled other dynamic duos like Jay-Z and Beyoncé, and (while they were still together) Kanye West and Kim Kardashian.

J. Lo, 51, is one of America’s wealthiest self-made women with a net worth of more than $150 million from her music, film, and endorsements. Over her decades-long career, she appeared in nearly 30 films, has dropped eight studio albums, staged a series of world tours (her 2019 tour with stops in Egypt, Israel and Russia grossed $55 million) and earned money from a Las Vegas residency. She has also pulled in millions a year from endorsements from such brands as Versace and DSW.

A-Rod, 45, one of the top earning athletes ever, has amassed a fortune of at least $400 million based on Forbes estimates.  Rodriguez has used his star power, network of billionaire business leaders, and roughly $130 million in take-home pay (after deducting taxes, fees, and A-list spending and before compounded interest) to build A-Rod Inc—a sprawling portfolio with stakes in tech start-ups, trophy high-rises, construction firms, hospitality companies, and thousands of multi-family homes. “I came from very little,” says Rodriguez, whose family was often pushed out of apartments by rising rents. “I remember as a young boy, getting down to my knees and praying that one day, I would trade places with the landlord.”

Together the celebrity duo had started investing their astronomic earnings into a branding, real estate and investment empire that, if the relationship had held, could have made them America’s latest billion-dollar power couple.  “Alex made me realize as an artist, I was a scarce asset and the business world was searching for people like us so they can build billion-dollar businesses,” Lopez told Forbes in December. “He got me comfortable with investing my own money into other companies and into myself.” That includes skin care line, JLo Beauty, which launched in January online and at Sephora.

The romance is over, but A-Rod and J. Lo’s fortunes are likely to continue to boom on their own in the current frothy markets. The couple has joint investments beyond JLO Beauty including luxury real estate and venture-backed start-ups. Two early tech companies, in which they invested together, went public earlier this year, insurance company Oscar Health and telehealth startup Hims & Hers Partners, in whose ads she appears (A-Rod says he put $5 million into the latter, which is now worth nearly $13 million).

But the bulk of their portfolios are largely separate and focused in different areas (J.Lo in music and endorsements, A-Rod in real estate and tech). And because they were never married, the business split is simpler.

A-Rod, for one, isn’t missing a beat.  This week, before the break-up news hit Hollywood, Rodriguez shocked the sports world, announcing that he and Jet.com founder (and former Walmart executive) Marc Lore were in talks to purchase a majority stake in the NBA’s Minnesota Timberwolves in a deal that would value the team at $1.5 billion.  (He and Lopez led a group of investors in an unsuccessful $1.7 billion bid for the New York Mets last summer.)

In February, he listed his own SPAC, Slam Corp, which he started with hedge fund founder Himanshu Gulati. Investors gave Slam $500 million—and free reign to invest the cash in whatever business it wants. Rodriguez is Slam’s CEO and, in the strange calculus of SPAC structure, stands to reap significant equity shares (without risking much capital) if Slam finds a company to buy.

Rodriguez realized early on that he needed to start investing.  “Your baseball career will take you to your mid-30s, if you’re lucky. While you’re old on the baseball field, you’re a kid in the business community,” says Rodriguez, who, following the lead of many MLB team owners, has plowed his earnings into investment properties. “I loved that as your playing career winds down, your real estate should be appreciating.”

For advice, he leaned heavily on other sports and business moguls, like NBA great Magic Johnson. “Alex was the first athlete I met who really committed to be a great businessman. He was really serious so we clicked right away,” says Johnson, who made a fortune investing in sports, food, entertainment and real estate. “It’s funny how we’re so much alike. We don’t gravitate towards mediocrity. We want to be the best so we get with the best and do what it takes to get into those rooms with powerful people that have accomplished things we aspire to.”

On road trips with the Rangers and Yankees, Rodriguez would reach out to the most powerful people in the city. “Magic taught me that when you go into all these cities, pick up the phone to see [if] the top business folks in town will meet you for lunch and you’ll be surprised at how many people will say yes,” says Rodriguez. “The trade was pretty simple. They taught me business. I taught them baseball. It was a good currency exchange.”

For two decades, A-Rod collected business mentors the same way fanboys accumulate sports memorabilia. In 2000, after learning that Berkshire Hathaway had insured part of his record-breaking $252 million contract with his then team, the Texas Rangers, A-Rod cold-called Buffett’s longtime assistant Debbie Bosanek. “I said ‘It looks like Warren and I are in business together,” says Rodriguez. The call launched a twenty-year long friendship.

A-Rod laughs when recalling how he wrangled his way into White Sox billionaire owner Jerry Reinsdorf’s office dripping in sweat, dragging orange dirt from the field behind him and still wearing his metal cleats after batting practice. “First of all, I probably smelled terrible,” says A-Rod. “Second, we never talked about baseball—it was all business.”

A-Rod impressed Reinsdorf with his early portfolio and eagerness to learn. “He had been acquiring a lot of apartments in Florida and I told him the sunbelt was a good market,” says Reinsdorf.  “I also told him he should try to acquire his assets relatively in the same geographic region so it’s easier to manage.”

Rodriguez says there is one lesson he still follows. “Jerry said ‘Alex, if your occupancy is at 99%, your rents are too low; 88% means rent is too high. You should always be dancing around 95%.’ And that’s been our policy over the past 15 years.”

There’s also an eagerness to teach himself the ropes. “In all the years I’ve known him, Alex has never shown up for a meeting without a notebook and five minutes after he leaves I always get a follow up with a to-do list,” says Mary Callahan Erdoes, CEO of J.P. Morgan’s $3.8 trillion asset and wealth management division.

A-Rod has plowed much of his energy and money into real estate in now red-hot southeastern Florida.  Since inception, A-Rod Corp. has amassed a stake in more than 14,000 multifamily residential properties and developed more than 15 million square feet of real estate. The majority of the investments run through Monument Capital Management, which Rodriguez cofounded in 2012 to focus on multifamily developments. Monument’s playbook is to buy properties at a 15% to 25% discount, fix them up with its own construction team and, after years of appreciation, sell for a profit.

“The thing that people don’t see is Alex has a relentless pursuit of being the best. It’s one thing to want it, and another thing to accomplish what he has already done.”

It has since launched four funds, which hold properties worth at least $270 million net of debt, according to data provider Real Capital Analytics. Rodriguez won’t disclose how much of his cash he’s plowed into Monument’s funds, his stake in the firm or the company’s fee structure, but others say he’s hitting it out of the ballpark. “He convinced me to invest in his real estate funds, which have had incredible returns—amongst the best of anyone in the space,” says hedge-fund billionaire Daniel Loeb, who Rodriguez met at Art Basel in Miami over a decade ago.

Says billionaire Jonathan Gray, the COO of private equity and real estate giant Blackstone:  “It’s clear that he has this attraction to real estate and a very good instinct to do a lot of it in rental housing where there’s been a shortage of quality housing.”

The cash flow from Monument has built a foundation for flashier bets. A-Rod has more than a dozen strategic joint ventures including deals with billionaire real-estate financier Barry Sternlicht of Starwood Capital, property management firm Stonehedge and Miami-based CGI Merchant Group. For the CGI deal, which was announced in mid-December, A-Rod is using his starpower to help raise $650 million to buy and develop hotel properties in white-hot Miami and other locales. (It recently announced a $30 million investment into Atlanta’s Morris Brown College with plans to convert it into a luxury hotel and training center).

While he’s hung up his bat for good, A-Rod remains as competitive as ever. “The thing that people don’t see is Alex has a relentless pursuit of being the best,” Lopez says. “It’s one thing to want it, and another thing to accomplish what he has already done.”

Elizabeth Holmes back in court for first time in 15 months, putting Silicon Valley culture under scrutiny
3 Best Ways To Remain Independent As You Age
The King Of Pop Beats The IRS In Tax Court Estate Case
Papa John’s earnings smash expectations as pizza demand remains strong post-pandemic
Cramer says he sold some ether after record highs to put toward an all-electric Hummer