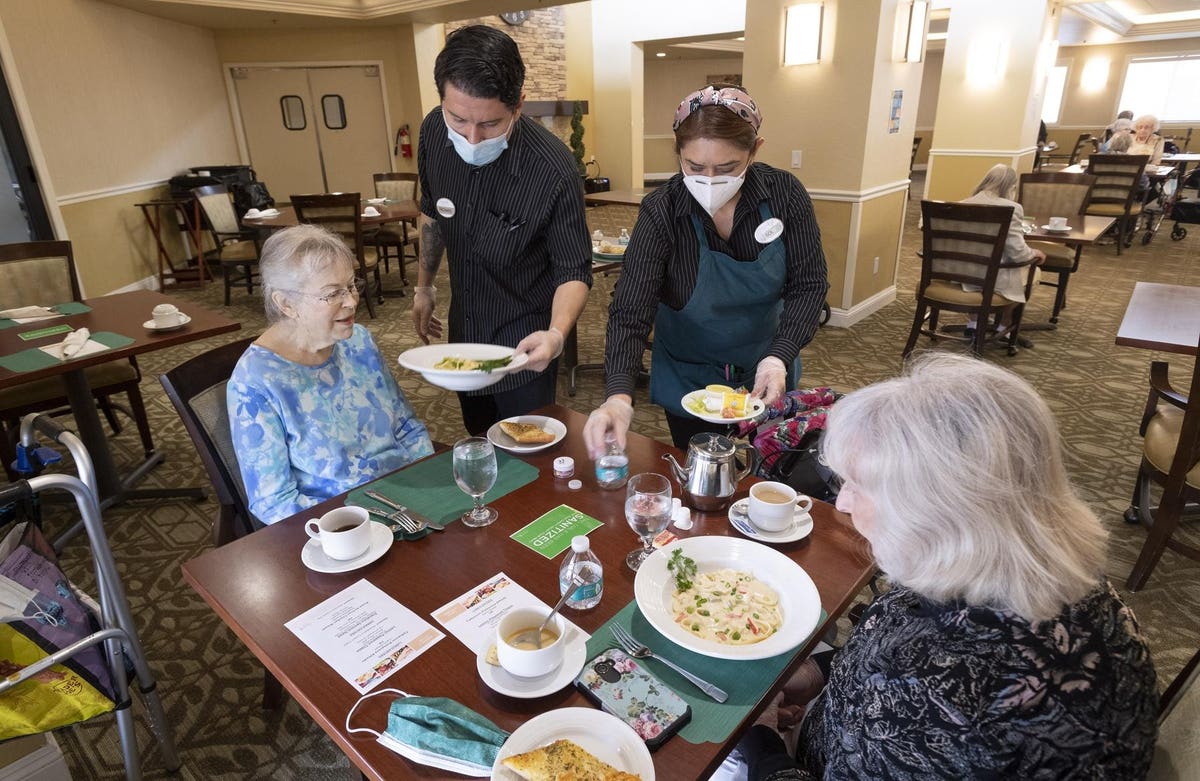 President Biden’s $2 trillion-plus American Jobs Plan has lots of funding for traditional physical infrastructure, but also for workforce development, high-speed broadband, child care facilities, and a $400 billion expansion of care for the elderly and disabled.  Although this expansion has been criticized, Biden is more than justified in expanding the definition of “infrastructure” to match our modern economic needs.

Republican critics say it isn’t a jobs plan, but a “slush fund” full of “failed Obama policies” with only “5% of the total” spent on “roads and bridges.”  At the same time, Republican lawmakers are rushing to include projects in their home districts or states.  Transportation Secretary Pete Buttigieg says “my phone is blowing up” with calls from members of Congress.

But our modern economy needs more than roads and bridges, although those are badly in need of maintenance and repair.  But Biden wants Americans to understand and invest in a broader definition of public infrastructure.

But necessary public expenditures aren’t defined by the dictionary or an economics textbook. Circumstances change and economic needs change with them.  And history shows that adding significant essential government spending and regulation always is a political fight.

In 1909, Magistrate Willard Olmsted told New York garment workers striking for safety regulations that they were are on strike “against God and nature.”  Safety regulation wasn’t a public concern, simply a matter of private contracts.   Some of those strikers worked at the Triangle Shirtwaist Company where two years later a fire killed 146 people, some trapped by locked emergency exit doors and others leaping to their death to escape the flames.  Public outrage finally led to union – advocated workplace health and safety regulations that created a new public responsibility and a new public good.

Other business leaders support the plan, both the corporate rate increase and the new expanded spending.  Last week, the advocacy group Invest in America featured women business leaders who emphasized the positive economic effect child and dependent care would have for working women and women-owned small businesses.

President Biden is proposing a historic expansion of what is necessary infrastructure for a modern, fair, and prosperous economy.  We are in for a big fight over this.  But Americans always have to fight for these expansions.  Policies and programs that we now take for granted—universal public education, Social Security, race and gender fairness in employment and business, Medicare—always have been fiercely opposed by people who said those weren’t the government’s business.

Republicans say they support a more modest infrastructure bill.  But Democrats remember 2016, when they blocked a fully-paid for package focused on traditional infrastructure.  And recently Senator Susan Collins (R-ME), seen as a moderate by some, reportedly “burst out laughing” when asked if Senate Republicans would support Biden’s tax proposals to pay for the bill.

Republicans will rail against the so-called “slush fund” while at the same time seeking federal dollars for their own districts and states, leaving Democrats to carry the bill forward.  Fortunately for them, the bill is popular, both in its scope and in how it is paid for.

So there’s little reason for Biden to scale it back, either in total dollars or in its expanded scope.  America’s economy is overdue for this type of legislation, both in total spending and in recognizing that a modern economy needs public spending on all of the elements—from roads and bridges to broadband to worker training to elder care—that the President is advocating.

Papa John’s earnings smash expectations as pizza demand remains strong post-pandemic
How Does A Real Estate Crash Affect Your Portfolio?
The Mega Millions jackpot is $345 million. Here are tips for handling the windfall if you win
Leon Cooperman: 3 things wealthy people shouldn’t do and 1 thing they should
GM expects strong first half of year despite production interruptions due to chip shortage