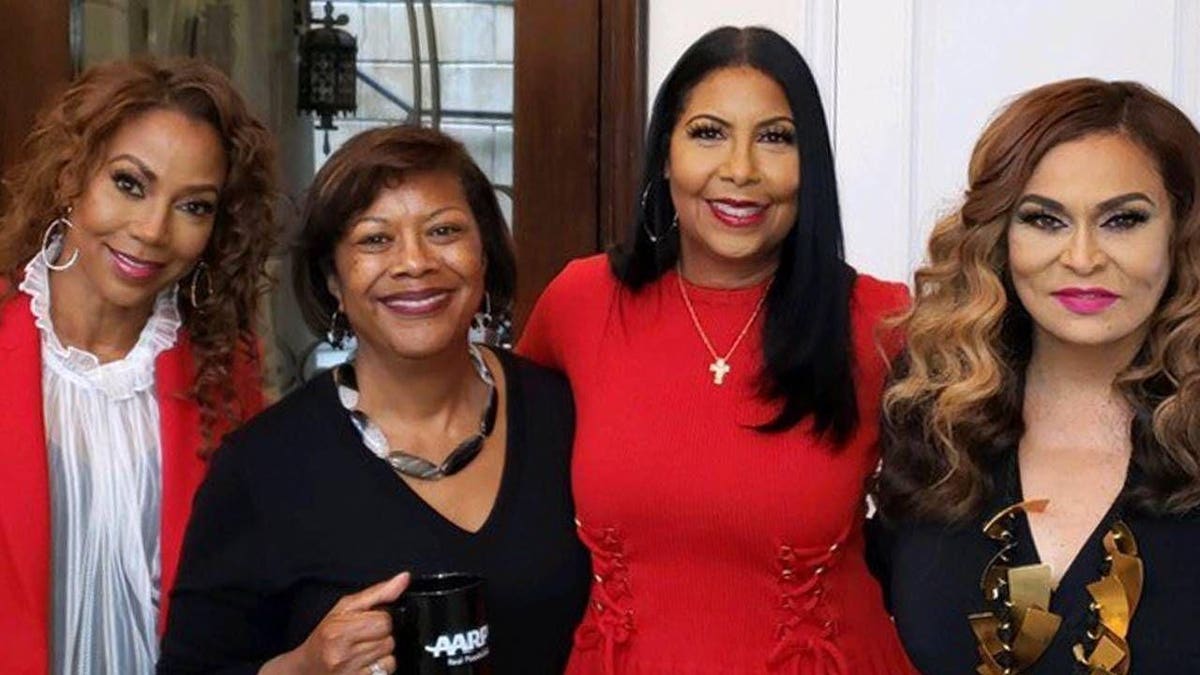 By Leslie Hunter-Gadsden, Next Avenue

Amid the backdrop of dual pandemics (Covid-19 and structural racism), America’s racial, economic and age disparities have raised the urgency of organizations to address diversity, equity and inclusion (DEI). The Derek Chauvin trial and ongoing police violence make attention to DEI particularly critical.

So, Next Avenue spoke to the four largest organizations serving older adults (AARP, American Society on Aging, Gerontological Society of America and National Council on Aging) to find out how they are addressing diversity, equity and inclusion. We wanted to learn what they’re doing and planning externally, as part of their programming and outreach to members and the general public, as well as internally within their groups.

“Organizations that are complacent with regards to DEI are, by its very nature, complicit to a lot of the injustice we see more broadly.”

As Judith Katz, who gave the keynote address at the American Society on Aging’s On Aging 2021 Diversity Summit Tuesday April 6 said: “The time is now.”

Jean Accius, a Next Avenue Influencer in Aging who is senior vice president of global thought leadership at AARP, put it this way in another DEI session at the On Aging 2021 conference: “Organizations that are complacent with regards to DEI are, by its very nature, complicit to a lot of the injustice we see more broadly.”

Groups such as SAGE, which focuses on LGBT older adults; Justice in Aging, a national nonprofit legal advocacy organization that fights elder poverty and elder abuse and the John A. Hartford Foundation, dedicated to the care of older adults (and a funder of Next Avenue), have all upped their DEI game lately and described this at the On Aging 2021 conference.

But at an On Aging 2021 Diversity Summit session when attendees were polled about the effort their organizations were most focused on, the Number One answer was “compliance” — more than Diversity or Equity or Inclusion.

And DEI efforts by the largest organizations serving older adults seem to be mostly in the early stages.

“We obviously have some work to do,” Katz, a management consultant focused on inclusion, said at the On Aging 2021 Diversity Summit.

Here’s what the four largest organizations serving older adults are doing and planning regarding diversity, equity and inclusion:

AARP CEO Jo Ann Jenkins has said: “We see an opportunity to build on our efforts to address long-standing disparities in health, economic security and quality of life — and to redouble our efforts to combat racism and ageism. All people should have access to the resources, services and support that empower them to live a life in dignity, good health and purpose — regardless of age, race or income.”

In March 2021, she announced the creation of a new Diversity, Equity and Inclusion group and promoted Edna Kane-Williams to the role of executive vice president and chief diversity officer to lead it. Williams had been senior vice president of multicultural leadership at AARP.

“Focusing on age inclusion and age discrimination is what we’ve been doing for years at AARP and the new group is an expansion of that,” Kane-Williams told Next Avenue. “The DEI group and chief diversity officer role were created to heighten the organization’s focus on its social mission work and best serve Americans fifty-plus, a rapidly diversifying demographic.”

“We must break down the barriers that are in the way of meaningful aging. Structural racism and ageism are two of those barriers.”

According to Kane-Williams, AARP’s work to address health and financial disparities in America ranges from federal and state legislative advocacy to legal advocacy to programs and services.

“Particularly notable in this moment is our work to address the coronavirus crisis in nursing homes – a clear reminder of racial disparities’ toll,” she said. “African Americans are nearly twice as likely to be hospitalized and shoulder a disproportionate number of deaths. Our CEO recently stood with five other Black CEOs to champion equity in vaccine access.”

AARP’s DEI agenda, Accius said at the On Aging 2021 conference, includes “addressing disparities by creating a more equitable society where race and other social demographic factors do not determine health and economic outcomes or the opportunity to live longer, healthier and more productive lives.” Addressing such disparities, he added, “is a moral imperative and also a business priority.”

At AARP, much of the DEI focus is on addressing ageism.

The organization is testing “a new age-inclusion training program which we will try internally first, then offer as a pilot program to a couple of external employers,” said Kane-Williams. “In addition, a mutual mentoring program is being developed where older and younger staff members would be selected to mentor each other and mix their perspectives and strengths.”

Creating the new DEI group, said Kane-Williams, is part of AARP’s effort to get society to rethink how it sees aging in our economy.

“People are living longer and some may choose to work longer than in the past. We have been engaging with companies to incorporate that concept into their staffing plans,” she said.

In the coming five years, Kane-Williams noted, AARP wants to see age as prominent a part of the equity and diversity equation as gender and fairness to LGBTQ, Black, Latinx, Asian American and Pacific Islanders and other minorities.

AARP is also trying to help workers 50+ weather the pandemic.

“While unemployment is tough to navigate at any age, this crisis has taken a heavy toll on older workers. They may end up retiring earlier, settling for lower-paying jobs or underemployment. We know age discrimination is real,” said Kane-Williams.

So, AARP offers a range of resources including virtual job fairs, a job board, support for upskilling and reskilling, interviewing and resumé help, job search tips and information about age discrimination and bias laws.

Equity has been the theme of the virtual American Society on Aging (ASA) annual conference, On Aging 2021. The conference began April 6 with workshops, keynote addresses and 150 sessions in ASA’s five strategic priorities for promoting actionable change: justice and equality; health and well-being; innovation and social impact; economic security and ageism and culture.

In 2019, when ASA developed a new five- year strategic plan, the group included a diversity, equity and inclusion arm of its board; DEI programming for members; and DEI staff training, according to CEO and president Peter Kaldes.

“We’re looking at how to drive public policy change and what rising professionals and middle managers at aging organizations need to do to institute stronger diversity, equity and inclusion practices,” Kaldes told Next Avenue. “Our approach is: How can we have a cross-section of society in terms of age, gender, LGBTQ and race among our members and others who work with, and on behalf of, older adults? With Covid-19, all the inequities are being exacerbated.”

Added Kaldes: “You can have a really smart tech person at age sixty-five as well as age thirty-five. Older people still have innovative ideas; they’re still creating. It is unfair to write them off as no longer contributing in any industry.”

Kaldes said ASA believes that “age must be a part of DEI and it’s important to see faces that are not all white, male and thirty-five.” DEI, he added, means becoming inclusive of all, reflecting society, and looking through an expansive lens.”

The Gerontological Society of America (GSA), devoted to research and education in all aspects of gerontology (medical, biological, psychological and social), created a Diversity and Justice Working Group in 2020.

“It was established by our former president, Kathryn Hyer, in response to the murder of George Floyd and all the events that happened afterward to really try and take a structural look at our organization and to see how we could intentionally increase the diversity of leadership positions on our elected committees,” GSA president Terri Harvath told Next Avenue.

“We talk about the fact that aging well should be a right, not a privilege.”

“To reflect that we are meeting the needs of all communities, GSA continues to conduct clinical aging research on the health effects of racism on people of color, guided by its Minority Issues in Gerontology Advisory Panel, established in 1987,” said Harvath, a professor and senior director for strategic initiatives and director of the Family Caregiving Institute, Betty Irene Moore School of Nursing, at the University of California at Davis in Sacramento.

GSA working groups usually sunset after a year or two, but Harvath renewed the Diversity and Justice Working Group for 2021. The organization now requires a diversity statement from all candidates for GSA leadership roles, too. “I have also asked the group to develop a diversity statement that we can put on our website,” Harvath noted.

The GSA also plans to hire a consultant, “building on ways to make our organization more intentionally inclusive,” Harvath said. “There’s no lack of highly talented individuals of color, but it’s insidious, to the extent that when we don’t go out of our networking group, then it continues to be a white man’s and white woman’s ‘club’ because people elect who they know rather than doing the research to find qualified, diverse candidates.”

Harvath said that moving experienced, diverse professionals in gerontology into more positions within GSA enriches the entire field. So far, she has appointed two people from diverse backgrounds to serve on the GSA governance committee.

“GSA is committed to healthy aging for our members and everyone else. In order for that to happen, we must break down the barriers that are in the way of meaningful aging,” said Harvath. “Structural racism and ageism are two of those barriers.”

In March 2021, the National Council on Aging (NCOA) — the first charitable organization in the U.S. to provide a national voice for older Americans and act as their advocates — unveiled an “Equity Promise.” It’s a new framework to serve as the NCOA’s guide for strategic planning, programming and advocacy efforts.

“We talk about the fact that aging well should be a right, not a privilege,” said Ramsey Alwin, CEO of NCOA.

One way the group aims to help all people to age well is through its online tool, “BenefitsCheckup,” which helps older adults find benefits they are eligible to receive from programs for food, utilities, medicine and more.

Also, Alwin said, “Due to the pandemic, we’ve seen over a million workers leave the workforce,” largely because they lost their jobs or had caregiving responsibilities. “We’ve seen this for older workers, older women and especially African American, Latinx and Asian American women.”

Consequently, NCOA is now looking at the “intersectionality of age, race and gender in terms of the workforce,” Alwin said. “And our organization needed a framework for how we are going to address the long-standing racial inequities.”

Her group’s goal: helping 40 million individuals acquire economic security, improved workforce programs and access to benefits by 2030, through its partnerships with small community groups, other large organizations in the aging sector and legislative advocacy.

NCOA “is going to advocate for employment, training and placement for older adults. We really want to ensure that older workers are served,” said Alwin. “The events of the past year had us use the equity lens to evaluate the stance that we will take to move forward.”