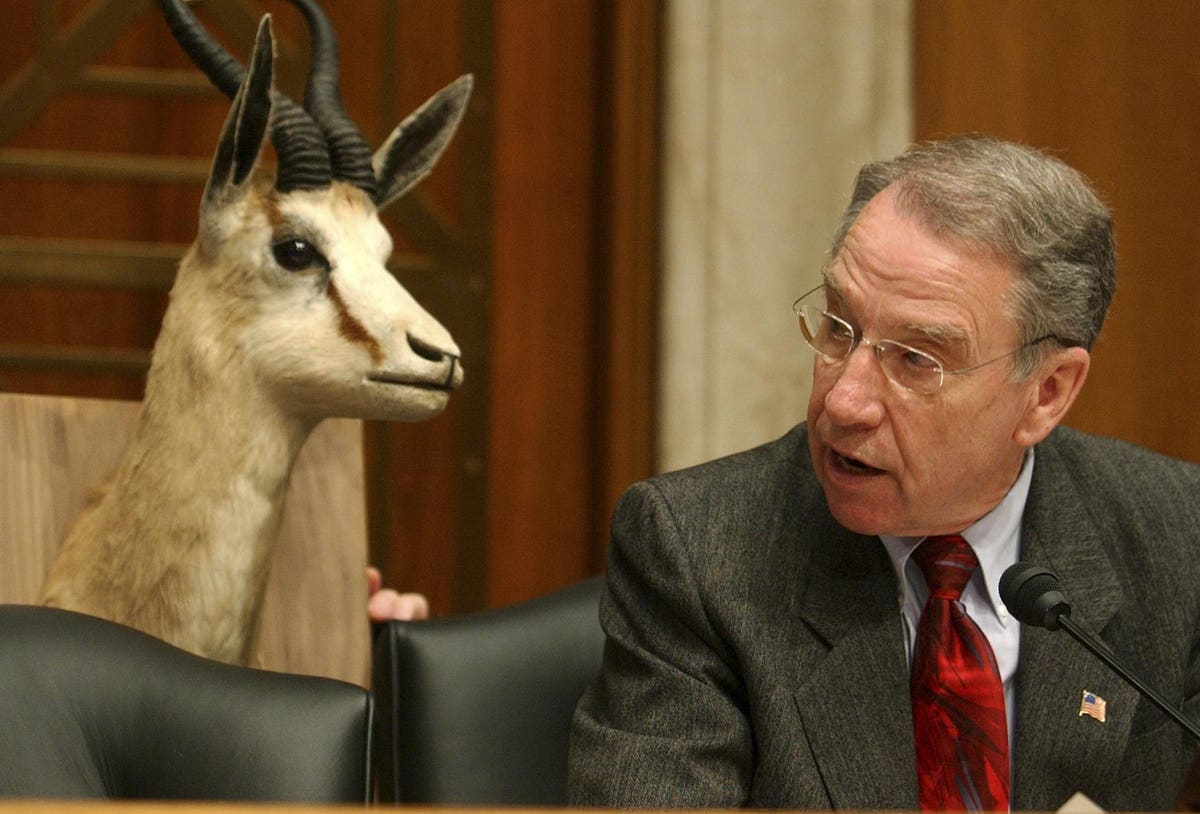 The Biden administration has put forward its infrastructure proposals and is now seeking to garner bipartisan support. One area that has bipartisan support (and very much needs reform) is the tax incentives for charitable giving. Reform of the tax incentives for charitable giving has a two-fold benefit: getting charitable dollars into the hands of working charities that will lift-up those most in need; and, doing so at little cost to taxpayers.

Put Charitable Dollars In The Hands Of Working Charities

Easily one of the most head-scratching realities in charitable giving today is that three of the biggest charities in this country are named Fidelity, Schwab and Vanguard.  The charitable arms of these financial institutions – organized as Donor Advised Fund (DAF) sponsors— take billions of dollars of contributions in from their wealthy clients (with the clients immediately benefitting from a tax deduction for a charitable contribution). The great majority of the charitable money in DAFs – over $140 billion — is just warehoused with the financial institutions earning huge fees managing the money. (Every year they stockpile about 85% of the funds that are available for charitable distribution).

The growth of charitable dollars being warehoused in DAF’s is jaw-dropping. In 1991 (the first year DAFs were allowed to be formed under IRS guidance) DAFs and private foundations received about 5% of all donations by individuals. By 2019, the most recent year for which data is available – 12.7% of individual giving went to DAFs and an additional 15.1% went to private foundations – over 500% growth in percentage of individual giving to these warehouse/intermediaries. Unfortunately, there has been no increase in individual giving over all (according to Giving USA 2020) – so this means essentially that more charitable donations are being siphoned off to be warehoused and less ending up in the hands of working charities.

In addition, unlike private foundations, there is no requirement that the money in a DAF is moved out to an actual working charity (like the Salvation Army or a food bank) that is helping those in need. The money can sit – forever.  Even worse, the current rules around DAFs let private foundations avoid their payout rules because they can meet their payout rules by giving to DAFs where it can continue to sit and do nothing (yikes!).  More on this absurd policy – and solutions — can be found by me here and more importantly by top tax law professors Roger Colinvaux and Ray Madoff here.

Happily, an important new organization has been formed – the Initiative to Accelerate Charitable Giving (IACG) supported by a number of leading voices in the charitable sector that is calling on Congress and the Biden administration to enact common-sense reforms for DAFs as well as Private Foundations and the non-itemizer deduction.

For DAFs the IACG reforms would require that the tax deduction is provided for donations that are committed to being distributed to a working charity within 15 years. To avoid overvaluations (a huge problem in this area – and a major way for the wealthy to lower their tax bill) the income tax deduction for closely-held or restricted stock would be the amount of cash made available in DAF accounts as a result of the actual sale.  Brilliant. No more fast-and-loose appraisal games – the value of an item is what it sold for in an arms-length transaction between a willing buyer and willing seller. Who knew? For the administration seeking to address the tax gap and ensure the wealthy are paying their fair share – this is an obvious loophole closer.

The 15-year spend-out rule proposed by IACF is a friendly alternative to the proposed payout for DAFs of 5% per year (similar to private foundations) which my old boss Senator Grassley (R-IA) put forward as well as proposals by Ways and Means Committee Chairmen Camp (R-MI) (requiring a 15-year payout rule) and Brady (R-TX) (require reporting on payout and encourage DAFs to put in place best practices for payout).  See particularly Grassley’s proposals in S 2020 introduced in 2005 – Section 331, requiring a 5% per account payout and even stronger anti-abuse rules for closely held stock. Most importantly, the IACG proposal will ensure that the billions of dollars currently gathering dust in DAFs go to charities that are helping the poor and improving our communities.

We have a tax incentive for charitable donations that has encouraged over $140 billion dollars to be given for charities – but is not being used by charities. Without reform, DAFs are essentially an incredibly expensive taxpayer-subsidized jobs program for money managers on Wall Street. Congress needs to ensure that this charitable tax incentive encourages the donation to go to work helping those in need.

Enacting these reforms – could likely raise money, given their anti-abuse nature  and more importantly will have an enormous impact in putting billions of charitable dollars to work – buying blankets; meals; and shelter for those most in need in our country.

While the commonsense IACG reforms have benefitted from a significant amount of bipartisan support – I am most heartened that two of the leading lights in the charitable sector overall Craig Kennedy and William Schambra (and certainly two of the most respected and knowledgeable voice on charities for conservatives) have written in favor of the IACG reforms.

Congress – Building on the Grassley Reforms

It is important for Republicans to remember that while charitable reform is bipartisan, the recent push for charitable reform started with Chairman Grassley’s (R-IA) efforts on the Senate Finance Committee (and later built on further by Chairmen Camp and Brady). I was a tax counsel for Grassley on the Finance Committee from 2001-2008 and as part of Grassley’s oversight work we were directed by Grassley to take the first hard look at the charitable sector in years. What we found was while there was much good – there was also much that was eye-blinking.

The problems Senator Grassley’s oversight uncovered saw ran the gamut of: charitable hospitals that overcharged the poor and grinded them with debt collection;  colleges with massive endowments that did little to nothing to control runaway tuition rises; and, fast and loose conservation easements and facade easements that provided big tax breaks to the wealthy and little to no benefit for the community. Other areas that we found abuse included: enabling corporate tax shelters; car donations that were vastly inflated in value (and that resulted in only pennies at best going to the charities); and even stuffed animals donated to museums (with the taxpayer deducting the entire cost of the safari).

Chairman Grassley was able to – on a bipartisan basis (particularly with the good support of Senator Baucus (D-MT) the then-ranking member of the Finance Committee) – enact a number of important reforms of charities and charitable giving that have greatly benefitted taxpayers and strengthened the nonprofit sector.   While these Grassley reforms included some efforts to rein in abuses at DAFs – it is clear that more reform needs to be done.  As Senator Grassley noted in a December 6, 2011 press release– the 2006 reforms only curbed the “most blatantly abusive transactions” – and that more work needed to be done – especially in the area of DAF’s that he right characterized as “sweetheart tax breaks for millionaires”

The size of DAFs has expanded exponentially since the first Grassley reforms were written into law several years ago. In particular, an area that was considered small and isolated (although with much potential for abuse) – the donation to DAFs of closely held stock and other similar nonmarketable items – has grown by leaps and bounds.  DAFs are converting the private philanthropy conservatives want into a tax benefit program for money managers. The IACG reforms build closely on the charitable reforms first put forward by Chairman Grassley – and gets us moving back to core principles that both sides of the aisle can agree on – that charitable donations should be getting into the hands of working charities that are helping the poor and our communities.

As the Biden administration works to bring together bipartisan support for its Infrastructure bill – an easy place to start would be to include the IACF charitable reforms as part of the package. The reforms will do a great deal of good for those most in need.