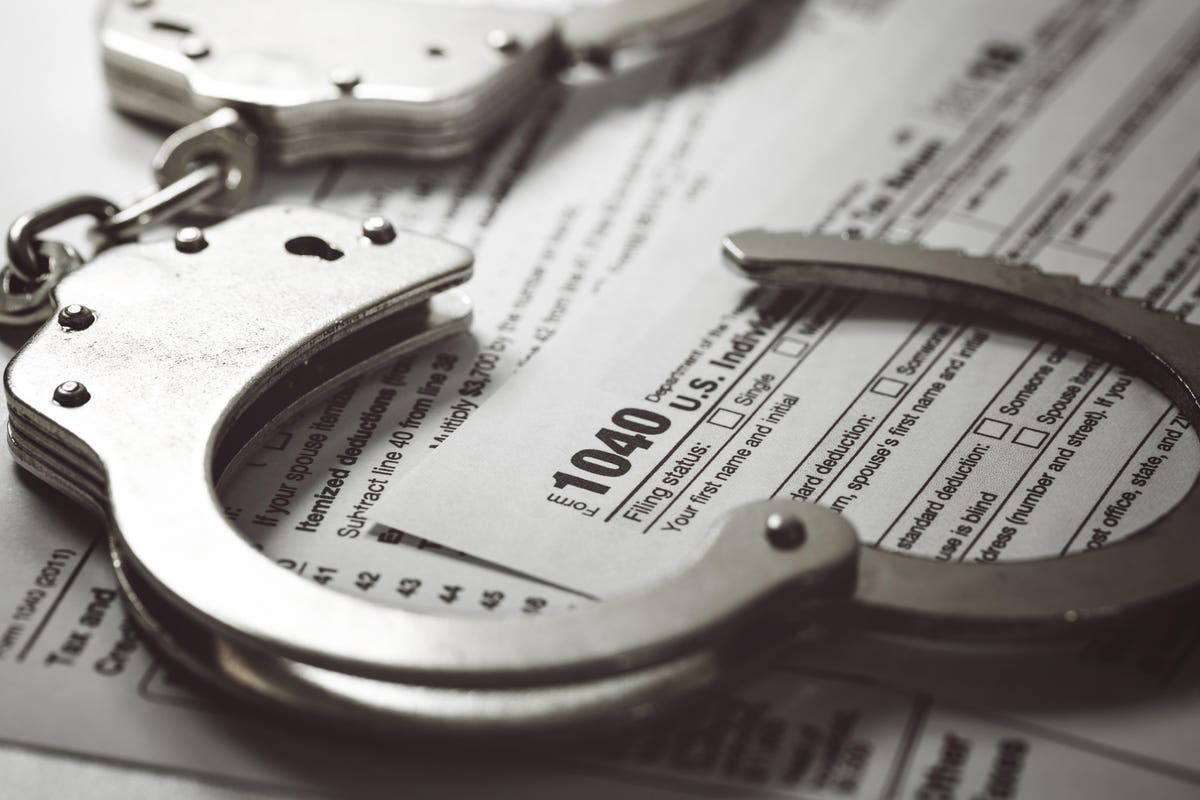 Are you comfortable signing your tax return under penalties of perjury? It’s almost April 15, but for most of us, Tax Day this year is May 17th. There’s a month left for you to stew about it, and the IRS and Department of Justice Tax Division want to make you think carefully. Willfully filing false tax returns or deliberately evading paying taxes are serious criminal offenses. The IRS and the Justice Department investigate and prosecute tax offenses from businesses and individuals, including underreporting income. employment tax fraud and identity theft. The Justice Department lists recent examples:

On Dec. 1, 2020, a New York City restaurateur was sentenced to 24 months in prison for tax evasion. Adel Kellel, the owner of Raffles Bistro, diverted business income for personal expenses, including rent for a high-end Manhattan apartment, college tuition payments for his children, and purchases from luxury retailers. As part of his sentence, Kellel was ordered to pay $613,478 to the IRS.

On Oct. 20, 2020, two biofuel company owners were sentenced to prison for conspiracy to defraud the IRS and preparing a false tax claim, among other offenses. Ben Wootton, 55 of Savannah, Georgia, was sentenced to 70 months and Race Miner, 51, of Marco Island, Florida, was sentenced to 66 months, after a jury convicted both defendants and their company, Keystone Biofuels Inc., in April 2019.

On Nov. 2, 2020, a New Jersey man was sentenced to 78 months in prison for conspiring to defraud the United States, filing false claims, and obstructing the internal revenue laws, following his conviction at trial. According to evidence presented at trial, between 2015 and 2016, Kenneth Crawford Jr. and his co-conspirators promoted and sold a “mortgage recovery” tax fraud scheme in which they obtained fraudulent refunds from the IRS for their clients. As a result of Crawford’s scheme, more than $2.5 million in fraudulent refunds were sought from the IRS.

On Aug. 21, 2020, a North Carolina risk consultant pleaded guilty to filing a false tax return and illegally possessing a firearm. From 2011 through 2017, Charles Atkins underreported income from several risk consulting businesses, causing a tax loss of more than $800,000 to the IRS. Atkins is currently awaiting sentencing.

On March 24, 2021, A Montana businessman pleaded guilty to employment tax fraud. According to court documents, Thomas O’Connell owned and operated three plumbing businesses, Quality Plumbing and Heating, Orbit Plumbing and Heating, and Orbit PHC, each based in Great Falls. From at least 2005 through 2016, O’Connell did not pay employment taxes for several quarters, despite being obligated to ensure such taxes were paid to the IRS. Instead, he directed payments to other creditors and to his own personal expenses. The total tax loss to the IRS from O’Connell’s conduct is more than $550,000.

On Oct. 7, 2020, a Las Vegas, Nevada, man was sentenced to 70 months in prison for mail and wire fraud conspiracy, following his jury trial convictions. The trial evidence proved that from January 2009 through April 2011, Terry Williamson and his co-conspirators filed false tax returns with the IRS to fraudulently obtain tax refunds. To facilitate the fraud, they used the names and social security numbers of deceased taxpayers. More than 480 fraudulent tax refund checks totaling almost $2 million were deposited into Williamson’s account.

Remember, every tax return must be signed under penalties of perjury. Check it carefully before you file.

Colonial Pipeline restarts after hack, but supply chain won’t return to normal for a few days
13 Tips For Real Estate Investors Crafting An Exit Strategy
Payment tech company Marqeta files for IPO as value tops $16 billion on private markets
A Monument To Catalan Modernism Asks $5.9 Million In Barcelona
17 Tax Tips For Your 2020 Tax Return Due May 17 For Most Taxpayers