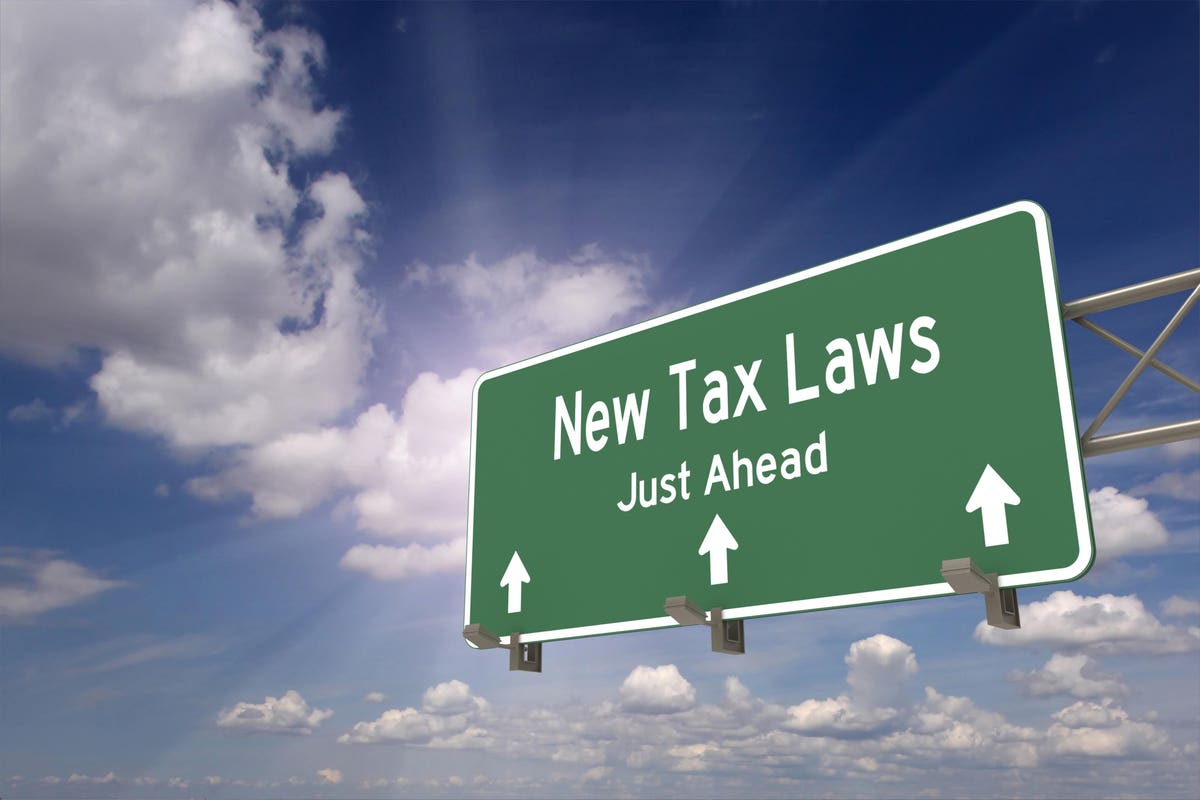 Now that a high-level U.N. panel has called for a complete overhaul of the global financial system — including a new U.N. tax convention, a U.N. tax body, and a global minimum tax — what will happen next?

In April and June, the U.N. will conduct two highly anticipated events: a 2021 financing for development forum and a U.N. General Assembly special anti-corruption session. It will be the first corruption-related special session since the U.N.’s founding. It is expected that at least some of the 14 recommendations of the U.N. High Level Panel on International Financial Accountability, Transparency and Integrity (FACTI) will be on the table at both events.

FACTI’s report is striking in its willingness to think big — a feature that has drawn both accolades and criticism at a time when the U.N. is grappling with COVID-19 recovery and the 2030 sustainable development goals. While developed and developing countries alike have praised FACTI’s recommendations, the U.N.’s largest donor, the United States, has yet to weigh in. Last year, the United States voiced serious concerns with the panel’s creation and told FACTI it was “conflating” tax avoidance and tax evasion with financial crime.

But the United States is now in a transition phase at the U.N. It remains to be seen whether those concerns are also held by the new U.S. presidential administration under Joe Biden, which is committed to multilateralism and cooperation at several supranational bodies, including the U.N. Beyond that, the report leaves questions about how the world might navigate a transition between the OECD-led status quo and the U.N.-led tax system that FACTI advocates.

In September 2020 FACTI released an interim report outlining potential actions for a global financial overhaul. The report’s central question asked whether the international tax system needs to be just patched up or rebuilt, and its answer was touch-ups in some cases and overhauls in others. But what appears to be missing is a bridge — a transition between the status quo and FACTI’s U.N.-centered tax system.

The FACTI report calls on the OECD, U.N., the Financial Action Task Force, and other standard setters to increase their collaboration, and it insists that global tax rules should be addressed via a U.N. tax convention and U.N. tax body with universal membership. The report seems to suggest that change should happen gradually, and complementarily with the OECD. For example, the panel calls for a global minimum corporate rate to be negotiated by members of the OECD inclusive framework on base erosion and profit shifting and included in a later U.N. tax convention. Given FACTI’s concerns about the inclusive framework’s inclusivity, it is unclear how this would be effective.

Similarly, the report suggests that the OECD Global Forum on Transparency and Exchange of Information for Tax Purposes could become a related organization to the U.N., similar to the International Organization for Migration. Professional staff from both the global forum and the U.N. Tax Committee would form the core of this new U.N. tax secretariat. FACTI also envisions a global coordination mechanism housed within the U.N. Economic and Social Council (ECOSOC) that would address financial integrity on a global level. It would coordinate with the OECD’s inclusive framework and global forum.

With all this proposed overlap between the U.N. and OECD, it’s natural to question whether it’s necessary to divert global tax policymaking away from the OECD. In the lead-up to the September 2020 interim report, some stakeholders told FACTI that the OECD’s inclusive framework and global forum should be updated to account for deficiencies, particularly on inclusiveness. Others said an intergovernmental U.N. body in which all countries are equal members is the best option. FACTI’s final report straddles the two, and understandably so — the OECD isn’t going anywhere. But it is unclear how developing-country interests would be protected in this transition phase, considering that — as FACTI says — they aren’t being protected under the status quo.

As for the U.N. tax convention, the report outlines a few policy priorities, including effective capital gains taxation, public country-by-country reporting, and an international mechanism to address tax disputes.

On public CbC reporting, FACTI suggests a multilateral approach. Public CbC reporting should be adopted through the inclusive framework on BEPS, reinforced by listing standards at global stock exchanges and the U.N. Principles for Responsible Investment, and then universalized through a broader U.N. tax convention. But FACTI’s idea of public CbC reporting is broader than other proposals. The panel suggests incentives for multinationals that fall below the €750 million mandatory disclosure threshold cited in several public CbC proposals.

On capital gains, the report flags concerns with offshore indirect transfers and says any changes will require changes to domestic legislation, as well as a more uniform adoption of relevant treaty provisions. The U.N. tax convention can help enable that universally, and with greater speed, according to the report.

On digital tax, the report suggests that additional proposals allowing taxation of automated digital services be adopted in the U.N. tax convention because it will “create a multilateral framework based on international agreement and enable additional countries to start taxing the digital economy with realistic prospects of obtaining substantial revenue.”

Two other suggestions are particularly novel. First, the report calls for a global pact for financial integrity for sustainable development, under which countries would agree to take the proceeds raised by tackling illicit financial flows and use them to fund U.N. sustainable development projects. Given that there is international support for both, this proposal could be easier to enact than others.

Second, the report calls for a center for monitoring taxing rights that would collect and disseminate national aggregate and detailed data about taxation and tax cooperation worldwide. According to FACTI, global tax avoidance and evasion cannot be addressed without global data. A universal body, placed at the IMF or similar institution, could collect detailed data and make them available for analysis and research.

FACTI envisions that the center would collect national, regional, and global information on declared corporate profits, corporate real economic activity, the location of assets and their beneficial owners, and international tax cooperation mechanisms and their operation. The panel also wants the center to create data reporting templates to help tax authorities handle a range of activities, such as conducting risk assessments and determining capacity needs.

Given that public CbC reporting is gaining momentum among standard setters, corporations, and even the EU, the idea of keeping the information within a central clearinghouse and cleaning it up for public consumption has appeal, particularly for multinationals wary of public CbC reporting because of the threat of misinterpretation.

Now that the final report is out, the next step is getting U.N. delegates up to speed. At the beginning of March, FACTI held informal technical briefings for U.N. delegates in New York and Vienna.

U.N. General Assembly President Volkan Bozkir and ECOSOC President Munir Akram have already circulated a joint letter calling on member states to consider the recommendations, particularly at the ECOSOC financing for development forum, planned for April, and the General Assembly Special Session on Corruption, at which member states will negotiate outcome documents.

At the financing for development forum, pandemic recovery is the main agenda point. Over the past few months, the forum has been strategizing that recovery and how it interacts with sustainable development goals and other U.N. initiatives. Canada, Jamaica, and the U.N. secretary-general took the lead last year, releasing reports in September and October detailing financing options for development in the

COVID-19 era. They are not formal, negotiated documents, but reflect the opinions of various member states.

Like FACTI, some member states also believe that the U.N. should be placed at the center of international tax and financial affairs, primarily through an expanded U.N. Tax Committee. One of the most strident advocates of that proposal, Nigeria, is co-leading the forum’s discussion group on illicit financial flows along with Barbados.

This ECOSOC session, along with June’s U.N. General Assembly Special Session on Corruption, will be the first places at which U.N. member states can make agreements on FACTI recommendations. They will also have that opportunity in September at the 76th session of the U.N. General Assembly and in December at the ninth session of the Conference of the States Parties to the U.N. Convention Against Corruption.

In the meantime, the U.N. Tax Committee’s session is winding down. The last meeting will be in April, after which a new membership will step in. FACTI’s recommendations are unlikely to be on the April agenda given the timing. Movement on the recommendations will likely be taken up by the committee’s next membership.

It is also unclear if FACTI will engage with the OECD over this final report. The panel previously met with the OECD as part of its drafting process, but it has no meetings planned with the OECD.

The Debate Over Illicit Financial Flows

There is no formal definition of illicit financial flows, but FACTI believes the definition should cover both tax avoidance and evasion. Including tax avoidance is a wide stance that is likely to face resistance from the United States and other countries, particularly at the upcoming General Assembly Special Session on Corruption.

Shortly after the FACTI panel was launched in March 2020, the U.S. Mission to the United Nations wrote it to say that while it welcomed FACTI’s intent to address crimes that contribute to illicit finance, such as corruption and money laundering, it feared the panel was conflating tax avoidance and tax evasion with financial crimes. The delegation said it believed the panel was “built upon the faulty premise that the current international architecture to prevent and combat illicit finance is broken or inadequate.”

The United States wasn’t alone in its objections. The EU, United Kingdom, Lichtenstein, and Switzerland voiced concerns with the illicit financial flows link, according to Global Policy Watch.

At ECOSOC, 22 countries are involved in a discussion group on illicit financial flows. They include China, Russia, the United Kingdom, and the United States. The OECD, IMF, the Financial Action Task Force, and World Bank are institutional partners. We know that the U.S. Treasury Department under Secretary Janet Yellen is amenable to multilateralism, especially under the OECD/G-20 inclusive framework. We also know that Yellen is receptive to the work that the IMF and World Bank have done so far in addressing the economic needs of low-income countries during the pandemic. In a February 25 letter to the G-20, Yellen highlighted how low-income countries have been battered by the pandemic and have limited policy options for addressing their health and economic needs.

“Without further international action to support low-income countries, we risk a dangerous and permanent divergence in the global economy,” Yellen said. “International financial institutions, like the IMF and World Bank Group, have provided much-needed emergency support. They must continue to play a role in financing the global health response, supporting a green recovery, and addressing the debt vulnerabilities exposed by the crisis.”

President Biden’s ambassador to the U.N., Linda Thomas-Greenfield, has also indicated that she wants to rebuild the country’s alliances and participate in multilateral solutions to the pandemic and beyond. But it is unclear whether that extends to the U.N. FACTI project and whether the United States will be willing to reverse course on illicit financial flows under a new administration.

FACTI’s work comes at a particularly unique time for the international tax community. While many of the panel’s recommendations are not new, the impact of the COVID-19 pandemic cast them in a new light, as evidenced by the U.N.’s COVID-19, sustainable development, and anticorruption work. Even so, the panel clearly has many hills to climb as its ideas progress and it tries to make the case for why the U.N. is the best home for international tax policymaking.