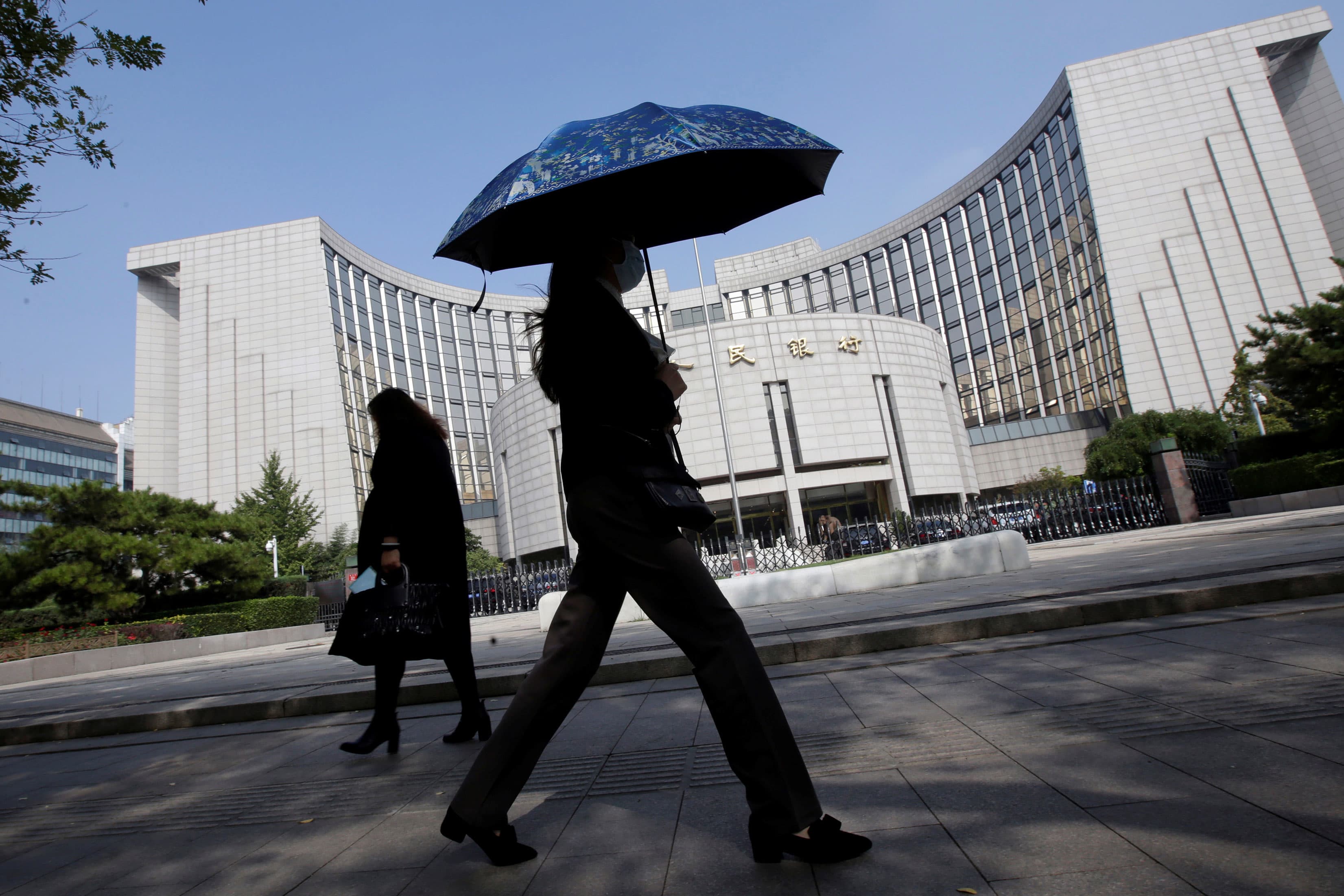 People walk past the headquarters of the People’s Bank of China (PBOC), the central bank, in Beijing, China September 28, 2018.
Jason Lee | Reuters

BEIJING — China’s central bank warned Thursday of financial risks in the country that have accumulated over the years, as well as shocks from overseas uncertainties.

The detailed comments mark the latest warning from high-level officials in China in the last several weeks about domestic market risks. The Shanghai composite is little changed for the year so far, while the S&P 500 has climbed more than 5%

“The stock, bond and commodities markets face oscillation risks,” he said, according to a CNBC translation of his Mandarin-language remarks. “A small number of large-scale enterprise groups are still in a period of risks being exposed, middle and low-quality enterprises still face financing difficulties, and the risk of default is rather high.”

Zou added that pressure from rising house prices in some “hot” cities is relatively large, and the potential of debt default and other risks among highly leveraged medium-sized and small real estate businesses is worth paying attention to.

The Chinese government announced last month it would target GDP growth of over 6% this year. Many economists said the conservative target gives policymakers the ability to address long-term problems such as a buildup of debt.

China’s debt-to-GDP ratio rose to 285% as of the end of the third quarter of 2020, up from an average of 251% between 2016 to 2019, according to a report from Allianz, citing analysis from its subsidiary Euler Hermes.

Among signs that authorities have started to get serious about domestic risks, some state-owned enterprises defaulted on their debt last year — very rare for companies that investors believed had implicit government support.

But in the housing market, Beijing has struggled in its efforts to limit speculation. New home prices rose by their fastest in five months in February, according to Reuters.

Officials from the People’s Bank of China at Thursday’s press conference maintained that monetary policy would remain stable and supportive. Zou did not give specific details on how the financial risks he mentioned would be addressed.