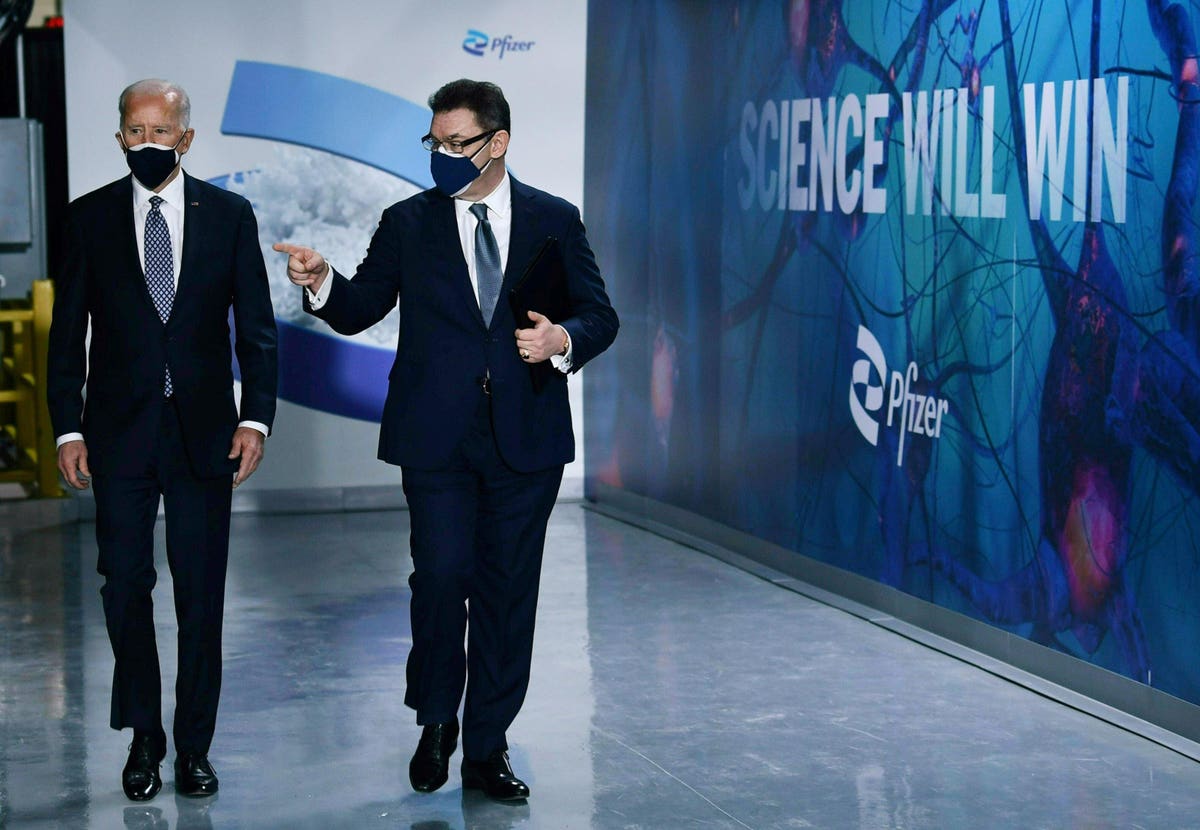 When President Biden unveils the next phase of his Build Back Better recovery agenda in Pittsburgh on Wednesday, he’s expected to propose a $3 trillion spending plan broken into two major components. The first consists of investments in “traditional” infrastructure, such as transportation, waterways, broadband, and clean energy. The second component will consist of what the administration calls “human infrastructure,” such as investments in early childhood education and community college. President Biden should be commended for his commitment to bolster these two categories of public goods that have been neglected for far too long by federal policymakers. But to raise American standards of living and outcompete our adversaries, Biden should prioritize a third category that is equally (if not more) important in fueling the engines of human progress: research and development (R&D).

Every technology that powers our modern economy, from the cars that we drive to the phones in our pockets, is the culmination of years or even decades of R&D. When it comes time to commercialize new technologies based on such discoveries, the countries that maintained and cultivated their scientific community have a head start on the competition. The United States was once the indisputable global leader in R&D, but our leadership has faltered in recent years. In 2018, China spent more money on R&D than any other country, dethroning the United States for the first time in decades. Meanwhile, other countries including Japan and South Korea are spending substantially more on R&D as a percent of their gross domestic product than the United States is. America must renew its commitment to investment in R&D so we can attract top talent and remain the leader of innovation in the 21st century.

The first step is to reverse the decades-long decline in domestic R&D investment by the federal government. Government investments in basic research can have enormous returns for society: the innovative mRNA vaccines that are bringing an end to the covid pandemic less than two years after it started – thus saving millions of lives and trillions of dollars in global economic output that would have otherwise been lost – were built upon decades of research funded by the National Institutes of Health.

These government investments in basic scientific research lay the foundation for technological progress, but we also need policies to help the private sector commercialize the results through applied research and development. Our tax code has historically stimulated these investments by providing a tax credit for R&D expenditures and by allowing businesses to deduct spending on R&D from their taxable income. But Washington Republicans made the terrible decision in 2017 to partially finance tax cuts for the rich by requiring businesses to amortize R&D expenses – meaning they would deduct the cost of investments over several years rather than in the year the money is spent – beginning in 2022.

Allowing the GOP’s boneheaded amortization provision to take effect next year would be an act of economic malpractice. Taxing businesses on their investment spending, rather than on the returns generated by those investments in the future, incentivizes more present consumption in the form of dividends and stock buybacks over investments in R&D that foster long-term growth. Biden should propose to repeal the amortization provision and pay for it by increasing the corporate income tax rate. Not only will a higher corporate tax rate replace the revenue lost by continuing the current tax treatment of R&D, it would also encourage additional investment because the savings for each dollar a business is able to deduct from its income increases proportionally to the rate at which that dollar would have been taxed.

Investments in R&D may not have the same immediately visible benefit as a new high-speed rail line or free community college tuition, but they provide even greater societal benefits over the long term at a fraction of the cost. There is no obstacle, be it climate change or the next pandemic, that humanity cannot overcome with sufficient technological progress. To raise American standards of living and best position our country to overcome whatever challenges the future brings, President Biden’s Build Back Better agenda must boost both public and private investments in scientific research and development.

Don’t Let States Use Covid-19 Relief Funds To Subsidize Tax Cuts
SpaceX does not plan to add ‘tiered pricing’ for Starlink satellite internet service, president says
How The U.S. Is Quietly Opening The Door To An International Agreement On Digital Tax
Stocks making the biggest moves midday: Levi Strauss, FuboTV, Honeywell and more
The IRS can adjust any stimulus check money you’re owed when you file your 2020 tax return. Here’s why