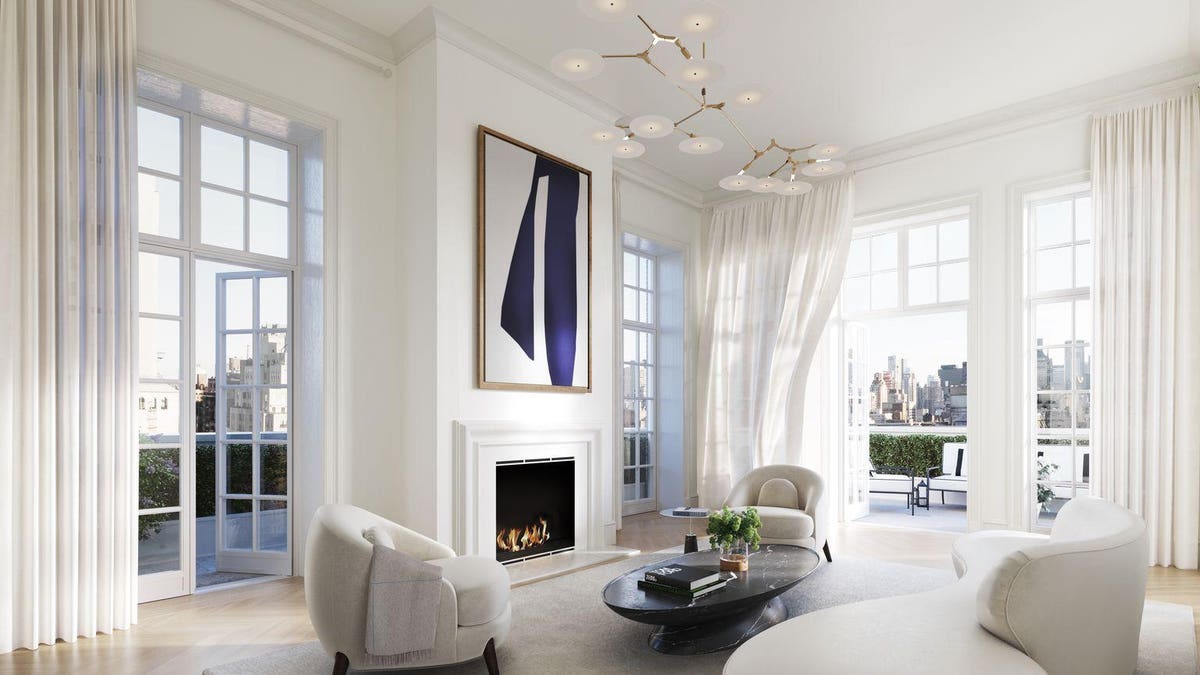 Is there a Manhattan enclave more synonymous with timeless style and grace than the Upper East Side? Long a bastion of class, distinction and old money, the enclave sets its own tone, forgoing passing fads. Now, the neighborhood is returning to its roots by investing a select few all-new buildings with the time-honored architecture, bespoke detailing and Roaring Twenties Art Deco style that cemented its status a century ago.

The first ground-up condominium built on Madison Avenue in more than a quarter century, The Benson, at 1045 Madison, is a hand-carved, hand-laid Indiana Limestone building of 19 stories. Among is most distinctive features are mullioned windows, step-back terraces rising along the freestanding tower and, atop the building, six-foot-tall lanterns that promise to imbue the skyline along Central Park with a warm radiance.

“The Benson occupies a prominent site on Madison Avenue amongst many of the great landmarks of the Upper East Side, including the Carlyle Hotel and the Mark,” Pennoyer says. “We wanted the building to both belong to its place by completing the streetscape, and to stand on the sky plane. Our design, which is inspired by the great Art Deco buildings of such celebrated architects as Ely Jacques Kahn and Ralph T. Walker, takes the sweeping vertical folds of the façade all the way to the setback terraces and, at the top, to the decorative tower.

“Anchoring the corners of the top apartments, we placed six-foot-tall lanterns. The key to the design can be found in the carved chamfered corners of the stone, which step up in echelon forms, a classic Art Deco approach. The traditional cast iron railings and mullioned windows add a critical domestic scale to the apartments. [That is] a quality that is largely absent in fully glass and steel buildings.”

Limestone transported from the Hoosier State was hand set to create the façade of this building, which takes inspiration from historic and landmarked structures lining nearby streets. A series of arches with green treillage grace the building’s summit, paying homage of sorts to the neighborhood’s storied architectural past.

“In our design for 150 East 78th Street, limestone, brick, metal and glass work in concert to create a beautiful composition, a symphony of elegant materials, rather than a one-note drone of a monolithic glass-curtainwall tower,” says Daniel Lobitz, RAMSA partner. “We’ve taken a page from Upper East Side tradition by adding metal conservatories in a rich green that will play beautifully against the warm tones of our brick and limestone facades, creating spectacular duplex penthouses unlike any we’ve designed to date.”

Paying homage to landmark buildings ringing it, this building is the work of architect Steven Harris, who over three decades designed many of the residences gracing the Upper East Side’s white-glove pre-war structures. Elements of Art Deco, Mid-Century and Bauhaus design can be spotted in the design of the building, which features elegant floorplans influenced by the work of Rosario Candela and J.E.R. Carpenter. “The design began with the apartments. The individual residences are each configured to create the well-proportioned, exquisitely detailed, almost effortless grace for which the best apartments of the first third of the 20th Century are known,” Harris says, adding, “109 East 79th Street is the product of years and years of experience working on some of the most important buildings in the city. We could not be more proud.”

Designed by Studio Sofield, the two-structure development delivers an exhilarating twist on the glory of pre-war design. The time-honored architectural tradition of hand-laid bricks, Indiana limestone and handcrafted ornamentation is blended with Studio Sofield’s trademark sleek and sexy interiors to create an aesthetic all its own.

“Subtle stone and brick detailing sets Beckford House & Tower apart, which materially roots them in the tradition of Upper East Side buildings,” says Studio Sofield’s William Sofield. “Curved brick and hand-carved stone window openings modulate the graceful facades. Taking inspiration from the neighborhood’s vernacular, we subtly modulated the facades by curving the brick and hand-carved stone window openings. The rhythmic variation entices the eye and conveys the craftsmanship of the construction.”

SpaceX does not plan to add ‘tiered pricing’ for Starlink satellite internet service, president says
The Paycheck Protection Program has a problem. It will likely run out of money before May 31 deadline
Ask Larry: Can You Still Get Social Security Spousal Benefits After Taking Retirement Benefits?
Chiefs quarterback Patrick Mahomes on doing business deals: ‘I watch Mark Cuban a lot’
Prince Philip, husband of Britain’s Queen Elizabeth, dies at 99