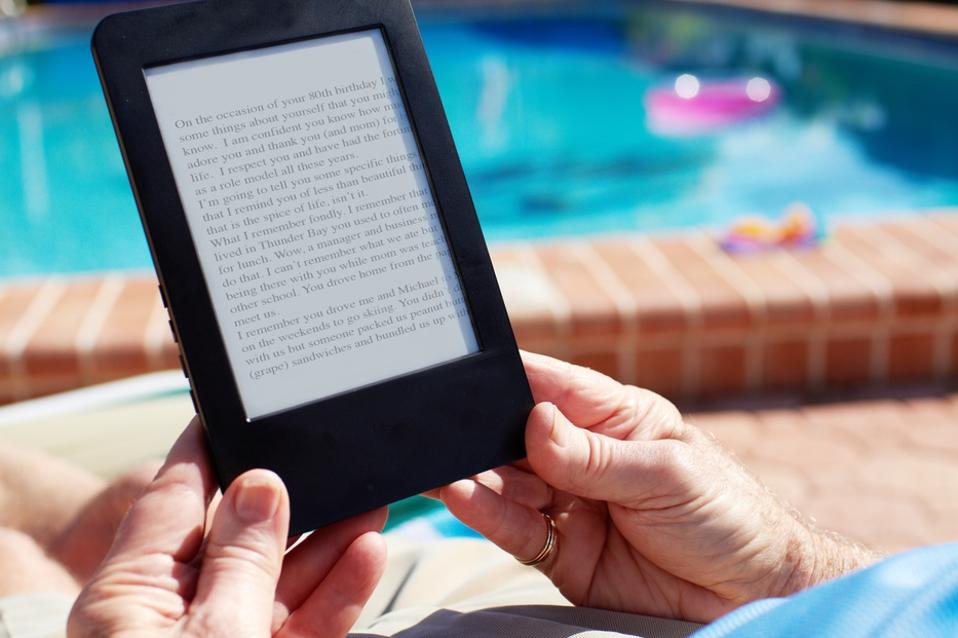 An unresolved issue in the OECD’s base erosion and profit-shifting 2.0 reform project is when and how countries will remove their unilateral digital tax measures once a solution is brokered. The OECD has made it clear that inclusive framework members are expected to revoke unilateral measures and refrain from introducing new ones when that time comes.

Yet after rounds of discussions, the inclusive framework has yet to determine what constitutes “relevant” unilateral measures that would need to be removed, and what transitional framework must be applied to phase them out.

Digital services taxes and other unilateral measures continue to proliferate despite the fact that the OECD is reportedly only months away from reaching a solution. They continue to appear despite evidence indicating that they sometimes generate only modest revenue. But high revenue generation may not be the ultimate goal.

Although there is a consensus that multinationals must pay their fair share of taxes around the world, it is also apparent that some countries are using unilateral measures as a springboard for broader policy goals that go beyond that immediate task. DSTs are being eyed to address IMF loan obligations, promote individual income tax compliance, and support nascent digital economies.

With so much riding on these taxes, it raises questions about how countries will disentangle from them once an OECD solution arrives.

Kenya just signed a $2.4 billion financing package with the IMF, and one of the conditions is that the country must increase its tax revenue.

For years, Kenya has struggled with rising debt levels that have now reached a tipping point because of the COVID-19 pandemic and are on track to reach 70% of GDP by 2023, according to the IMF. In this environment, lawmakers have already reversed tax cuts because they simply cannot afford them.

Kenya’s COVID-19 recovery program, which has the IMF’s approval, will focus on reducing debt vulnerabilities through a multiyear fiscal consolidation effort. At the center of that program will be tax increases and tight control on spending.

Kenya is banking on its DST, which went into effect January 2, weeks before the IMF deal. It is being folded into the country’s COVID-19 recovery. The 1.5% DST is expected to raise about $45.8 million in the first half of 2021.

It applies to residents and nonresidents alike. According to Rispah Simiyu, commissioner of the domestic taxes department at the Kenya Revenue Authority, government officials have a few goals for their DST, including:

In a January 4 op-ed published in Business Daily, Simiyu wrote that the country’s DST “will strengthen the moral business case for international commerce as practiced in Kenya.”

From these words, it’s not a tremendous leap to imagine the DST as a gateway for other business taxes in the future, particularly if Kenya is trying to make a stronger case for foreign direct investment. That work has been a long time in the making; the country is molding Nairobi into an international finance hub, particularly a fintech hub.

As the country moves forward, it will be difficult to pursue that goal if domestic taxpayers perceive that foreign businesses are carrying a lighter tax burden, especially at a time when the country is dealing with so much debt and a large IMF obligation that will take considerable time to pay off.

Kenya’s DST helps set the rules of engagement for its fast-growing digital sector, an area of focus for the government.

Over the past decade Kenya has emerged as a digital leader within Africa, particularly in the realm of digital financial inclusion, like mobile money. But already officials feel that both domestic and international companies in the sector are undertaxed.

“The taxation of the sector is not in harmony with this growth,” the Kenya Revenue Authority said in a September 2020 blog post explaining the DST.

“Like most of the jurisdictions, there is a need to cap tax avoidance so as to widen the tax base and generate more revenue for sustainability. It is in this regard that Kenya Revenue Authority saw a need to tax the digital market.”

Kenya is working through these issues as part of its Digital Economy Blueprint, a nearly 100-page outline of the country’s plans to transform its digital economy and help create a single African digital market.

In its tax policy section, the report highlights the importance of balancing collection and fairness, acting neutrally across different sectors of the economy, and encouraging unregistered businesses to register to broaden the taxable base.

It’s clear within this document that an African-tailored digital strategy that accounts for unique African needs is seen as a way to shrink the informal sector and potentially unify forces across the continent to unleash its large growth potential.

In a June 2020 policy brief, the African Tax Administration Forum wrote that DSTs might benefit African countries more from a spillover effect into tax compliance, like individual tax compliance, than from dollars generated.

“While the revenue raised would not be large for most African countries, a DST could have other benefits. Much of the recent public concern about the undertaxation of multinationals has focused on high-profile digital companies that do not have a physical presence in countries so are not subject to income tax. By taxing these companies, a DST could improve public confidence in the fairness of the tax system, which is an important factor underlying voluntary compliance,” the brief said.

The rationale is understandable: If individual taxpayers perceive that multinationals are not paying their fair share, why should they comply with their own tax obligations? This is a well-documented issue for several African countries already struggling with voluntary compliance.

With all the investment plowed into Kenya’s DST, and expectations for its use, it’s unclear whether Kenya will be willing to revoke it, despite the country’s active participation in the OECD process.

When India in 2016 implemented its 6% equalization levy on digital advertising revenue earned by nonresident providers, the narrowly-tailored measure was met with surprise, although it was inspired by action 1 of the OECD’s anti-BEPS project.

Under a 2020 update, it’s being criticized by the United States as a discriminatory measure. That framing invites a broader look at how the equalization levy fits into India’s digital economy approach.

Nonresident e-commerce operators are now responsible for a 2 percent tax on revenues from the sale of goods and services to Indian consumers — residents and consumers using India-based internet protocol addresses under India’s Finance Act 2020.

The tax, which took effect on April 1, 2020, requires foreign e-commerce operators to pay the levy if their qualifying sales exceed INR 20 million (about $276,000).

The measure is under attack from the Office of the U.S. Trade Representative, which stated in January that the equalization levy is “discrimination in its clearest form” because it “explicitly exempts Indian companies while targeting non-Indian firms.”

The Indian government says the tax is not discriminatory, but designed to ensure greater fairness and competition, amongst other goals. This competition angle is important.

Indian officials are anticipating that the country will generate a $1 trillion digital economy by 2025. That’s an explosive amount of growth from its current $200 billion level.

There’s a lot of room to expand as India has the world’s second largest digital consumer base. The government is planning to mine that potential through its Digital India initiative, which lays the groundwork for India’s digital transformation over the next several years.

That path has generated some friction with the U.S. Some U.S. criticisms over India’s expanded equalization levy — that it could stymie digital trade — echo its criticisms of other Indian digital-related provisions, like various iterations of draft data localization rules that would require local storage of all critical personal data about Indian citizens.

The data localization debate is hardly unique to India, but it has taken on a heightened tenor due to the size of the country’s economy.

Over the past few years, India’s approach has raised questions about whether its strategy is protectionist and whether it will help or hinder its digital economy plans.

“By artificially curbing cross-border data flow, by mandating data localisation, by extending the definition of e-commerce to include all digital services like digital advertising and online streaming and possibly imposing [foreign direct investment] restrictions on all digital services, the draft policy is likely to severely bring down [foreign direct investment] flows in the sector which is the backbone to building a trillion-dollar digital economy,” the organization has said.

Irrespective of the feedback, India has made it clear that it is going to propel the country’s digital economy in its own way.

Aside from protecting its tax base, the government is actively working to promote a digital India, and it’s a motivation that cannot be ignored.

Ushering In an Industrial Revolution

In South Africa, some policymakers are considering a DST to usher in digital advancement — a development that was unlikely just a few months ago.

In August 2020 South African Deputy Minister of Finance David Masondo said the country would not introduce a unilateral tax and would instead wait for the OECD’s report or a multilateral consensus.

Just two months later, a government-sponsored commission, the Fourth Industrial Revolution Commission, publicly called on the government to implement a new DST similar to Turkey’s, which levies a 7.5% rate and excludes Turkish companies from its scope.

That message came in a sweeping report outlining ways in which South Africa can take advantage of the so-called fourth industrial revolution (4IR). As part of that analysis, the report took a close look at how taxes can drive technological and economic development and make South Africa more competitive in the digital economy.

Since 2014 South Africa has had a digital VAT law that requires foreign companies supplying electronic services in South Africa to register for and remit VAT. But a DST has been politically trickier.

The commission concluded that South Africa needs to focus on three different tax proposals in the digital economy:

The commission said South Africa’s participation in international tax negotiations should be a priority, but also warned that there’s a lot at stake for the country if it cannot tax technology companies properly.

According to the commission, none of its infrastructure or investment proposals can be sustainably funded if tax avoidance and evasion continues at the same level.

The report was issued before Turkey’s DST came under investigation by the U.S. Trade Representative for being discriminatory, and it is unclear whether the government will adopt the commission’s advice in light of that development.

But the fact that the commission used Turkey — which has one of the highest DST rates — as a model underscores just how important the commission believes a DST will be to the country’s economy, if it does go that route.

South Africa’s 2021 budget, announced February 24, does not include a DST, but the government said it will consider one if the OECD does not reach a solution by summer.

While it is expected that countries will repeal their DSTs after the OECD formalizes a solution, current and proposed DST regimes highlight just how difficult and perhaps delicate that unwinding will be.

The policy rationales supporting these DSTs carry a considerable amount of weight, and unless it is clear that governments will derive similar sorts of revenue under the OECD’s project, they may be reluctant to abandon a sure thing for the unknown.

Some of this could ride on how the term “relevant unilateral measures” will be defined under BEPS 2.0, but that has yet to be publicly shared.