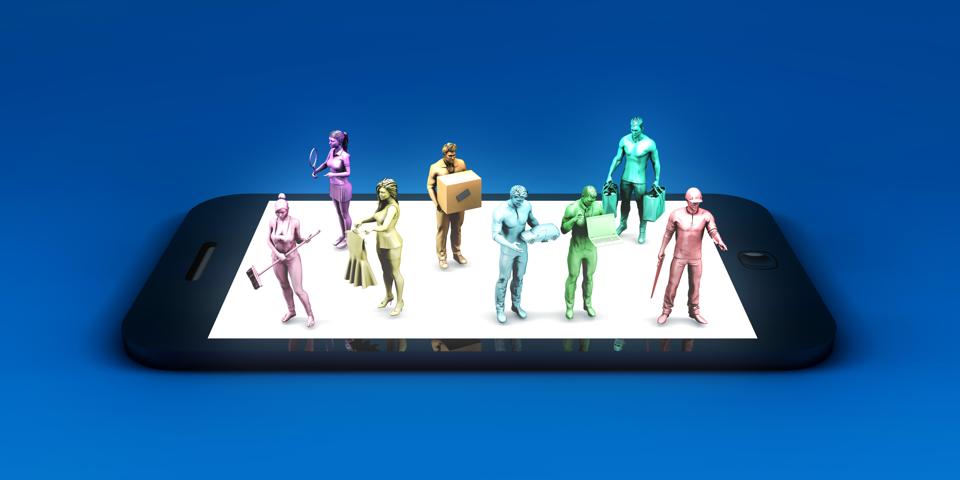 The days of widespread underreporting of income from online platform work are coming to a close, but the tax challenges for individual participants in the platform-based economy and the IRS are far from over.

Many more gig economy workers will start receiving tax information reporting from the digital platforms they use than before because of a provision in the American Rescue Plan Act of 2021. The result is expected to be increased income reporting and payment by those participants. The next hurdle will be ensuring that they pay the right amount of tax on their earnings, and that problem won’t be quite as easily solved.

Under the law, if a digital platform participant receives $600 or more in aggregate payments through third-party network transactions, the digital platform, called a third-party settlement organization in the statute, is required to file an information return reporting the payments.

The previous threshold for reporting was $20,000, and it had also required a participant to have 200 transactions before the platform had to file an information return. The new law eliminates the aggregate transaction requirement.

The reporting requirement kicks in for returns for calendar years beginning after December 31, 2021, giving platform companies the rest of the year to prepare to issue Form 1099-K, “Payment Card and Third Party Network Transactions,” to platform users who meet the new, lower threshold.

The statutory change is tangential to pandemic relief; such a measure has been under discussion for years because it addresses a long-standing source of administrative consternation in both the governmental and business spheres. The $20,000/200 transactions thresholds were established in 2008 as an offset for other spending, too, but online, on-demand work was less common at that point.

As the platforms and number of participants grew, the thresholds stayed the same, leaving many participants mostly in the dark about their tax obligations.

Voluntary reporting was always an option for the platforms, but they ran into a dilemma in offering it — if one platform provided reports voluntarily and another, similar one didn’t, would participants switch to avoid the reporting? Probably some would have, making individual platforms reluctant to start voluntary reporting.

Increased information reporting promotes the accuracy of income reporting generally, which should lead to an increase in tax compliance. The revenue this provision is estimated to raise is the chief reason that it was included in the American Rescue Plan.

The chief driver of that part of the gap appears to be lack of knowledge about filing requirements, and the new reporting requirement should help educate taxpayers about their obligations.

In a survey of members of the National Association for the Self-Employed who participated in on-demand work platforms in 2016, Caroline Bruckner of American University sought to assess the tax compliance challenges of self-selected, self-employed small business owners.

Bruckner found widespread confusion about specific tax obligations and the recordkeeping necessary to meet tax obligations, and more than 60% of respondents didn’t receive any Form 1099 on their platform income.

“The current state of play is one of unnecessary burden, potential audit and penalty exposure for on-demand platform economy players. We can do better,” she wrote.

Lowering the threshold to $600 will cast a much wider net because many participants finding on-demand work or making sales on digital platforms make less than $500 per month and are under the $20,000-per-year threshold. The taxpayers who are most likely to be affected by the change appear to generally be using the platforms to supplement other wage income, particularly during periods of employment instability.

The JPMorgan Chase Institute studied payments from 128 online platforms to 2.3 million participants on those platforms between 2012 and 2018, and found that households seem to turn to online platforms as a form of supplementary income when their payroll incomes are disrupted.

A coalition of business groups and companies, including the U.S. Chamber of Commerce and Etsy, wrote a letter to Congress in response to the reporting requirement proposal, arguing that “in a year in which small business owners and entrepreneurs are dealing with a myriad of challenges, making this change would place a burden on small business owners and entrepreneurs and further complicate an already challenging tax season.”

In the long run, the increased reporting and likely increase in tax payments may be a boon to some taxpayers who were out of compliance. Self-employed taxpayers who don’t pay self-employment taxes could be compromising the Social Security benefits they may be eligible for in the future.

When information reporting begins for platform participants who were out of compliance with their tax obligations, they will likely start reporting more business expenses to offset that income as well, so the next piece of the puzzle for platform-based work will require a renewed emphasis on education on how to properly take those deductions.

Once information reporting is fully in place under the new law, the administrative focus can be expected to shift to ensuring that taxpayers’ claims of expenses are accurate.

Key Considerations When Selecting The Right Trustee For Your Trust
How Bill Gates’ company TerraPower is building next-generation nuclear power
SEC is scrutinizing SPAC projections, seeks clearer disclosures
What Can Wedding Bells Tell Us About Hotels After The Pandemic?
Levi’s shares rise as denim retailer boosts outlook for first half of 2021