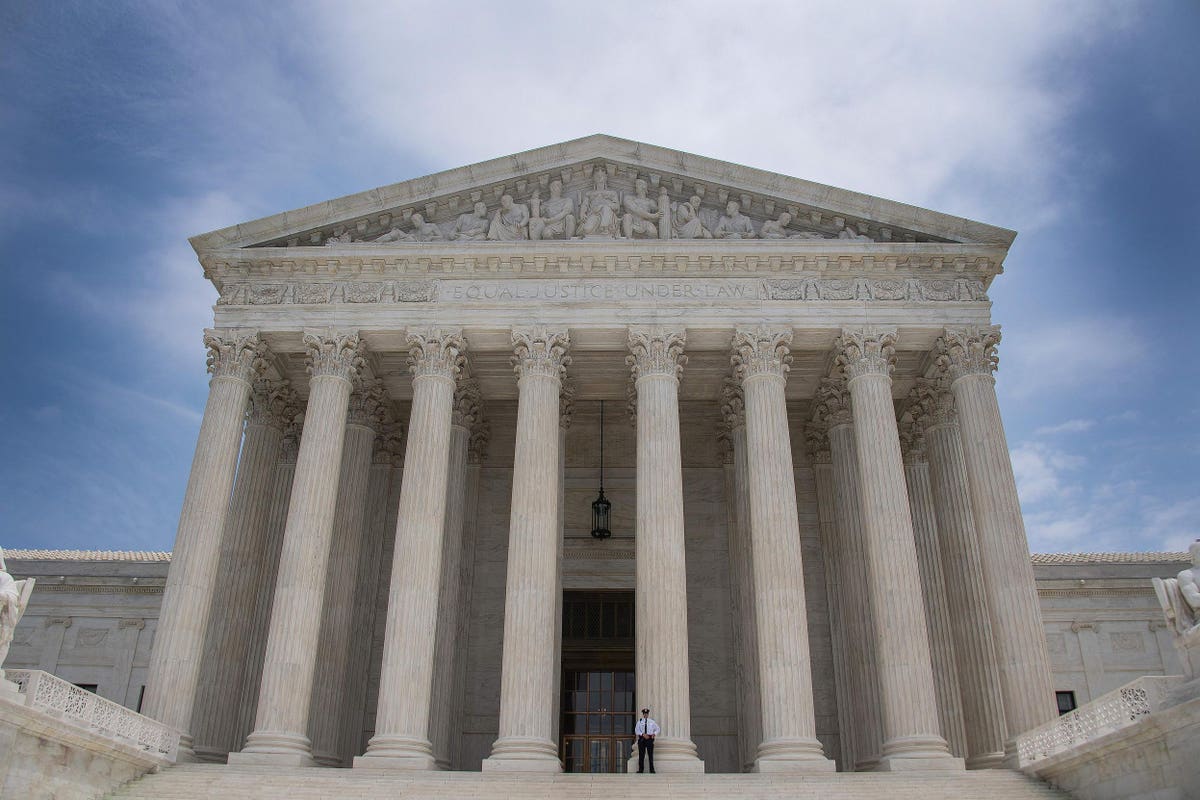 New Hampshire and Massachusetts are fighting over whether the Bay State still has the right to tax the incomes of 103,000 former commuters now working from home in New Hampshire. But this tax spat deals with issues that spread far beyond the Massachusetts border — it has national implications and could impact millions of Americans.

Because of this, scores of tax organizations and states have filed briefs with the U.S. Supreme Court in support of the Granite State. In fact, an analysis by the National Taxpayers Union Foundation estimated at least 2.1 million Americans that previously crossed state lines for work are now working from home in accordance with public health guidelines.

Many believe that if the court doesn’t rule decisively on this case, it’ll be forced to consider it again in the future because another state is likely to take up the mantle. Two likely candidates are New Jersey and Connecticut because they currently have to credit their residents with New-York-based jobs hundreds of millions of dollars in income tax revenue each year that they’d otherwise collect themselves.

“Indeed, if there are any states that have a chance before the Court to invalidate a telecommuter tax rule, it is Connecticut and New Jersey, challenging the New York law,” wrote tax expert Roxanne Bland in a recent Tax Notes column.

How strong is New Hampshire’s case?

New Hampshire’s complaint accuses Massachusetts of an unconstitutional overreach when it passed a law last year allowing it to tax non-residents who had previously commuted to Massachusetts but were working from home in the pandemic. This “convenience rule” allowing out-of-state taxation was already established in six other states (Arkansas, Connecticut, Delaware, Nebraska, New York, and Pennsylvania).

A key part of New Hampshire’s case will revolve around whether it is actually harmed by Massachusetts’ decision. After all, it doesn’t tax income, so what exactly it is losing here?

But Florida-based accountant Harvey Bezozi notes that New Hampshire’s case has merit even though the state isn’t losing out on income tax revenue. If the court ruled in the state’s favor, he said the state would get an indirect benefit because its residents would avoid paying taxes to Massachusetts and get to keep that money for themselves.

“This will attract more people to move to New Hampshire and increase the tax base generating higher sales tax and property tax revenues,” he said.

Why is this such a big deal?

In their joint brief, the states of Connecticut, Hawaii, Iowa and New Jersey emphasized “that this issue is of nationwide importance; implicates billions of dollars in tax revenue for state treasuries; and will continue to be of great consequence in the future.”

The brief goes on to note that current work-from-home rates — where estimates range from 44% to 58% — “indicate that New Jersey may credit anywhere from $928.7 million to $1.2 billion to its residents for taxes paid to New York based on income they earned or are projected to earn while working at home in New Jersey for the 12-month period beginning March 2020.”

With as many as seven in 10 Americans saying they will work from home at least part of the time going forward, this forfeiting of potential revenue isn’t a one-time deal. It would be on an annual basis unless the rules change.

In short, New Jersey others are basically arguing that the way we work has already changed, so taxation should change along with it.

When will this get decided?

Before deciding on whether it’ll take up the case, the Supreme Court has asked the solicitor general to weigh in (meaning they want to know what the new administration thinks). This indicates, said Bland, that it considers the issues presented by the suit of some significance.

If it does decide to hear the case, it’s likely oral arguments wouldn’t be scheduled until the fall term.

The high court did take a similarly-themed case in 2018 regarding interstate commerce and out-dated sales tax rules. That case, South Dakota v. Wayfair, challenged a ruling that predated e-commerce and barred states from collecting sales taxes from businesses that didn’t have a physical presence in the state. In its opinion overturning that ruling, the court called the old precedent “flawed.”

It also noted that, “Modern e-commerce does not align analytically with a test that relies on the sort of physical presence defined in Quill. And the Court should not maintain a rule that ignores substantial virtual connections to the State.”

How Diverse Entrepreneurs Nurture The American Dream
An $11.7 Million Homage To Nature Above Sydney‘s Castle Cove
Taxpayers are leaving $1.3 billion in tax refunds on the table. Time is running out to claim them
Making Dollars And Sense Of Rental Rate Terminology
The Paycheck Protection Program has a problem. It will likely run out of money before May 31 deadline