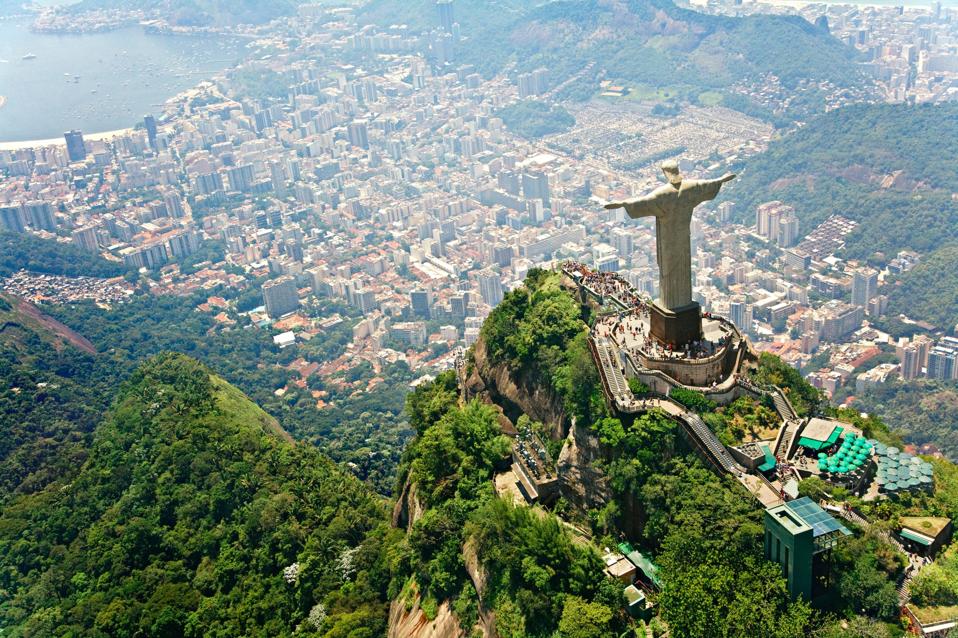 Dollar-holders have enjoyed increasing buying power abroad every year since 2013, with each year’s dollar advantage eclipsing the last. Those considering diversifying into real estate overseas but procrastinating on a purchase have been rewarded as they’ve watched properties in key markets become cheaper in dollar terms year after year.

Last year, the dollar lost buying power in much of the world, meaning the procrastinators are getting a wake-up call as prices climb in dollar terms.

You do, though, have a window of opportunity to invest with a super-charged Greenback in three markets offering some of the world’s best options for living and investing overseas.

In all three of these countries, U.S. dollar-holders enjoy even more buying power today than we had last year.

Brazil is the overall champ for currency discounts, where buying power is up 32% this year, and has doubled since 2015.

This country is exciting, romantic, and diverse. With its unfamiliar and exotic culture and language, it’s one step beyond what you think you know of Latin America.

Brazil’s thousands of miles of beautiful beaches extend through a wide range of climates, from tropical to temperate and seasonal environments. And Brazil is also culturally diverse, from German regions and wine country in the south to Portuguese, French, African, and Dutch influences in the north.

The Brazilian people are as warm, friendly, and fun-loving as the stereotypes would have you believe. To connect with them, however, you’ll need to learn at least a little Portuguese. If you think you’ll get by on the street using Spanish, you’ll likely be disappointed. However, if you do already speak Spanish, you’ll find learning Portuguese not the challenge you might fear.

Today, the dollar stands at a historic high in Brazil, making it perhaps the best time in our lifetime to buy.

Brazil’s downsides: Most notable are the country’s currency controls and the inability to use dollars or to hold dollar-denominated accounts within Brazil. Transferring money, though, is a straightforward process. Your real estate agent should be able to make the required declarations for you.

Brazil’s economy has faltered in recent years, so, investing now, you stand to gain twofold—both from the recovery of the economy and the eventual rebound of the currency. When the recovery comes, the economy should help to increase prices in real terms, while the recovering real should further raise the value of your investment in dollar terms.

#2 Mexico—long history of a dollar advantage

Mexico has long been a playground marketplace for dollar-holders, and, after a one-year hiatus in 2019, the advantage continues strong.

Mexico is easily the number-one overseas destination for Americans; the country is home to more than two million American expats. The primary attractions are the diverse and affordable lifestyle options (from Pacific, Gulf Coast, Sea of Cortez, and Caribbean coastlines to well-preserved Spanish-colonial cities), the diversity of climates (from cool highland and mountain environments to warm beaches on both sides of the country), the proximity and easy access (you can fly inexpensively or even drive here, including now during the pandemic), and the affordable costs of real estate and of living in general.

In addition, you can get by speaking English if you’re not up for learning Spanish, and Mexico is a culturally familiar neighbor where the living can be comfortable and convenient. You’ll find U.S. franchises and big-box shopping across the country.

Depending on the region and the seller, real estate trades sometimes in U.S. dollars and sometimes in Mexican pesos. To take advantage of the currency advantage, focus on peso-valued properties.

Mexico’s downsides: In some locations, the American and Canadian expat presences are big, obscuring Mexico’s rich culture. An established expat community can be a big help settling in and building a life, but, if you want to experience the real Mexico, you’ll have to position yourself away from the crowds. Little-known cities in the interior of this big country, such as Durango, can be great options for an authentic Mexican lifestyle.

Despite what you might hear or read, it is legal for foreigners to own real estate in Mexico, including on the coast. However, coastal real estate must be held in a property trust called a fideicomiso, controlled by you.

Medellín, Colombia, offers the best city living in the Americas. The weather is temperate year-round, and the central El Poblado neighborhood is safe, clean, and pleasant, with shady streets, upscale shopping, and more restaurants and cafés than you could experience in a lifetime. The city also offers a rich cultural scene, from open-air festivals to orchestra and theater, and it’s all just three hours from Miami.

Colombia continues to suffer from associations with Pablo Escobar and his Medellín Cartel. However, that period in this country’s history ended more than a quarter-century ago. The lingering misperceptions—refueled recently by Netflix’s
“Narcos” series—have created one of the most undervalued property markets in the world.

Colombia’s downsides: Like Brazil, Colombia imposes currency controls, but the process of complying takes only minutes. You can handle the paperwork yourself or engage an attorney to fill out the declarations for you for a fee. Avoid those attorneys who want to charge a percentage of the transfer amount for this service.

Medellín is a large city surrounded by mountains and suffers from air pollution as a result. The effects vary depending on the weather and are most severe at the south end of the valley floor.

No, ‘Infrastructure Of Care’ Is Not Infrastructure – And Three Reasons Why It Matters
Aspiring To Retire By 55
Bank of America tops estimates on Wall Street trading and banking, release of loan-loss reserves
Ask Larry: Should My Wife Wait Until 70 To Collect Social Security Spousal Benefits?
Three Critical Things To Learn Before Becoming A Real Estate Developer