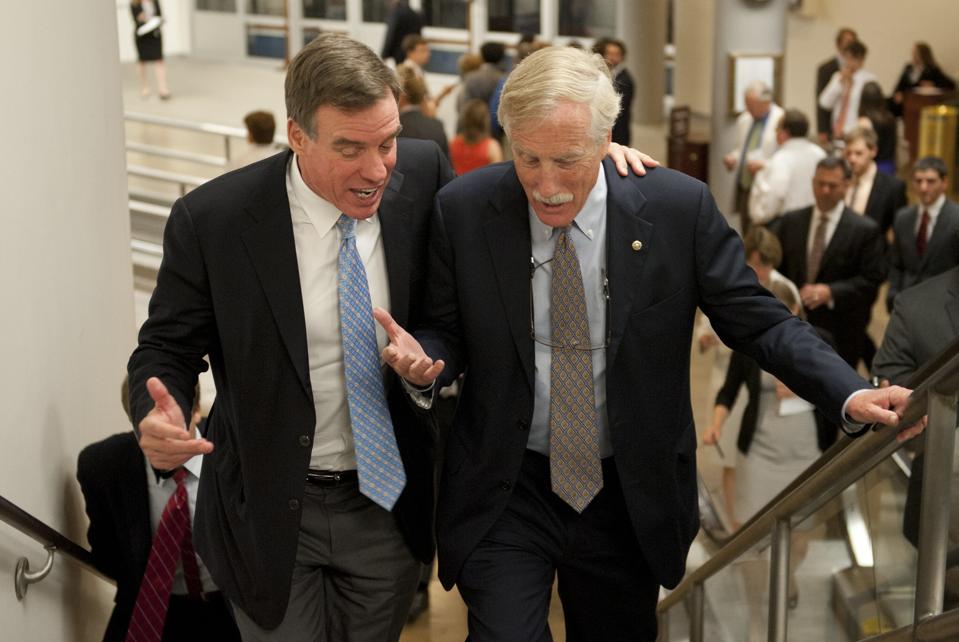 In the coming days, the Senate will take up the $1.9 trillion covid relief bill that passed the House of Representatives last week on a party-line vote. It’s an essential measure that would fund a robust public health response to end the covid pandemic and provide vital economic assistance to struggling families. But no bill is perfect, and the Senate should seize the opportunity to better target relief funds and thereby position the U.S. economy for the strongest post-pandemic recovery possible.

One provision that needs refining is the bill’s treatment of Unemployment Insurance. In January, President Biden called for expanded benefits that are currently scheduled to expire in mid-March to be increased by another $100/week and extended through the end of September. But the House bill would only extend benefits through August, when Congress will be on recess and unable to act even if worse-than-expected economic circumstances warrant another extension. Recent history shows just how precarious such a benefit cliff would be. The original CARES Act expansion of UI benefits expired just before the August recess last year, and even though both parties agreed it should continue in some form, no action was taken to restore the expansion until the end of December.

As I’ve argued before, the best way to bolster UI would be to link expanded benefits to the unemployment rate rather than setting it to expire on an arbitrary calendar date. Doing so would ensure benefits neither shut off prematurely nor discourage beneficiaries from seeking employment once job opportunities become plentiful again. The biggest obstacle to adopting such a trigger is that it would likely increase the sticker price of the UI provision. Because Democrats are moving the covid relief bill through the budget reconciliation process, it cannot add more to the deficit than the $1.9 trillion proscribed in the budget resolution adopted earlier this year. Fortunately, there are other ill-targeted and unnecessary provisions that could be trimmed to make room for this worthwhile policy change.

For example, it appears that the reason House Democrats decided to cut UI benefits off one month earlier than President Biden requested was to free up fiscal space for a bailout of mismanaged multiemployer pensions. Although it is likely that some taxpayer assistance will be necessary at some point before 2027 to prevent workers and retirees from facing draconian benefit cuts when the Pension Guarantee Benefit Corporation’s multiemployer insurance fund goes insolvent, there is no pressing need that merits its inclusion in a covid relief bill. Any taxpayer assistance for these pensions should also be paired with structural financing reforms to prevent the need for future bailouts. Instead, the House bill’s changes to funding requirements would do little to address the underlying problems with multiemployer pensions while actually increasing the probability of single-employer pension insolvencies. Rushing this half-baked policy through the reconciliation process at the expense of real covid relief such as UI is downright indefensible.

Senators also should scale back transfers to state and local governments. Last spring, most experts (myself included) feared that, without massive federal assistance, covid-related revenue losses would force state and local governments to gut essential services as they did following the 2008 financial crisis. But thanks to the unique nature of the covid recession and the support Congress approved in previous relief bills, many jurisdictions are facing large budget surpluses. The real shortfalls facing hard-hit state and local governments are likely a small fraction of the $510 billion of aid included in the House bill. If states are given such a big and unneeded pot of money with no strings attached, they are likely to blow it on tax cuts and other short-sighted policies.

That’s why, in addition to bolstering UI, lawmakers should redirect some of these misallocated relief dollars to infrastructure investment as a down payment on President Biden’s post-pandemic recovery agenda. Sens. Mark Warner (D-VA) and Angus King (I-ME) kickstarted started this dialogue last week when they introduced a proposal to reallocate $50 billion from unrestricted state and local aid to funding broadband development. This investment and others like it would both create jobs now and strengthen the physical foundation of our economy, promoting long-term growth well after the pandemic ends. Another benefit of these infrastructure projects is that the spending on them would be spread out over a longer period of time, which would help alleviate concerns from many economists that spending the full $1.9 trillion too quickly may overheat the economy.

When the covid relief bill comes up for a vote later this week, senators will have a chance to make these and other improvements through the amendments process. They shouldn’t squander their final opportunity to do so before the ink dries on what will be the first major policy achievement of the Biden administration.

I paid off $28,000 in debt in 3 years and became a money coach: Here’s my best advice
Worked in different states due to Covid? What to know about filing taxes
States struggle to give out over $45 billion in rental assistance as evictions continue
5 Ways To Protect Your Bank Account After You Die
Three Critical Things To Learn Before Becoming A Real Estate Developer