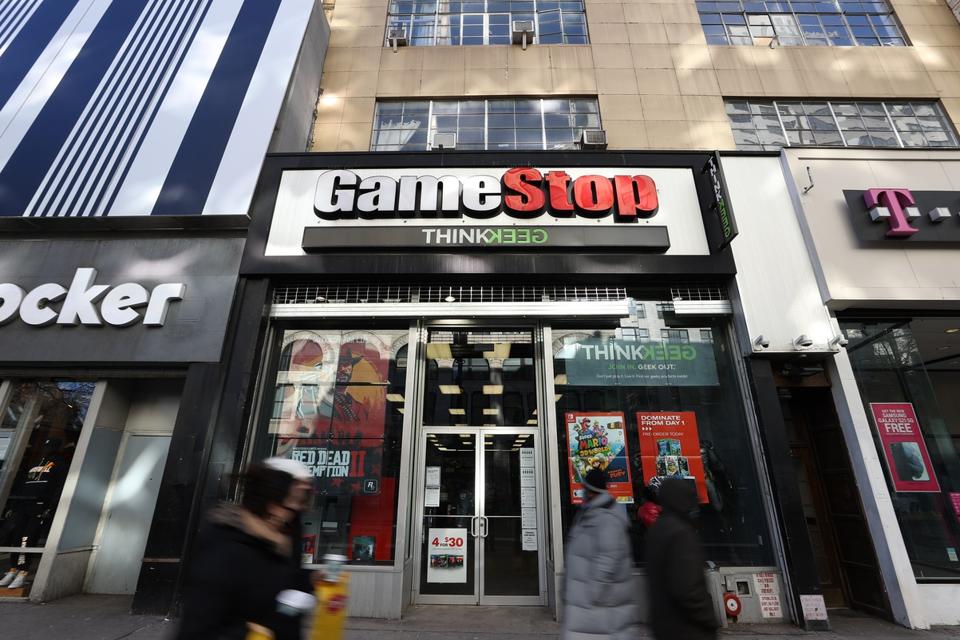 By Richard Eisenberg, Next Avenue Editor

You’ve undoubtedly heard about the recent stock market frenzy over Gamestop
and other so-called “meme stocks” that skyrocketed and then plummeted. That’s all interesting for CNBC viewers, but what does it mean for you and your retirement funds?

My “Friends Talk Money” podcast co-hosts and I just explored that question in our recent episode (which you can hear wherever you get podcasts). For help, we turned to Edward Gottfried, director of product management at Betterment for Business, the 401(k) advisory firm from the Betterment robo-adviser.

“It’s important to remember,” Gottfried said, “that the vast majority of 401(k)s don’t even allow individual stocks to be held as part of them.” As a result, he added, “you are insulated generally by nature of that account type from some of these wild swings that you can see in securities that have a smaller presence in the market.”

“The name of the chatroom tells it all. Notice it wasn’t called Wall Street Invests.”

A Brief History of the Gamestop Stock Frenzy

Like Gamestop — the financially wobbly video game and consumer electronics retailer with stores across America. Its sales have dropped during 10 of the last 11 quarters. The company hasn’t shown a profit since 2017 and has had five chief executives since then.

But that didn’t keep its shares from soaring from about $20 a share on January 11 to nearly $500. In late February, Gamestop stock — or as billionaire CEO Elon Musk tweeted it, Gamestonk! — has been selling for roughly $50.

It’s called a meme stock (along with shares of companies like the AMC movie theater chain and the mobile phone makers Blackberry and Nokia) because it’s lightly traded and begins with a low price — typically under $25 — and then Wall Street hedge funds short it. And that means those professional investors are making big bets that the stock will fall precipitously in value.

If the short sellers are right, they then make money by betting against the stock. If they’re wrong, as happened with Gamestop, when amateur investors who were members of social media platform Reddit’s “Wallstreetbets” chat group furiously purchased the company’s shares and drove them higher, the short sellers lose big in what’s known as a “short squeeze.” Call it Revenge of the Nerds 2021.

“The name of the chatroom tells it all. Notice it wasn’t called Wall Street Invests,” said my “Friends Talk Money” co-host Pam Krueger, who’s also co-host of MoneyTrack on public television and the founder of Wealthramp.com.

“Yeah, they succeeded a little,” Krueger said, of the Wallstreetbets Gamestop investors. “Those are the gamblers. And I promise there are a lot of losers, just like with all gambling.” The Gamestop incident, Krueger said, showed us the difference between speculation and investing.

As my other “Friends Talk Money” podcast co-host Terry Savage, the nationally syndicated personal finance columnist and author of “The Savage Truth on Money,” said: “There’s never been a twenty-year period where you lost money in a diversified portfolio of large-company, American stocks with dividends reinvested. Bubbles come and bubbles go, but if you hang in there, you ought to come out ahead in the long run.”

Certainly, though, people who jumped in to buy Gamestop shares once the stock topped $300 and held on as the price nosedived have been losers — at least for now. Said Savage: “Every bubble bursts eventually.” And, she added, “I think a lot of people learned a lot of lessons about speculation,” due to the Gamestop events.

Maybe you needn’t worry that your 401(k) manager bought Gamestop or other meme stocks, endangering your retirement funds. But what if some of your 401(k) or Individual Retirement Account money is in an index fund that buys a diversified basket of many different stocks? Or in a target-date fund that holds many stocks and bonds? Couldn’t Gamestop and its ilk be in those?

It’s possible, but Gottfried said not to sweat that.

“If you are an investor with broad market exposure through things like index funds or target-date mutual funds that have broad asset-class exposure and broad exposure to different industries, I think that it’s not something that you need to be particularly worried about,” Gottfried said. “It would take a whole lot of different events happening in quick succession for these isolated fluctuations to reflect on the broad market.”

That’s comforting. But regulators and policymakers in Washington, D.C., aren’t so sanguine about what happened with Gamestock and other meme stocks.

“The stock market — if you want it to be a giant gambling casino, it can be.”

The Department of Justice, the Securities and Exchange Commission, the Commodity Futures Trading Commission, Congress and others are looking into whether laws were broken or investing rules need to be revised. Their decision might impact how you and professional money managers can — and can’t — invest in the future.

A Word of Caution

One final thought on all this: Some people, especially some millennials, are hopping on the trend to buy and quickly sell shares of individual stocks as though it’s a game. Often, they’re using smartphone brokerage apps with zero trading commissions, like Robinhood, to do it. The view of my “Friends Talk Money” co-hosts and I: be careful.

As Krueger said: “The stock market — if you want it to be a giant gambling casino, it can be. I always joke and say, the name of Jim Cramer’s show on CNBC [where he offers stock picks] is called “Mad Money.”

So, if you or your adult child or another loved one wants to buy and sell stocks this way, be sure to keep that amount of money small as a percentage of an investment portfolio. And don’t get greedy: Set a target price for how much gain would be satisfying and sell at that point.

Bulls and bears on Wall Street are fine. Pigs aren’t.

Stocks making the biggest moves midday: Virgin Galactic, Gap, Nikola and more
How to get it right when naming an executor and filling other key roles in your estate plan
Cryptocurrency Purchases Made In USD Are Not Reportable To The IRS
Sensors Star In Mayo Clinic, Delos, KB Pilot Amid Healthier New Home Goldrush
Activist investor Jeff Ubben to join Exxon Mobil’s board, sources say