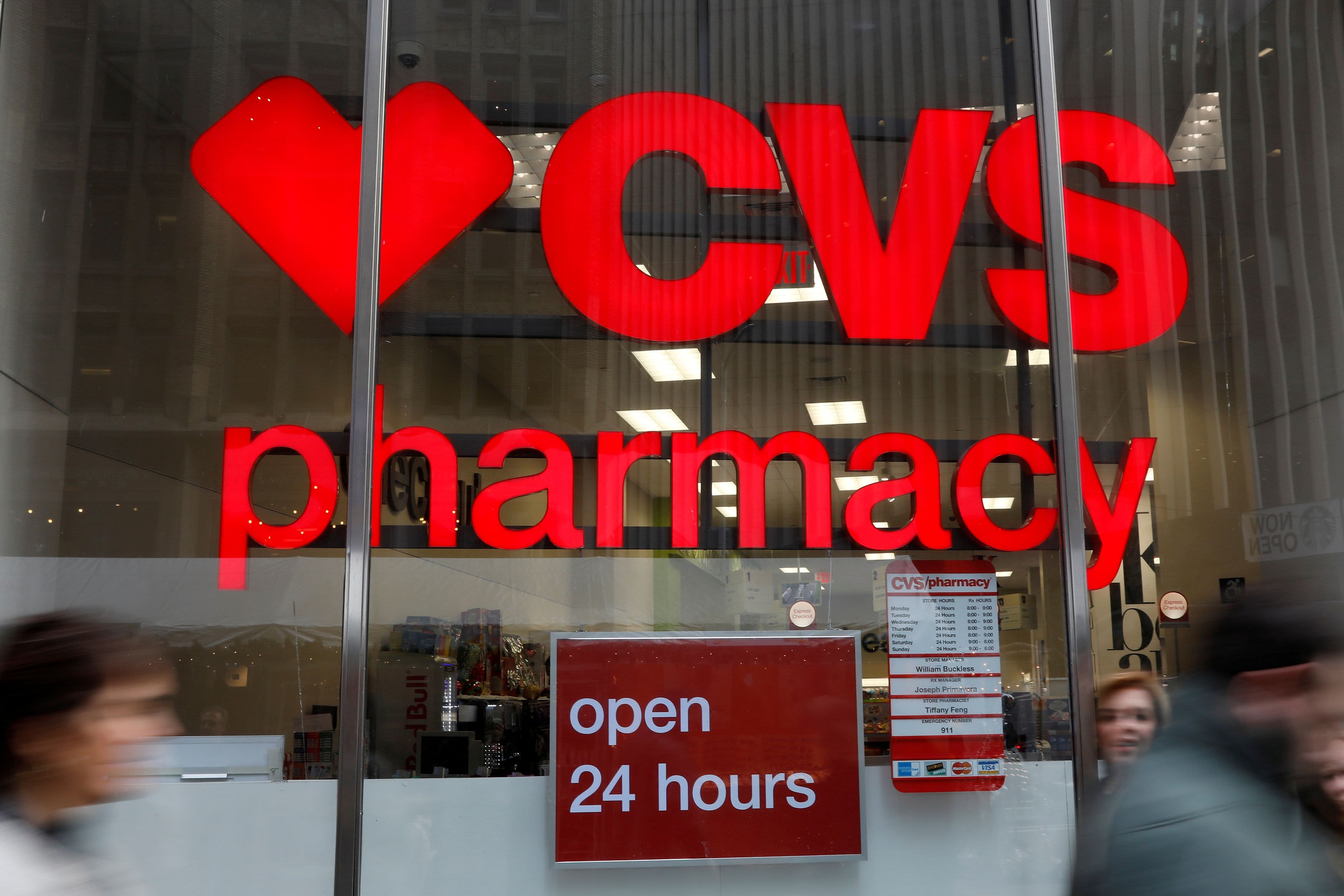 People walk by a CVS Pharmacy store in the Manhattan borough of New York City.

Shares of the company are up slightly in premarket trading.

Here’s what the company reported for the fiscal fourth quarter ended Dec. 31, compared with what analysts were expecting, based on a survey of analysts by Refinitiv:

The drugstore chain reported fiscal fourth-quarter net income of $975 million, or 75 cents per share, down from $1.74 billion, or $1.33 per share, a year earlier.

Revenue rose to $69.55 billion, from $66.89 billion a year prior. That’s higher than analysts’ expectations of $68.75 billion, according to Refinitiv.

CVS offers Covid-19 testing at many of its stores. The company said it’s administered about 15 million tests nationwide. It’s also given more than 3 million Covid vaccines in over 40,000 long-term care facilities. The drugstore chain and its competitor, Walgreens, struck a deal with the federal government in October to provide the shots to staff and residents at nursing homes and assisted living facilities. It began vaccinations at the facilities in December.

CVS is now taking on an expanded role in providing Covid vaccines at its stores. Last week, the federal government shipped doses directly to retail pharmacies’ stores — including CVS stores in 11 states.

This story is developing and will be updated.

Coach owner Tapestry sales in North America return to pre-pandemic levels, retailer swings to profit
Under Armour hikes full-year outlook, sees demand returning
What Are Your Health Insurance Options If You Retire Before Medicare?
Some couples may face a ‘marriage penalty’ under Biden’s tax plan
Pfizer plans to file for full FDA approval of Covid vaccine at the end of this month