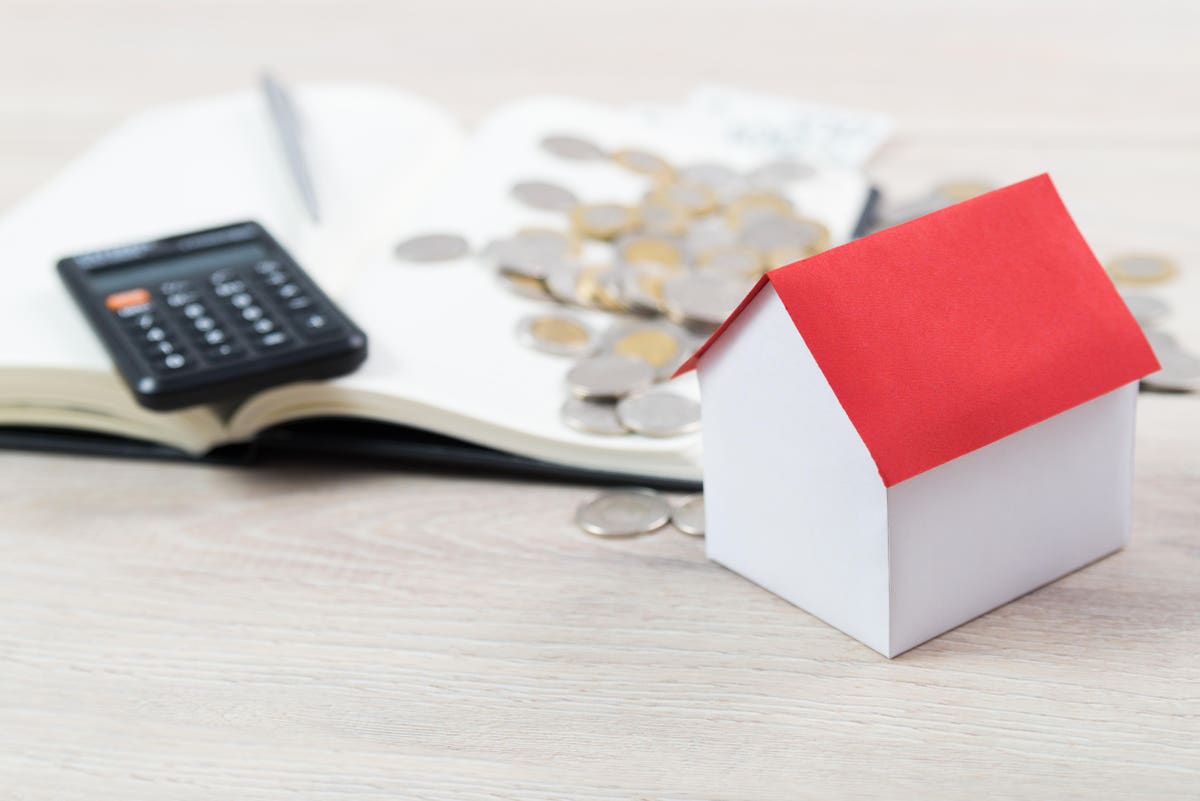 President-elect Joe Biden has unprecedented plans for the housing industry. His proposal for $640 billion over 10 years includes three tax incentives — a new renter’s tax credit, a refundable first-time homebuyer’s credit, and an expansion of the low-income housing tax credit (LIHTC). The incoming administration will likely review and finalize recently released proposed regulations (REG-119890-18) on the LIHTC. Building owners are hoping for changes to the proposed rules so that the recently added average income test provides as much flexibility as they thought it would when it was passed by Congress in 2018.

The LIHTC is the largest source of affordable housing financing offered indirectly to low-income households. The Joint Committee on Taxation estimated that between 2020 and 2024, the credit will cost $54.6 billion. Developers of projects that qualify get the credit in exchange for complying with an extensive set of rules.

The history of the LIHTC goes back to the Tax Reform Act of 1986, which added section 42 to provide a credit equal to the applicable percentage of the qualified basis of each qualified low-income building. The credit is available for 10 years after the building is placed in service.

To qualify, the project must meet one of three tests for a minimum percentage of units set aside for residents with low incomes. The first two tests, the “20-50” and “40-60” tests, aren’t the object of the new proposed regulations, but they’re relevant because the IRS and taxpayers have already had plenty of experience applying them.

Rev. Rul. 89-24, 1989-1 C.B. 24, explained how to determine the income limits for the 20-50 and 40-60 tests. The former requires that at least 20 percent of the units are rent-restricted and occupied by residents with incomes at 50 percent or less of the area median gross income. The latter requires that 40 percent of the units be set aside for residents with incomes of 60 percent or less of area median gross income. In the Consolidated Appropriations Act of 2018, Congress added a third minimum set-aside test — the average income test — in section 42(g)(1)(C), expanding the options for taxpayers to meet the set-aside requirement.

The rules on the designation of units under the imputed income limitation are a point of contention. Section 42 doesn’t prescribe the requirements for unit designations or prohibit changing designations. But the proposed regulations do both, so taxpayers could find the proposed rules too inflexible to make the average income test a viable option for meeting the set-aside requirement. Taxpayers had hoped that although unit designations would be made at the beginning of the credit period, they would still qualify in the future if at least 40 percent of all units met the average income test.

Prop. reg. section 1.42-19(b)(3)(i) states that the imputed income limitation designations of specific units may not be changed. The initial designation of all units included in the average income test must be completed by the end of the first tax year of the credit period. The preamble explains that this rule is meant “to promote certainty,” but it also severely reduces flexibility.

For example, if a unit is rented to residents with an income at 80 percent of the area median gross income, it appears that that can’t later be changed, said Glenn Graff of Applegate & Thorne-Thomsen PC. He said their inability to change designations could make it difficult for building owners to address situations that implicate the fair housing rules, such as if a tenant with income at 80 percent of the area median gross income requests a first-floor unit because they cannot walk up three sets of stairs to the available 80 percent unit, but a 40 percent unit available on the first floor could be swapped with the third-floor unit. “It doesn’t appear that [swap] works in the proposed regulations, because the unit designations are fixed,” he said.

Emily Cadik of the Affordable Housing Tax Credit Coalition said the main concern about the proposed regulations is that they would reduce the incentive to take advantage of the average income option. She said the coalition and others promoted the average income method for years “to make more types of affordable housing options possible and make properties viable in more types of communities (such as rural or high-cost areas), where having a broader mix of tenants can help with making a project financially feasible.” But if the proposed regulations are finalized with the severe penalties intact, the flexibility that the statute conferred will become much less widely used, she said.

The proposed regulations also include mitigation rules for when a unit fails to remain a low-income unit. Under the proposed rules, the building owner has 60 days from the close of the year in which the average income test might be failed to avoid total disqualification of the project and reduce the amount of recapture. The preamble explains that “the Treasury Department and the IRS recognize that, in some situations, the average income requirement may magnify the adverse consequences of a single unit’s failure to maintain its status as a low-income unit.”

The possible mitigating actions under the proposed regulations are converting a market-rate unit to a low-income unit or removing a low-income unit from the average income test and the credit calculation. Treasury and the IRS requested comments on an alternative mitigation approach that would allow the taxpayer to re-designate the imputed income limitation of a unit to put the average income test back at 60 percent of area median gross income or lower.

Developers are concerned about the possibility that one noncompliant unit could threaten the entire project. Cadik noted that the proposed rules on the average income method are more restrictive than the rules for the two other minimum set-aside tests. She said any changes that would move the average income method rules closer to what’s more familiar to the industry would be an improvement.

Like the 20-50 and 40-60 tests, the average income test has a rule on what to do when the income of the tenants of a unit rises above 140 percent of the larger of 60 percent of the area median gross income or the unit’s designated imputed income limitation. The next available unit rule in prop. reg. section 1.42-15 is intended to ensure that owners rent the next available unit to a qualified low-income resident if the incomes of other current residents of the building rise. In that case, the unit cannot be treated as a low-income unit if any unit in the building of a comparable size or smaller is rented by a new resident whose income is larger than the applicable imputed income limitation.

If low-income residents of multiple units exceed the income limitation at the same time, there’s no required order for filling the units. That provides flexibility to building owners, but it also introduces inconsistency into the proposed rules, because it makes it possible for the income designation of a unit to change under the next available unit rule, even though changing designations is otherwise disallowed, Graff noted.

Comments on the proposed regulations are due by December 29, and some have already been submitted. Dauby O’Connor & Zaleski LLC asked for the final regulations to allow subsequent changes to the imputed income designations, explaining that owners assumed that the average income method would allow them to adjust income designation “to mirror changes in the local tenant-base over time,” as long as the adjustments are otherwise made in accordance with the average income rule.

Another extension of the LIHTC deadlines because of the ongoing COVID-19 pandemic is the immediate top regulatory priority for the industry, Cadik said. The IRS extended deadlines for some requirements under section 42 until December 31 in Notice 2020-53, 2020-30 IRB 151, and developers are hoping to see a further extension. Notice 2020-53 permitted an extension for building owners to meet the 10 percent test in section 42(h)(1)(E)(ii).

Katten Muchin Rosenman LLP requested a six-month extension to meet the deadline in section 42(f)(3)(A), on the grounds that the pandemic has made it “difficult, if not impossible,” for many projects to meet the deadline for lease-up thresholds by the end of the first year of their credit period, or else lose part of the amount of the LIHTC available over their project’s 10-year credit period. The pandemic “drastically reduced the pace of leasing for rent-restricted affordable housing units,” the firm explained. It noted that the difficulties affordable housing applicants have encountered in submitting applications remotely, the longer approval times for projects by the state agencies that administer the LIHTC programs, and the increase in affordable housing applicants who lost employment because of the pandemic and dropped out of the application process for an apartment support a further extension of the deadlines.

Future Changes to the LIHTC?

One regulatory priority for the LIHTC is for the IRS to allow taxpayers to claim the credit in a year they are eligible, even if they don’t have a Form 8609, “Low-Income Housing Credit Allocation and Certification,” which can be delayed for various routine reasons. Cadik said the pandemic understandably moved other items to the top of the IRS’s list of guidance projects but that adding a reasonable cause exception to the Form 8609 requirement is needed. The IRS has requested comments on Form 8609.

Sarah Saadian of the National Low Income Housing Coalition said she would like to see the average income test increase the number of units that are affordable for residents with the lowest incomes. Adding the new set-aside test to the LIHTC is one piece of the puzzle in ensuring sufficient affordable housing, but Congress should add a renter’s tax credit or increase the availability of vouchers, she said. She added that also helpful would be the basis boost for projects that serve extremely low-income households and that are in hard-to-serve areas in the proposed Affordable Housing Credit Improvement Act (S. 1703) sponsored by Senate Finance Committee members Maria Cantwell, D-Wash., and Todd Young, R-Ind. “We want to see the LIHTC work as well as possible, and to do that, we also need other tools that can be layered onto the LIHTC to make housing affordable for this specific population,” Saadian said.

Curiosity: The Most Important Trait For Financial Advisors
Stocks making the biggest moves midday: Virgin Galactic, Gap, Nikola and more
New Administration, New Potential Changes You Should Be Aware Of
A $15 federal minimum wage would give 19 million women a raise — but it might not happen anytime soon
Delinquent Student And Non Fraud Past Felons Can Now Receive PPP Loans