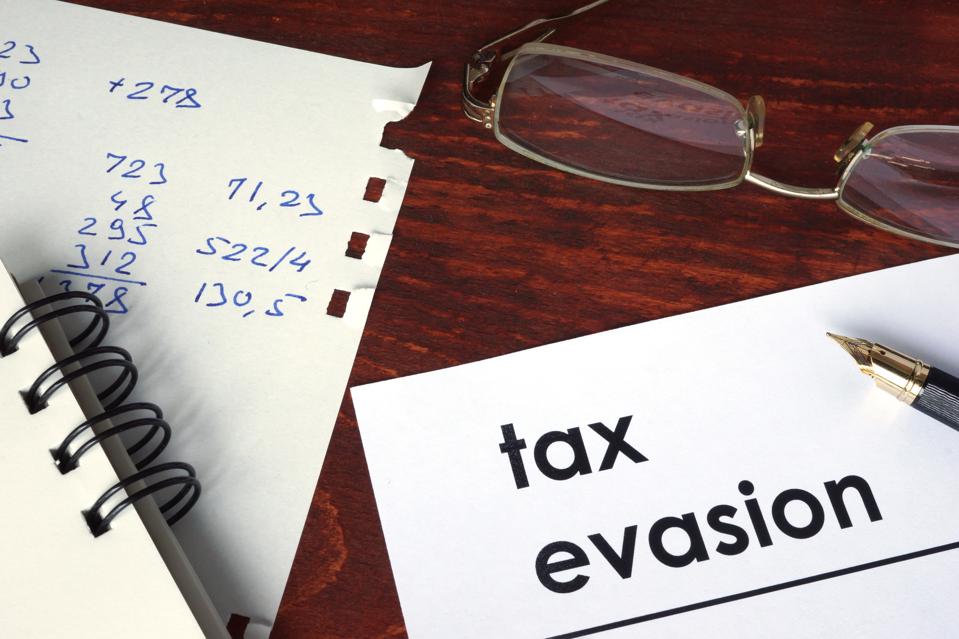 Together with the United States District Court for the Northern District of California, the Internal Revenue Service (IRS) Criminal Investigations (CI) division announced what is being called the largest ever tax charge against an individual in the United States.

Robert T. Brockman, a 79-year-old resident of Texas, and the chairman and CEO of The Reynolds and Reynolds Company, has been accused of hiding over $2 billion in income from the IRS over 20 years.

Brockman was charged in a 39-count indictment that focuses on two separate pieces:

While the scheme involved multiple entities across multiple countries (including the British Virgin Islands, Nevis, and Bermuda), prosecutors focused on the allegations against Brockman. According to the indictment, Brockman directed untaxed capital gains income to secret bank accounts in Bermuda and Switzerland.

Prosecutors charge that Brockman also used nominees to create a false paper trail giving the appearance that he was not in control of individual entities, when, in reality, they claim that he did. Among other things, he reportedly used them to purchase the “Frying Pan Canyon Ranch,” the “Mountain Queen” vacation home, and the luxury yacht “Turmoil” (later renamed “Albula”) with unreported taxable income, for his personal use.

“Complexity will not hide crime from law enforcement,” said U.S. Attorney Anderson. “Sophistication is not a defense to federal criminal charges. We will not hesitate to prosecute the smartest guys in the room.”

To hide his tracks, authorities say that Brockman backdated documents, suggested using multiple phones so that calls could not be easily traced, fabricated memos, and directed his nominee to use an assumed name when attending an event.

He also tried to hide evidence, including making trips to physically destroy documents and electronic media. According to the indictment, he directed his nominee to destroy evidence using shredders, hammers, and other means. My favorite bit? According to the indictment, Brockman directed one of his nominees to purchase a computer program called “Evidence Eliminator” for his computers.

Prosecutors also allege that Brockman used code words on encrypted emails to hide assets overseas. For the scheme, Brockman used the code “Permit” or “Permit1.” His nominees were called “Redfish,” “King,” “Bonefish,” “Snapper,” and “Steelhead” (notice a theme?). Brockman referred to the IRS as “the house.”

The investigation relied on significant work from IRS-CI. Referring to IRS-CI agents, Chief Lee highlighted the findings of the “best financial investigators” in the world.

Attorney Anderson also announced a non-prosecution agreement involving Robert Smith, a Texas billionaire and chief executive of Vista Equity Partners. Investments involving Vista Equity Partners were vital to Brockman’s scheme. As part of the agreement, Smith has admitted his participation in the tax cover-up, agreed to pay nearly $140 million in tax, penalty, and interest, and has been cooperating with federal investigators.

Smith made headlines in 2019 when he announced that he was paying the student debt for the entire class during the commencement address at Morehouse College. Smith is ranked at #320 on Forbes’ Billionaires 202o with an estimated worth of $5.2 billion. According to a 2018 issue of Forbes, he was the country’s wealthiest African-American (yes, even more than Oprah).

The Justice Department has discretion in deciding who to charge and what charges are applicable. They consider the prosecution’s evidence as well as external factors, like cooperation. Anderson said that neither politics, nor charity work, affected the decision not to charge Smith. Rather, citing the ongoing investigation, he noted that the message that the agreement sent was that it was never too late to cooperate with authorities.

In attendance for the announcement were United States Attorney for the United States District Court for the Northern District of California, David L. Anderson, IRS-CI Chief Jim Lee, and IRS-CI Special Agent in Charge Andy Tsui.

The trio repeatedly noted that the investigation is ongoing, signaling that there is undoubtedly more to come.

Chief Lee noted that Brockman “seemingly spent as much time covering his tracks as he did making the money in the first place,” adding, “I haven’t seen this level of greed and cover-up in my career of 25 years.”

Multifamily Apartments: A Dichotomy Between Fundamentals And Prices
Stocks making the biggest moves in the premarket: Deere, Dropbox, Novavax & more
Black-owned beauty brands and founders breaking billion-dollar barriers
Op-ed: You’ve been asked to invest in a private venture. Here’s when to say ‘yes’ and when to walk away
Taxpayers may be victims of unemployment fraud. The IRS wants to help