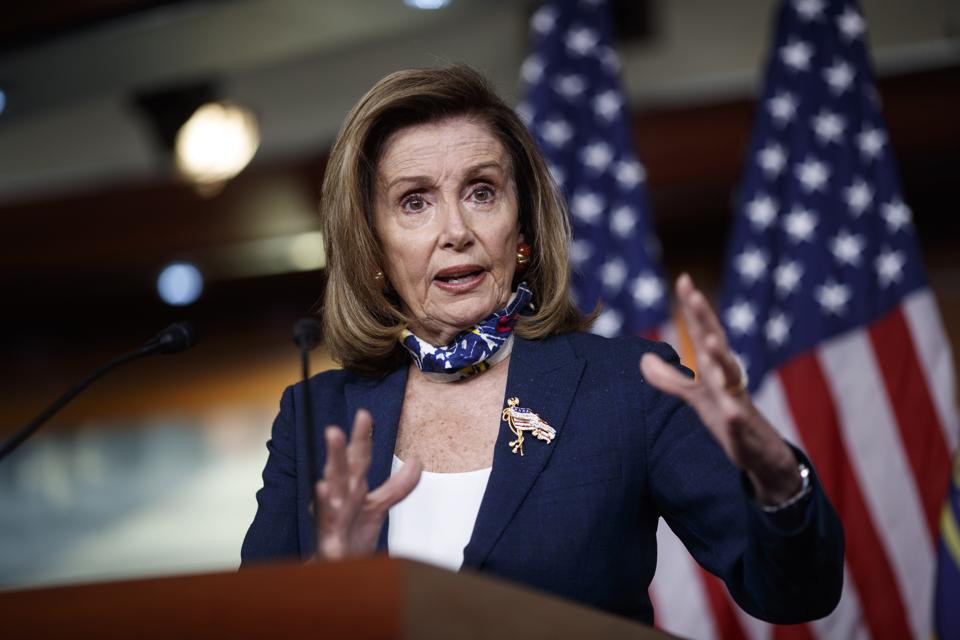 The House passed a $2.2 trillion scaled-back version of the Heroes Act last night. The vote was along party lines and represents the Democrats’ position in ongoing negotiations with Republicans on a another round of Covid-19 relief. While much of the news focuses on a second stimulus check, individuals and families could receive far more money from other provisions of the bill.

Here’s a list of some of the direct payments and other benefits individuals and families could receive under the Heroes Act if it became law. Because stimulus checks are part of the overall package, let’s begin there.

The revised Heroes Act includes a second round of stimulus checks, officially called Economic Impact Payments. The amounts are the same as the first round:

The income limitations are the same, although some eligibility requirements have been relaxed. For example, the age limitation on qualified dependents has been lifted, allowing full-time students below age 24 and adult dependents to qualify for the $500 payment. In addition, there is no limit on the number of dependents that would qualify.

The bill would continue the $600 per week Federal Pandemic Unemployment Compensation (FPUC) supplement through January 31, 2021. This payment is in addition to any state unemployment benefits one would receive. It’s also retroactive back to September 6, 2020. The result is approximately 21 weeks of enhanced unemployment benefits of $600 a week.

The Heroes Act expands eligibility for and the amount of the Earned Income Tax Credit (EITC). For those with no qualifying children it decreases the eligibility age from 25 to 19 and the upper age from 65 to 66. It also increase the amount of the credit. The result is that in 2020 the maximum credit increases from $538 to $1,487.

It also allows individuals to substitute their 2019 income for their 2020 income under certain circumstances for purpose of calculating the EITC. According to Speaker Pelosi, parents who lost all of their income in 2020 could still qualify for $5,920 in EITC based on their 2019 earnings.

As a result, a family of four could receive $4,000 in refundable tax credits under the Heroes Act, rather than $2,800 under current law. In addition, the bill directs the Treasury Secretary to pay the enhanced credit in advance, meaning the payments could go out this year rather than after 2020 tax returns are filed next year.

The House stimulus bill makes significant changes to the child and dependent care tax credit (CDCTC). The CDCTC is a tax credit that helps working families pay for childcare and the care for incapacitated spouses or adult dependents. The Heroes Act would expand the CDCTC for 2020 in several ways:

According to Speaker Pelosi, the additional benefits would be worth more than $100 a month for a qualifying family of four.

According to Speaker Pelosi, a parent losing his or her job would be eligible for these premium tax credits worth on average $1,386 per month.

There are countless other provisions in the Heroes Act that would directly or indirectly benefit individuals and families. These include:

While news on a second stimulus check seems never ending, the Heroes Act would provide substantially more money to many individuals through other provisions of the act. In total, some individuals and families could receive payments and other benefits worth tens of thousands of dollars.

What a final package that’s signed into law will look like, however, remains to be seen. While it’s unlikely a final deal would include all of the above provisions, it likely will include many of them. The big question on the minds of many is when will an agreement be reached.

Speaker Pelosi and Secretary Mnuchin continue their negotiations in an effort to reach an agreement. On MSNBC today Pelosi said they are “coming to terms,” but specific language in the bill still needs to be resolved. Forbes will continue its ongoing coverage of this important issue as developments unfold.