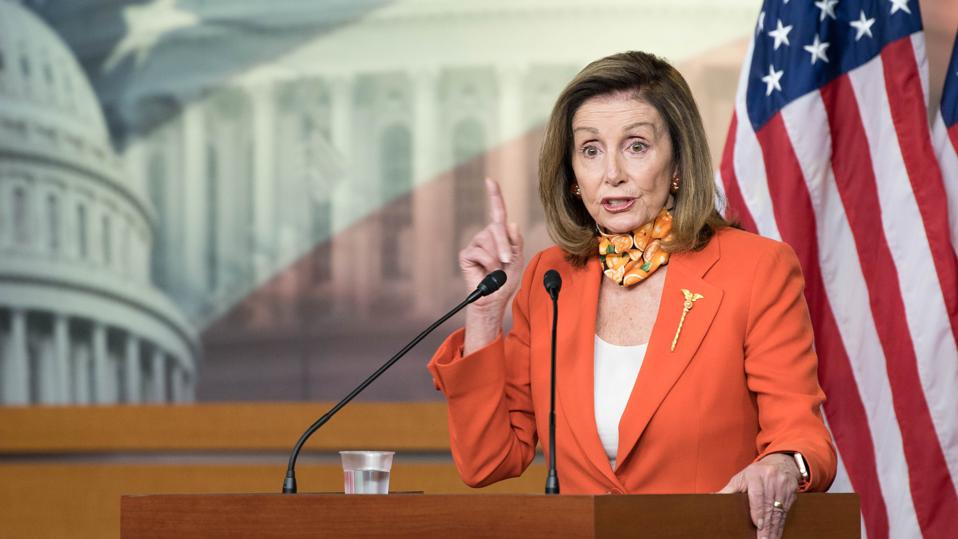 House Democrats are likely to release a smaller coronavirus relief package sometime next week if they don’t agree to a deal with Republicans before then, according to a report from Tax Notes on Thursday.

The new relief package will amount to around $2.4 trillion, acting as an updated version of the $3.4 trillion HEROES Act passed by the House earlier this year, according to several Democrats.

With mounting pressure to help small businesses by extending the Paycheck Protection Program, several Democrats have pushed for a compromise with Republicans in order to pass more fiscal stimulus.

House Majority Leader Steny Hoyer (D-Md.) told reporters that the best way forward is to “get an alternative [bill] sent to the Senate that is a compromise.”

Lawmakers have been deadlocked for months over the next round of coronavirus stimulus, with negotiations between Treasury Secretary Steven Mnuchin, White House chief of staff Mark Meadows and Democratic House Speaker Nancy Pelosi at a stalemate.

The Trump Administration and Senate GOP have advocated for a smaller bill that would provide between $1 trillion and $1.5 trillion in new aid, while Democrats have insisted on a larger package worth more than $2 trillion.

In their most recent move, however, Senate Republicans earlier this month tried and  failed to pass a pared-down coronavirus relief bill that included only $300 billion in new money.

According to Ways and Means Committee member and Deputy Whip Daniel Kildee (D-Mich.), Democrats plan to negotiate with Republicans until the end of next week, but if that doesn’t lead to an agreement, House Democrats will put forward their own, smaller bill.

“We came down $1 trillion in our $3.4 trillion bill and offered to meet Republicans halfway,” Pelosi said about stimulus talks in a press conference Thursday. “We still haven’t heard back from Republicans about that.”

“I’m talking with my caucus, my leadership, and we’ll see what we’re going to do,” Pelosi said on Thursday, refusing to rule out the possibility of a new coronavirus stimulus proposal from House Democrats. “But we’re ready for a negotiation. That’s what we’re ready for.”

Since the HEROES Act was passed by the House of Representatives in May, several aspects of the proposed relief package will have to be updated, Democrats said. Funding for opening schools has changed and restaurants will need more federal aid as outdoor seating becomes more difficult during the winter season. After lawmakers successfully agreed on a spending bill to avoid a government shutdown through mid-December, Ways and Means Committee member Bill Pascrell Jr. (D-NJ) said that Democrats were encouraged that a deal could be reached with Republicans on stimulus next week. In testimony before Congress on Wednesday, Federal Reserve Chairman Jerome Powell again reiterated that “more fiscal support is likely to be needed” in order for the U.S. economy to recover from the coronavirus pandemic. Another stimulus bill is crucial if the U.S. economic recovery is to continue, Powell said, adding that there’s still “a long way to go.”

Top Wall Street analysts have recently warned that the death of Supreme Court Justice Ruth Bader Ginsburg—and the ensuing battle over her successor—will further decrease the likelihood of another fiscal stimulus bill before the election. While Trump has pledged to announce his Supreme Court nominee by Saturday, Republicans have already been preparing for a confirmation battle by mobilizing votes in the Senate. “Fiscal stimulus is really all but dead,” declared Sarah Bianchi, macro research analyst at Evercore ISI.

The stalemate in Washington over further economic relief will lead to slower-than-expected economic growth at the end of 2020, Goldman Sachs predicted in a note to clients on Thursday. “We now think that any further stimulus will wait until early 2021,” Goldman analysts said after they cut their GDP forecast for the fourth quarter to 3%, down from 6%.

Full coverage and live updates on the Coronavirus