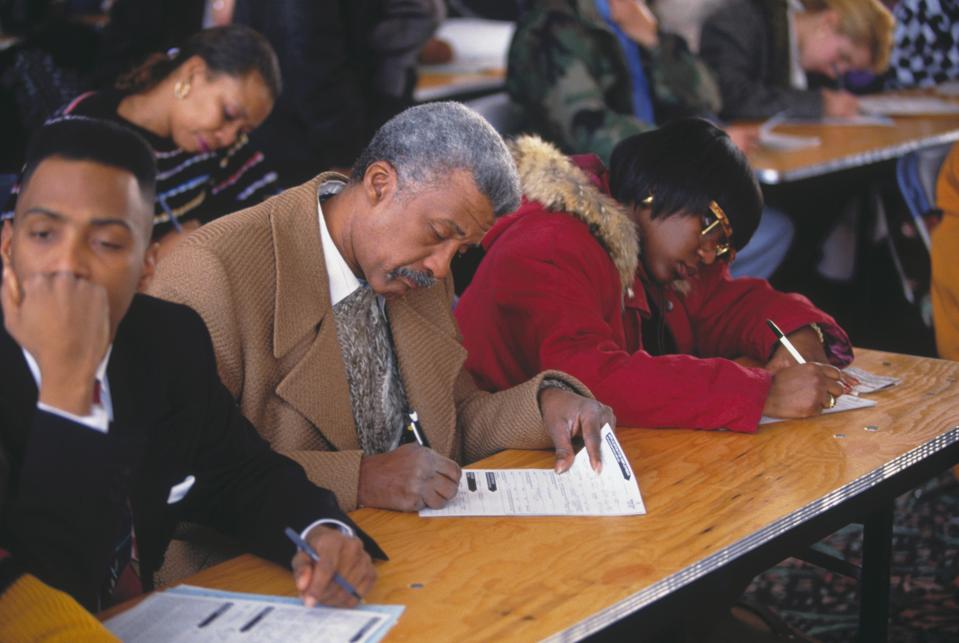 Disappointed older workers scatter the news. In 2018, the Atlantic magazine interviewed “energetic, tech-savvy, and positive,” Lisa Edmond, who at age 61 was forced out of the job she had for 40 years because of a corporate merger, said “I never expected to be unemployed… I wasn’t prepared.”

In February of this year, before the virus-recession, Bankrate reported on sluggish pay raises for older workers forcing Christopher Lond, also 61, to put retirement planning on hold even though is wife is ill.

The New York Times
this month reported on Becky Schaffner, 64, jobless after 39 years with Marriott, “I loved my job.”

Becky, Lisa, and Chris are not alone, new evidence from the New School research team, led by Aida Farmand, links their experience to the fact being loyal to one employer does not boost earnings like it once did. Anemic pay and permanent layoffs among older workers indicate that decades of ladder-climbing and loyalty become less meaningful for near-retirement age workers.

The Financial Return To Loyalty Is Falling

For the last 20 years, older workers experienced falling returns to tenure. (That effect is direct because we controlled for changes in other factors that would explain falling pay like occupation, race, gender, and union status.) For twenty years from 1992 (the first year we started measuring) to 2002 an additional year of tenure garnered about a 1.5 percent increase in wages per year. By the 2010s, the average returns to experience fell by almost half, to about 0.8 percent.

A 2019 Bankrate survey  supports our evidence — half of workers age 55-64 in the survey did not get a pay increase in the past 12 months. Workers age 65-73 fared even worse, nearly 3 in 5 did not receive a pay increase, the worst experience of all age groups in the survey. In addition, more work experience no longer protects older adults from job loss and unemployment as much as it once did. This alarming finding was first unveiled by Urban economist Richard Johnson and colleagues who warned us in 2009, just after the last recession. No academic has moved this research forward yet. But I suspect when this COVID-19 recession comes to an end, there will be plenty of studies on how 40 million older workers became more replaceable than anyone ever thought they would.

Why the Shift in The Experience Bonus?

Experience mattering less in the labor market upends one of the most enduring beliefs in labor economics. The enduring belief that experience, wisdom, and know-how pays in money and security was backed up by fact for decades.

Economists once routinely found seniority was linked to higher wages, promotion opportunities, and employee benefits. This seniority boost is especially true when the skills and knowledge a person has is truly particular to their occupation. (Nerd note: The boost in compensation called the “returns to tenure” predicts the financial returns from experience are especially high for workers who stay in the same occupation, because they have mastered “job-specific” skills, internalized their organization’s culture, and made productive contacts. Union strength often codified these gains to productivity.)

The upshot is that hoping one’s experience and loyalty is special to their employer can often make older workers think they are too valuable to replace. Who doesn’t want to think they are irreplaceable? An irreplaceable worker possesses true bargaining power. But that hope maybe misplaced.

My co-authors, Aida Farmand and Siavash Radpour and I explained in an Atlanta Fed publication last week that we should expect bargaining power of older workers to fall and the returns to experience to fall even more due to the particular effects of the COVID-19 recession. Congress needs to anticipate the erosion and act to help protect older workers’ financial futures.