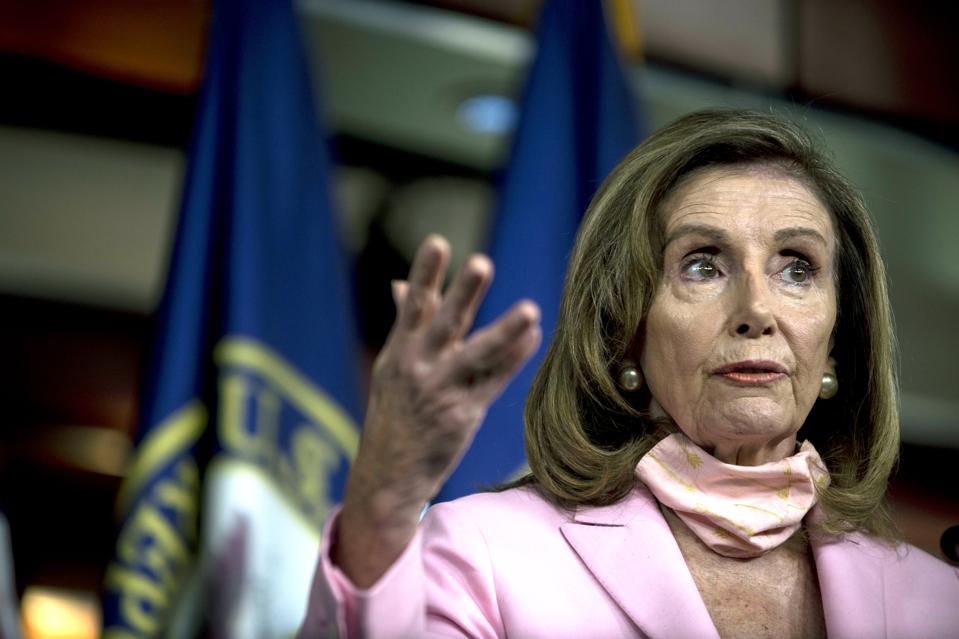 When Congress reconvened after their July 4th recess, it seemed as if both sides were motivated to pass a compromised stimulus package that would include some form of stimulus checks and, potentially, unemployment benefits.

Now, as they continue their August recess, such a package seems far from certain. Both sides have grown further apart, and discussions have been limited to a phone call between House Speaker Nancy Pelosi and White House chief of staff Mark Meadows in the past week or so.

Meanwhile, Republicans have considered introducing a new version of a potential stimulus package, which would reduce the cost of the bill to $500 billion. In this skinny version, stimulus checks would no longer be included.

It’s a surprising decision for two reasons. First, the stimulus checks were one of the few bipartisan agreements in the negotiations. Second, Democrats have already passed a $3.5 billion stimulus measure in the House of Representatives and have reduced the size of a compromised stimulus package to $2 trillion in negotiations. Pelosi and Sen. Chuck Schumer (D-NY) have demanded that Republicans come up $1 trillion from their original mark.

The move by Republicans – including reducing the ask while Democrats seek an increase – makes the likelihood of any deal seem further removed.

What’s most concerning about these maneuvers from both sides of the aisle is that the political games have gotten in the way of producing a bill that provides stimulus to an economy that has shown signs that it’s losing its potential for a rebound. Economists fear a double dip recession, more than one million workers filed for initial unemployment claims last week and rates of COVID-19 cases remain high.

The Hill has an interesting breakdown of the thought process behind the GOP’s skinny stimulus bill. When they released a $1 trillion stimulus proposal in late July, many Republicans did not agree with the measure. Reportedly, at least 20 Senators do not believe a second stimulus bill is needed. Some also likely don’t want to provide a large federal spending measure heading into an election.

As negotiations stalled between Democrats, there’s a desire to come to an agreed upon bill, which can be supported by every Senate Republican. Current iterations of the skinny bill indicate it will have funding for the Postal Service to prevent mail-in-voting concerns and $300-a-week unemployment benefit boost. But the bill does not include stimulus checks or funding for state and local governments, two measures important to Democrats.

If such a bill is produced, some Republicans believe it’s advantageous to bring it to the floor in the Senate, forcing Democrats to vote against a COVID relief measure months before an election.

It’s a disingenuous move since Republicans know Democrats won’t support such a measure. But, for talking points sake, Republicans can say they passed COVID relief.

Sen. Marco Rubio (R-Fla.) has said the measure could hit the Senate floor next week. This would require Senate Majority Leader Mitch McConnell (R-KY) to reconvene the Senate early, as it’s in recess until the week of Sept. 8.

It’s not like Democrats aren’t also playing a political game of roulette with the aid, either. As talks have stalled, there’s been little discussion between the White House – which has argued for stimulus checks as well – and Pelosi.

Democrats feel as if they’ve bended considerably in the negotiations, but the White House, so far, hasn’t budged from the $1 trillion figure. Pelosi has essentially refused to talk until Republicans budge.

But she also knows that there’s upcoming legislation required at the end of September to keep government open. She can use that as leverage.

Appropriation bills to fund government’s spending have to be passed by the end of September in order to keep the government open. No appropriation bills have been passed in the Senate, yet. According to New York Magazine, Republicans don’t want to force any controversial votes on appropriations to protect vulnerable Senators heading into an election. Instead, they will look for a larger, omnibus bill to fund the government.

Republicans also don’t want a shutdown of the government a month before an election. This gives Democrats leverage to use stimulus as a negotiation chip in a potential omnibus bill.

While the thought process may make sense, it doesn’t provide help to those struggling to afford paying bills due to a loss of a job or a reduced paycheck.

New York attorney general warns cryptocurrency industry: ‘Play by the rules or we will shut you down’
GM evaluating second U.S. battery plant for EVs amid construction of $2.3 billion facility in Ohio
Stimulus checks, unemployment benefits lift 1.6 million Americans out of poverty
FDA panel unanimously recommends third Covid vaccine as J&J wins key vote in path to emergency use
Mark Cuban: Crazy NFT prices ‘will settle down’ over time, but the tech is here to stay