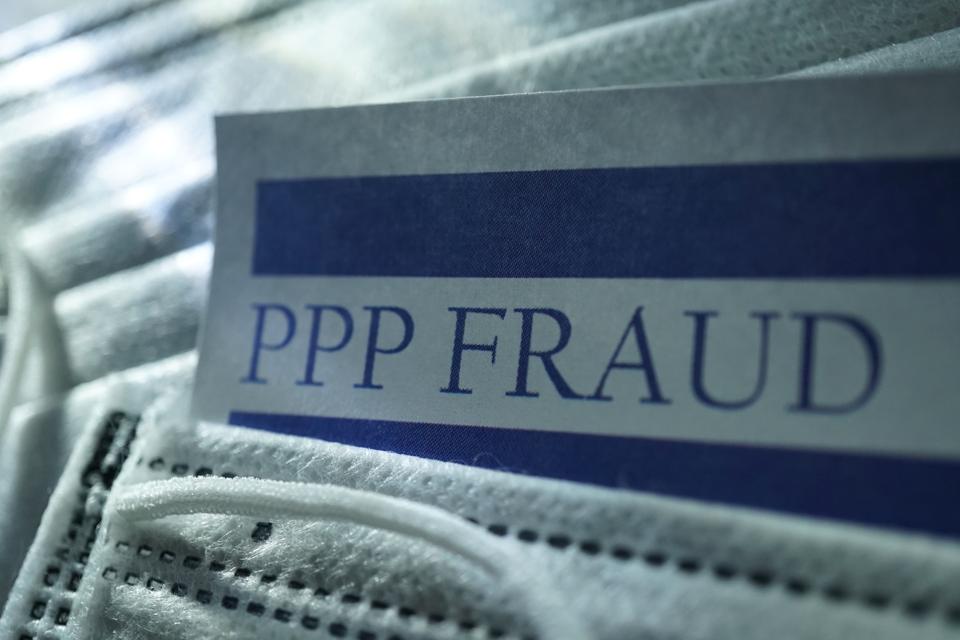 The Paycheck Protection Program has been something of a whirlwind as hundreds of billions were quickly shoveled out. Thousands of accountants found themselves drafted into service as loan agents – mostly unpaid agents, although that fight is continuing. And, shocking, there was fraud. Quite a bit of fraud and given how quickly the program ramped up and that over half a trillion flowed out, it is of course not shocking.

I spoke with Brian Sanvidge of Anchin. He is a principal at Anchin where he is the Leader of Regulatory Compliance and Investigations. He has had a long career in government service. Immediately prior to Anchin, he was the Inspector General of the New York Department of Labor. When it comes to fraud, there is nothing new about PPP.

“Unfortunately, experience in prior crises shows that well-intentioned efforts to quickly get such aid “out the door” to those who need it can also leave the door open to fraud, waste and abuse. The vast sums of money being injected into the economy, the haste with which organizations must deploy those funds, and pandemic-related financial pressures on employees and contractors have created a “perfect storm” of conditions that may lead to fraud, waste and abuse.”

Mr. Sanvidge told me that the FBI has hundreds of agents working PPP cases. There are also IRS-CI agents and people from the SBA Inspector General’s office.

To get some insight into how PPP fraud works, I studied some of the complaints filed in recent cases that are outlined in this DOJ press release. Everybody’s names are now public record, but the people charged don’t need me to make them more famous. I am going to call the two fellows I focus on Florida Man (FM) and Ohio Guy (OG).

Another player in all this is someone called CHS 2. CHS 2 is ratting out his confederates. Here are some of the high points.

Defendants have devised and participated in a scheme to obtain by fraud millions of dollars in forgivable loans through the Paycheck Protection Program (“PPP”) and other government programs, conspiring with two people now cooperating with the investigation (“CHS 2” and “CHS 3”), and others.

OG obtained a fraudulent PPP loan for his own business. Then he teamed up with CHS 2 and some others to obtain loans for others taking a substantial kickback – even more than the up to 5% that the banks are getting.

OG recruited applicants from his network of business contacts from his work as a manager for professional football players. That strikes me as a little odd, because OG does not have any sort of internet presence, which that sort of work would kind of indicate.

All in they prepared at least 90 fraudulent applications for a total of more than $24 million. About $17.4 million of that was approved. The successful applicants in many cases wired kickbacks of as much as 25% to an account controlled by CHS 2. OG expected to get a cut from CHS 2 and CHS 2 delivered over $900,000 to OG in a six week period.

As I explained in this piece the CARES Act contemplated that the banks would share as much as 1% of their 5% fee (amounts scale down for larger loans) to agents – the army of accountants who were drafted into service to make the legitimate loans work. In many cases the banks paid nothing, the subject of ongoing litigation.

CHS 2 is an admitted criminal and an informer, but you have to give him credit for not stiffing his confederate like the banks stiffed the accountants.

Reilly’s Fourth Law of Tax Planning – Execution isn’t everything but it’s a lot – apparently applies to setting up a decent fraud operation. As the CHS 2 team got going they started making mistakes that made their fraud obvious.

In recycling a statement, CHS 2 generally changed only the account number and the account holder’s name and address, such that each version of the statement had identical figures and line items throughout the statement.

For example, the conspirators used nearly identical versions of the same fabricated bank statements, recycled in the PPP applications for multiple companies with minor changes.

The applications relied on falsified payroll numbers, supporting those figures with counterfeit IRS Forms 941 that CHS 2 and CHS 3 created.

Manufacturing fraudulent supporting documents is hard work. Don’t take silly shortcuts. You may think you are clever, but IRS-CI and FBI agents are probably more clever.

If you cut a lot of corners in your PPP application, you better have been discrete about it. Ratting people out to the IRS for tax cheating is very difficult, but it is a different story when it comes to other forms of stealing from the federal government including PPP fraud.

Anybody who knows about it can file a qui tam action on behalf of the federal government and we can see here The Employment Law Group ready to help you out. PPP fallout will be providing white-collar employment for many years to come.

Back To The Expert

Mr. Sanvidge lamented the way things have gone with the program.

“On the relief funds, usually we say help the needy and deal with the greedy. Here the greedy have jumped straight to the head of the line.”

He also does not have much sympathy for the likes of FM, OG, and CHS 2.

I have never once seen a fraud case involving a sick child. It’s always because of greed. If people have the opportunity to do it they will do it.

Mr. Sanvidge indicated that Anchin may well be working on defending some of the people charged with PPP shenanigans. The other type of work that will also be there is in mergers and acquisitions. Looking for PPP skeletons will likely be a part of due diligence in doing deals in the next few years.

The Downside Of The Al Capone Syndrome

The involvement of IRS-CI in this is quite understandable. They have a reputation for being great forensic accountants. Also from a public relations viewpoint, they seem to like to talk about catching money launderers and drug traffickers and the like. They still brag about Al Capone.

I think this may be because there is a sentiment among many in the public that people who commit pure tax crimes are not really criminals. One of my best friends often remarks that “Taxation is theft”.

There is a problem with putting them on this project though. If IRS-CI is not working on tax crimes, nobody is. There is an astounding number of federal police forces. Here is a not quite complete list. (It is all the agencies that use the Federal Law Enforcement Training Center where, as I learned, a law enforcement national parks ranger can be taught ethics by an IRS-CI veteran).

Don Fort who is the Chief of CI notes in the 2019 annual report:

Most crimes are still committed for financial gain and we are still the only federal agency that is authorized to investigate and recommend prosecution on federal income tax cases.

Diverting IRS-CI to chase criminals that other Federal law enforcement could go after takes a little pressure of the people whose only crime is cheating on their taxes. Just saying.