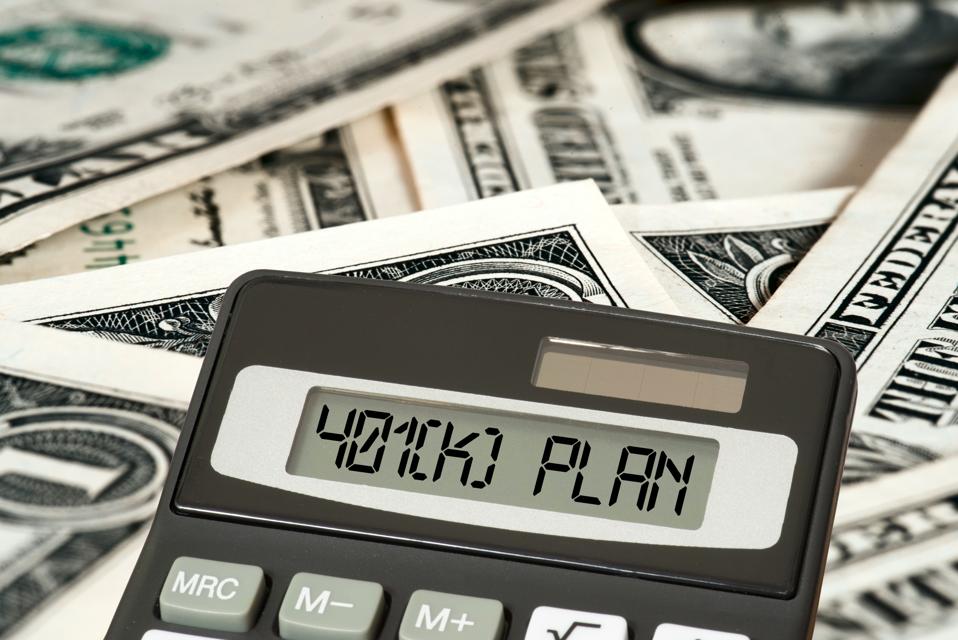 Readers, after publishing my prior article, with the clunky title, “Joe Biden Promises To End Traditional 401(k)-Style Retirement Savings Tax Benefits. What’s That Mean?” I received, generally speaking, two types of feedback: first, challenging me with respect to my statements, in general, of Biden’s plan; and, second, asking for more of an explanation of what I mean, with respect to 401(k)s and taxes. As you might guess, I’m not going to turn down an opportunity to math at a question.

To back up briefly, the Biden proposal is this: rather than continuing the existing tax treatment for 401(k) plans, since this benefits higher earners disproportionately insofar as they save more and pay taxes at higher rates, he would instead provide a tax credit for retirement savings.

Here’s the full text of the Biden promise on the campaign website:

“Under current law, the tax code affords workers over $200 billion each year for various retirement benefits – including saving in 401(k)-type plans or IRAs. While these benefits help workers reach their retirement goals, many are poorly designed to help low- and middle-income savers – about two-thirds of the benefit goes to the wealthiest 20% of families. The Biden Plan will make these savings more equal so that middle class families can enter retirement with enough savings to support a healthy and secure retirement. President Biden will do so by:

“Equalizing the tax benefits of defined contribution plans. The current tax benefits for retirement savings are based on the concept of deferral, whereby savers get to exclude their retirement contributions from tax, see their savings grow tax free, and then pay taxes when they withdraw money from their account. This system provides upper-income families with a much stronger tax break for saving and a limited benefit for middle-class and other workers with lower earnings. The Biden Plan will equalize benefits across the income scale, so that low- and middle-income workers will also get a tax break when they put money away for retirement.”

And here’s the key section of a Roll Call article filling out some (but not many) details:

“Ben Harris, a Biden adviser who served as the nominee’s chief economist during his vice presidency, emphasized the equalization feature at a policy roundtable Aug. 18 during the Democratic National Convention. ‘This is a big part of the plan which hasn’t got a lot of attention,’ Harris said.

“Under current law, there will be some $3 trillion in tax benefits distributed to those saving for retirement over the next 10 years, Harris said. But those tax breaks are spread ‘incredibly unequally’ with low-income earners getting very little, he said.

“’If I’m in the zero percent tax bracket, and I’m paying payroll taxes, not income taxes, I don’t get any real benefit from putting a dollar in the 401(k),’ Harris said. ‘But if someone’s in that top tax bracket, they get 37 cents on the dollar for every dollar they put in there,’ he said.”

Now, what exactly does Biden have in mind? The campaign has not spelled out any particulars (and has not responded to a request for comment), but I have drawn on the existing discussion on the topic among politicians, pundits, and policy analysts (as partially cited in my prior article) to identify the intended plan as a tax credit, similar to the existing Savers’ Credit but more generous and expansive. Likewise, the existing proposals and discussion is not merely about expanding that credit but reducing or wholly eliminating 401(k) tax breaks to pay for it. Whether the envisioned credit would be capped or means-tested, and whether retirement savings accounts would retain any tax benefit, even that of taxing capital gains at lower rates, is unclear.

But, again, my final point in the prior article was that it is a misunderstanding of the nature of 401(k) (and similar) plans, to say that a top tax-bracket person would “get 37 cents on the dollar.”

The benefit of a 401(k), or IRA, or 403(b), is not a matter of a tax deduction. It is quite unlike a charitable contribution, or mortgage interest, or any other such true tax deduction.

The benefit of a retirement account is that the investment returns are not taxed.

This is plain to see for a Roth 401(k) or IRA, where contributions are made with after-tax earnings but at retirement, there is no further taxation applied.

But this is also true for a traditional IRA.

Here’s a Roth IRA calculation, for the account growth for a single hypothetical year until withdrawal:

Here’s the calculation for a traditional IRA:

Basic arithmetic tells us that rearranging the order of multiplication doesn’t change the final result.

(What’s the benefit of one type of account versus the other? A traditional IRA shifts income from working years when it is, in principle, taxed at that person’s highest marginal rate, to retirement years when it is taxed at the full range of rates applying to them. A Roth IRA is better for people who are in lower tax brackets now, or who expect taxes to go up in the future, generally speaking.)

In any event, without the tax benefit, both the contributions and the investment return would be taxed — similar to a bank account (interest is reported as income for income taxes), a mutual fund (”distributions” are reported and taxed annually and the eventual additional increase in value taxed when sold), or stock holdings (where gains are taxed upon sale).

What does this mean?

I had presented a table of “effective tax rates” in my prior article. Here it is again:

This is a table of the reduction in final account balances, due to taxes, on a hypothetical 401(k) account, by comparing final balances

The point is to make it clear that the tax treatment is not to erase taxation on contributions (the taxes are still eventually paid) but to reduce the “extra” taxes otherwise due.

Still not sure what I mean? Here are two graphs, showing this hypothetical scenario with account balances, after taxes are applied, in the case of a 20% and a 30% tax rate, under the same highly-simplified conditions. Visually, the difference between the account balances with and without the favorable IRA tax treatment is much less than the reduction in account balances due to the taxes nonetheless still applied to IRAs.

Finally, how does this impact the promise of a tax credit instead of the existing tax benefit — which, again, is not a matter of deductibility but of avoiding taxes on investment gain? Because Congress measures costs over 10 year periods, and in the short term, the apparent “cost” of a traditional IRA is the tax deductibility (without considering that taxes are eventually paid), Congress might be tempted to game the calculations to overstate the “cost” in tax revenue foregone, in order to have more money to “spend” on tax credits. But the honest method would be to calculate the cost taking into account workers’ entire working lifetime and retirement years. (You might need an actuary or two.)

I’m not going to venture to attempt that here. But I will provide two very simple numbers:

In other words, there’s not much “free money” to be found here, and Congress would need to add caps or phase-outs if they wanted to make these credits truly appealing to lower earners. To repeat, what precisely the Biden campaign has in mind is unknown, and my intent here is to explain the issues as clearly as possible.

Again, please feel free to send more questions my way in the comments at JaneTheActuary.com (same link as the prior article to continue the discussion alongside what readers have already said).

Robinhood is still on track for a hot IPO despite the GameStop controversy
Nvidia beats earnings expectations, but stock dips as CEO downplays crypto play
Ask Larry: Will My Wife Get 50% Of My FRA Benefit Or 50% Of My Age 70 Rate?
Efficiency Vs. Privacy: The Debate Over Biometric Tax Data
Changes Must Come To Social Security