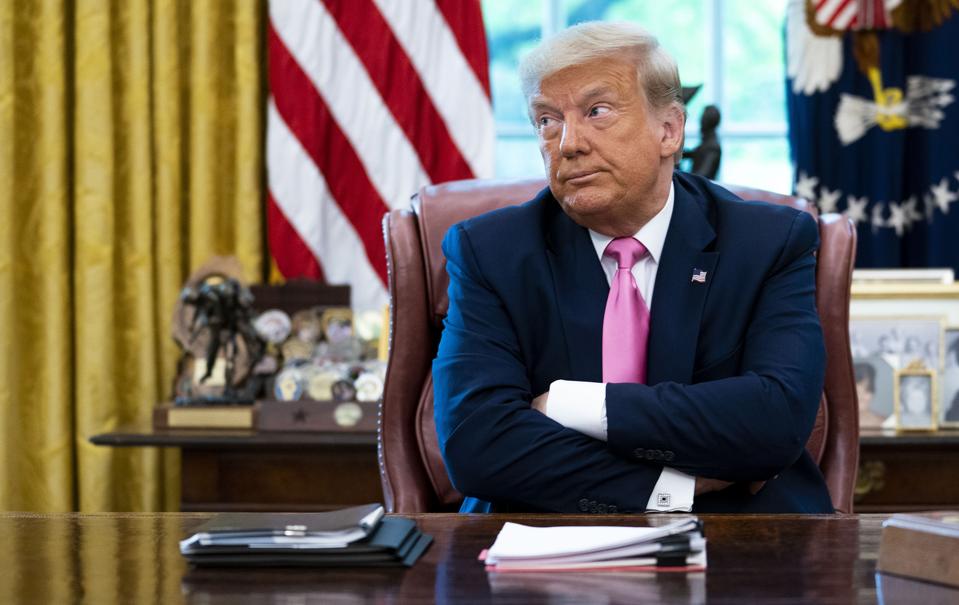 Depending on which reality you live in and want to believe likely determines how you feel about a second round of stimulus. Ideally, Congress wouldn’t simply govern via perception, though, and instead focus on facts. That hasn’t occurred as of yet, as Republicans and Democrats debate a second stimulus package.

This has left the issue of an additional round of stimulus checks, unemployment insurance increases, state and local government aide and other forms of protections to the economy up in the air, as COVID-19 cases continue to remain high and those filing for unemployment grows.

While this should encourage Congress to finally come together for some sort of bipartisan agreement, it, again, will depend on what reality our leaders want to present just months before an election.

This week, little public movement has occurred in the discussions for a second stimulus bill. Democrats have argued that they’ve come down $1.5 trillion from the $3.5 billion HEROES Act, which passed the House of Representatives in May. They claim that Republicans need to move up from their $1 trillion ceiling.

Republicans have shown little willingness to budge from their mark. There are reports of a skinny stimulus bill circulating, which would remove an additional round of stimulus checks and cut the size of the bill even further. It’s a surprising move, since the stimulus checks was the one part of the potential legislation that both sides had shown agreement on. It’s also part of the legislation that President Donald Trump has backed. Democrats aren’t likely to support such a measure.

House Speaker Nancy Pelosi (D-Calif) said that it’s up to the administration to make the next move in the negotiations. But White House chief of staff Mark Meadows said that negotiations on a new stimulus haven’t occurred “in weeks.”

As Congress seems to have made few inroads on a stimulus deal, there’s mounting evidence that some form of a new stimulus package will be needed and needed soon.

At the onset of the virus and corresponding shelter in place orders, airlines saw their business crumble overnight. In response, the government provided the companies with $25 billion in aid, to ensure operations continued, even as travel disappeared.

A caveat of the aid restricted airlines from making major staffing changes through September. That deadline is nearing an end and airlines have begun to warn that major furloughs and layoffs are on the horizon.

On Tuesday, American Airlines announced that it will lay off 19,000 workers, including flight attendants, pilots and technicians, starting October 1. The announcement follows other airlines that have signaled similar moves. United Airlines said it might need to furlough 36,000 employees this fall, while Delta Airlines has said it could furlough nearly 2,000 pilots come October.

Part of these announcements by the airlines are an effort to pressure the government for more aide. But it’s a jarring number of employees that could be collecting unemployment very soon. And with jobless claims rising last week, it’s an indication the COVID job loss hasn’t finished funneling through the economy.

While Trump signed an executive order that provides $300 worth of extra unemployment insurance benefits from the federal government and, potentially, $100 from the state, only half of states have opted into the program due to the complexity of the order and questions of its legality. Only a handful of states have begun cutting the checks.

Threat Of A Double-Dip Recession Is Rising

Nearly two-thirds of economists surveyed by the National Association for Business Economics for its semiannual report on the economy, said that the US hasn’t escaped the recession. Along with those figures, 80% of the responding economists said there’s still a 25% chance that the US sees a double dip towards a second recession, after the economy recovers.

As for the response, 75% of those surveyed gave the Federal Reserve positive reviews for its efforts in boosting the credit markets through its monetary policy. Forty percent said that Congress’s stimulus efforts were insufficient, while 37% said it was sufficient and 11% said it was excessive. The survey was conducted in late July and early August.

Just over half of respondents said the optimal package for the next round of stimulus would come to $1.5 billion.

Meanwhile, the Conference Board, a business think tank, estimates the US economy will recover slightly in the third quarter but then fall again, by 1% to 2% of GDP in the fourth quarter.

One of the best signs to determine how people are feeling about the economy is to look at whether or not they’re confident in spending their cash. Based on this indication, consumers aren’t yet out of the woods.

The consumer confidence index, which is a survey measured by the Conference Board to determine how consumers feel about the economy, found it’s at its lowest level in six years. The August figure marked the second straight month of decline.

This counters consumer spending, which had ticked up in May and June. But that’s likely due to the impact of the stimulus checks and higher unemployment benefits. July numbers could provide the first glimpse at what consumer spending looks like, without more aide.

If they’re weak, who knows, it might convince Congress to make a move. Or they could just further revert into their own reality.