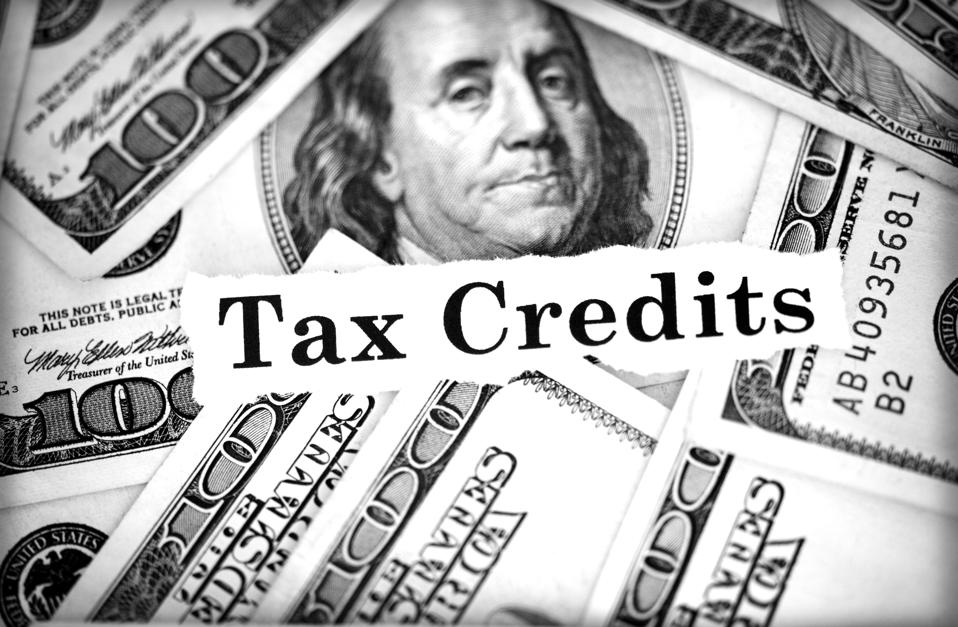 Tax incentives, whether credits, cash grants, or some other form, are ultimately a matter of spending other people’s money — the taxpayers’.

Each dollar a state spends on tax incentives means there is a dollar less in the coffer to provide needed services to residents. The state expects that providing the incentives will result in the accrual of a net benefit by, for example, increasing employment, which would increase consumer spending, which could translate into higher sales, income, and other tax collections.

There are times, however, when a business’s project, for which it has received incentives, does not go as planned. A business locating or relocating into a state may not produce the expected number of jobs for which it received the tax incentive. Projects awarded incentives may not come to fruition.

There are those unscrupulous businesses and their consultants who try to game the system by submitting misleading or false information to the state agency responsible for administering a tax incentive program and, based on that information, are awarded incentives. Why take such a risk?

While there are always a few bad apples in every barrel, people generally do not engage in dishonest or fraudulent behavior unless they believe they have a very good chance of getting away with it. That leads to the question of why they believe they can pull it off. It’s not difficult to figure out.

A bank without an adequate security system in place is much easier to rob than one with a system that has the latest in security technology. Likewise, a state economic development agency with few safeguards in place to deter bad behavior can almost expect an unprincipled business, either on its own or in concert with equally dodgy consultants, to apply for tax incentives for which it does not qualify.

In both instances, the examiners found the agencies’ administration of the programs wanting in several key respects.

Georgia enacted its film tax credit in 2005 and it has undergone several iterations.

The incentive is a transferable income tax credit for film, television, and digital entertainment projects. Production companies that spend at least $500,000 on eligible projects may receive a 20 percent credit for qualified in-state expenditures, and may earn another 10 percent credit for promoting the state in those projects, such as displaying the state’s promotional logo in a finished product, or including a link to the state’s film office on the project’s website.

Alternatively, the project may offer marketing opportunities, such as the distribution of signed memorabilia. Aside from films and television projects shot in Georgia, other eligible projects include animation, music videos, video and virtual reality games, and sound recordings for feature films.

Commercials are eligible for the 20 percent base credit, but not the 10 percent additional credit. Qualified expenditures are those incurred in the preproduction, production, and postproduction stages only.

Examples of qualified expenditures include employee payroll (capped at $500,000 per employee), location scouting, and image and sound editing. Examples of ineligible projects include athletic event and news coverage, corporate or instructional videos, and local interest programming.

Georgia’s film tax credit program does not have a cap, and at present it is the largest program in the country, measured by the amount of credits generated. In 2016 the state provided $667 million in film tax credits. In contrast New York’s program, the second-highest film tax credit generator, was capped at $420 million the same year.

The tax credit program is jointly administered by the Economic Development Department and the DOR. Two divisions within the development department — the film office and the office that handles interactive and digital entertainment — are responsible for determining a project’s eligibility for the 20 percent base credit and the 10 percent additional credit.

A production company may initiate an audit to confirm the accuracy of its tax credit to ensure it can be sold without difficulty.

The state’s auditors found many deficiencies in the administration of the tax credit, and as one would imagine, the report is thorough and detailed. A few of those findings, however, are worth highlighting because they cast a stark light on the ease with which the program can be intentionally or unintentionally undermined.

An example is the statutory exclusion of athletic events from film credit eligibility. Between 2016 and 2018 the auditors identified 29 sports-related projects, including projects characterized by the department as reality television.

The department had also approved credits for coverage of pre-, post-, and half-time shows. The difficulty is that an athletic event is poorly defined in the statute; the department has interpreted the exclusion to apply only to broadcasts of an actual event and is further focused only on local sports teams.

The result is that there have been numerous projects the department deemed eligible for tax credits that the legislature may have intended to be ineligible. The auditor provides many more examples of this.

Another major problem concerns the development department’s process for certifying productions for the credit. Requests for tax credits are initiated by the production company through a written application.

However, because of limited staffing, the auditor found, the department does little or nothing to verify that the claimed production activities occurred. Thus, some companies have received the credit even if the activities did not occur.

The danger here lies in that a large production company derives significant benefit from the credit and may not disclose information that would reduce the award. The auditor identified one instance in which the department relied on the representation of a large production company that it had canceled its project and did not use the credit, yet the department neither verified nor retracted the certification.

It was later discovered through the revenue department’s records that the company did in fact use the credit it received for the project it claimed had been canceled.

Of all the deficiencies the auditor uncovered in administering the credit — of which there were many — perhaps the most alarming was the minimal documentation required by the department of revenue from the production companies to obtain credits, and the dismal number of audits of companies claiming the credits.

Concerning documentation, the statute and accompanying regulations require production companies to submit a prescribed form and supporting documentation, such as an expenditure breakdown and a list of employees whose wages are included in the expenditures. Yet, the revenue department does not enforce the documentation requirement, and even if a company does submit a breakdown, the department does not review it for ineligible expenditures, especially because these breakdowns are often not detailed enough to provide useful information.

When these percentages are applied to all the projects approved for credits in 2016, the auditor reported, of the 450 projects approved, 359 were missing one or more pieces of documentation, representing $523 million of the $667 million credits issued by the revenue department.

As for audits, the auditor pointed out that of all states that issue credits, Georgia is only one of two that does not require a production company to be audited to receive credits. Of the voluntary audits the auditor reviewed, all had been requested by large production companies, which could afford the fee charged by the revenue department.

It is the smaller companies, the auditor pointed out, that have a higher risk of noncompliance, and these companies do not request voluntary audits because of the cost.

The solutions to these deficiencies are obvious. It is incumbent on the legislature to step in and provide clarification and guidance to the development department for vague terms, such as “athletic event.” The department may have promulgated its regulations under statutory procedure, but that does not mean the regulations reflect the legislative intent.

The department also must find a way to strengthen its verification of production company claims of what it would do to qualify for the credit. As it stands, it appears the department simply takes the company’s word.

As for the revenue department, there is no question about an immediate need to enforce the documentation requirements mandated by the statute.

Also, the statute should require an audit of each project submitted, and appropriate sufficient funds to hire more state auditors, or at least allow an independent audit firm to conduct audits on its behalf, under the department’s supervision.

New Jersey: A Good Idea at the Time

The task force created by Murphy was in response to a tax incentive audit on the EDA performed by the comptroller’s office, also at the governor’s direction, to assist legislators in deliberations on whether to reauthorize EDA-administered incentive programs.

During its audit, the comptroller found numerous irregularities, namely, that the EDA had not complied with applicable statutes and regulations and did not implement critical internal controls to monitor the performance of those businesses that were awarded incentives. Specifically, the task force was charged with conducting an “in-depth examination in the design, implementation, and oversight” of two tax incentive programs, Grow NJ and Economic Redevelopment and Growth, to include an examination of the irregularities found by the comptroller’s audit.

The reports make for an absorbing read, full of intrigue on the part of businesses seeking incentives and the consultants who assisted them. The reports are written carefully so as not to make any conclusions concerning the legality of the actions taken by the businesses, the consultants, and agency employees, but the task force stated that it referred at least three of the cases to law enforcement.

In the course of its examination, the task force reviewed thousands of documents, including emails between businesses, consultants, and EDA employees, and interviewed current and former EDA employees, other government personnel, and other persons with knowledge of the design and administration of the incentive programs.

At the outset, the task force found that the statutes implementing the programs were unduly influenced by special interests, and structured to favor some businesses over others. For example, the task force highlighted that a provision in the law implementing Grow NJ, pertaining to the location of a grocery store in Camden, a distressed city, was structured so that a particular grocery store could obtain tax incentives while its competitor could not.

From that flawed beginning, other irregularities flowed, such as the EDA’s culture of “getting to yes,” meaning that employees worked closely — perhaps a little too closely — with businesses to successfully obtain awards.

The EDA had only a few written policies and procedures to guide employees in reviewing tax credit applications. There was no formal training for employees to gain a common understanding of program requirements, or rules for performing due diligence on applications, many of which involved substantial sums.

This lack of internal controls led to confusion, misunderstandings, and inconsistencies in applying even a basic level of scrutiny to incentive applications, with “some employees viewing the vetting process as ‘a box-checking exercise,’ during which a company’s factual assertions deserved deference, and other employees applying meaningful scrutiny.”

The EDA had no written standards for conducting research on incentive applicants; some employees conducted independent research and others did not. In this respect, the task force reported that there was no evidence that the EDA willfully ignored readily available information, but that the lack of guidelines allowed these failures to happen.

Absent strict controls, tax incentives of any type are ripe for abuse by those seeking to obtain them. The two states profiled in this article are prime examples of what can happen when the agencies charged with managing incentive programs do not implement guidelines, rules, and protocols to prevent abuse.

In neither case were the agencies responsible for overseeing the programs, intentionally or not, acting in the best interests of the state and its taxpayers.

We hope that in the future, the results of these investigations will prompt lawmakers who design the programs and government employees who administer them to keep in mind that they are responsible for making sure the taxpayers’ money is put to good use.