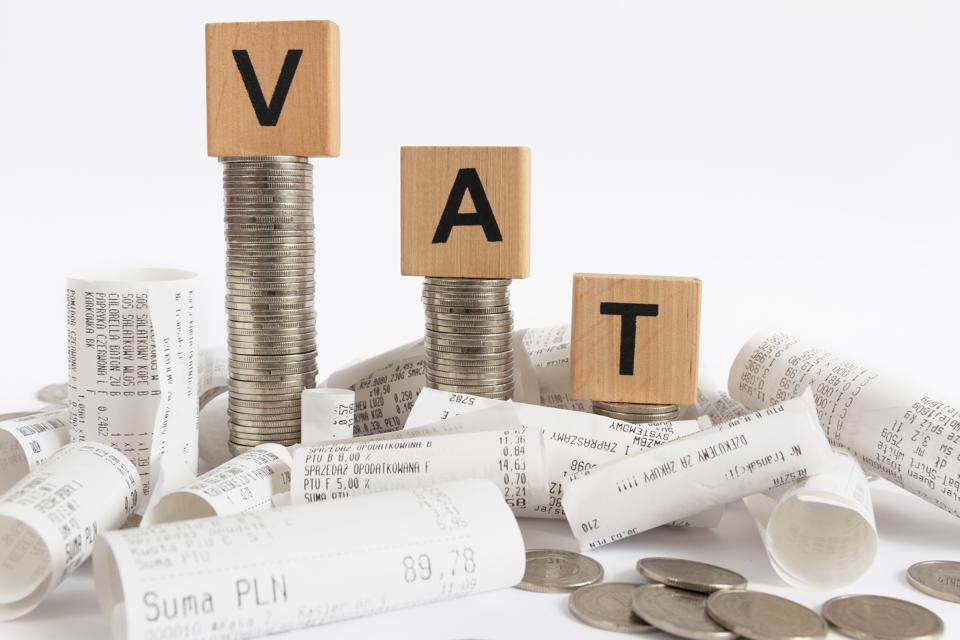 This article is based on a reader’s suggestion: Design a VAT regime to help the U.S. fisc recover from the COVID-19 pandemic. Challenge accepted.

The concept isn’t as outlandish as it first sounds. A review of U.S. history shows that radical tax reform often follows economic catastrophe. Viewed through the lens of our fiscal past, it would not be outside the norm for Congress to attempt a major tinkering with the tax code after the pandemic.

The impulse to do so will be tempered by the fact that we recently endured a similar exercise, resulting in the 2017 Tax Cuts and Jobs Act. Considering that businesses and tax practitioners are still coming to grips with the TCJA, another swipe at fundamental tax reform may seem premature. There’s also the possibility that any momentum for further reform would be absorbed into the OECD inclusive framework. Opinions differ on how the group’s work program will unfold, but we can be confident the proposed solutions will not focus on VAT.

Still, there’s the matter of those unpaid bills. A few months ago, the Congressional Budget Office estimated the federal budget deficit at $1 trillion, and that was before the pandemic hit. In case you haven’t noticed, Congress has been spending some serious coin lately, none of which has been paid for. That’s fine for now, but will the fiscal complacency last once the nation moves beyond crisis mode?

The best scenario for a U.S. VAT is that fiscal pressures mount to the point that the government becomes desperate for a solution and finds it politically unfeasible to significantly cut spending. There are cost-cutting measures one can pursue in discretionary spending, but that won’t make a dent in the deficit. As a practical matter, you’d need to slash federal spending on Social Security, Medicare, and national defense to achieve a meaningful impact. I don’t see that happening.

That leaves policymakers with three options, none of which are ideal: increase existing taxes, find a new revenue source, or continue to ignore the problem and hope that inflation remains in perpetual hibernation. The last of these options is the path of least resistance and will surely be favored for as long as possible.

Fair enough. If we can safely assume away inflation, then Treasury should print more money and we can all relax. Other commentators have argued that it’s impossible for a nation to go broke in its own currency. I fear we’ve reached the point at which we’re putting that theory to the test. Of course, it helps that the U.S. dollar functions as the global reserve currency. Other nations aren’t so lucky. Neither are the U.S. states, which don’t have monetary policy to exercise.

Our VAT challenge presumes that Congress’s ability to indulge in deficit spending is not infinite.

Why the fondness for broad-based consumption taxes? It stems from an awareness that the in rem nature of these taxes has advantages over in personam taxes. Taxing the occurrence of a commercial transaction can be far more straightforward than taxing an entity. Consumption taxes are blissfully blind to the identity of market participants. Determining the correct amount of tax due on the purchase of an item does not require information about the purchaser, filing status, number of dependents, or other details.

Additionally, the chores of collection and remittance are pushed to sellers, a great convenience for the government. Merchants across the nation are effectively deputized as part-time revenue agents. This is a fair arrangement given that the burden of consumption taxes in theory doesn’t fall on business. VAT is superior to the retail sales tax (RST) in that regard. A major shortcoming of RSTs is the lack of structural relief for business inputs. VAT has no such problem.

About 170 countries already have a VAT in place. It stands ready and waiting to be deployed; no field testing required. Unlike the carbon tax, VAT is not an experimental concoction. It’s a proven revenue raiser with 50 years of acquired experience and academic research supporting it. Identifying best practices shouldn’t be difficult. If structured as a destination-based charge (which it should be) VAT includes border adjustments. Unlike tariffs, these are neutral in relation to cross-border trade and investment. Also, VAT is pro-growth relative to income taxation because it exempts personal savings and promotes capital formation.

Among OECD member states, VAT raises 20.2 percent of all federal tax revenues, according to OECD revenue statistics. By contrast, the corporate income tax raises only 9.3 percent of total revenues, less than half as much.

It’s difficult to imagine another revenue source that is so obviously available. The average OECD country raises about 10.5 percent of GDP each year through VAT. The United States collects only 3.7 percent of GDP from our state-level RSTs. The difference is there for the taking.

What kind of VAT regime would I recommend? The initial temptation is to start with the Graetz plan. Popular interest in VAT received a boost a decade ago thanks to the publication of the book 100 Million Unnecessary Returns: A Simple, Fair, and Competitive Tax Plan for the United States, by Michael J. Graetz, the Wilbur H. Friedman Professor of Tax Law, Columbia Alumni Professor at Columbia Law School, and Justus H. Hotchkiss Professor of Law Emeritus and professional lecturer at Yale Law School. The text influenced a generation of tax professionals on the merits of combining VAT with corporate rate cuts and a progressive income tax.

The Graetz plan was a VAT proposal that tax simplification advocates could rally behind. It checked all the boxes that were relevant to the era in which the book was published. The plan was pro-growth, revenue neutral, and distributionally neutral. It adhered to observable trends in international competitiveness.

For younger readers who don’t remember that far back, it’s possible to reduce the Graetz plan to a few basic elements.

The first step is to adopt a credit-invoice, destination-based VAT like almost every other developed nation. Graetz models it on the regimes in New Zealand and Australia, which differ from traditional European VAT. Graetz insists on a single-rate VAT, which is necessary to avoid confusion (and endless litigation) as to which rate applies to a given transaction. Graetz recommends a single rate of 12.9 percent. State governments would be provided with significant incentives to jettison their RSTs and piggyback on the federal VAT. It would be messy to have a federal VAT operating concurrently with state-level RSTs, but Washington should not force the states’ hand regarding convergence; better to guide them in the correct direction. Each state would remain free to select the rate of their add-on VAT, but they could not deviate from the federal base.

The second element addresses corporate taxation. Graetz reduces the corporate statutory rate to 15 percent. Today that doesn’t seem like much of a rate reduction. Bear in mind that the corporate rate was 35 percent when he made these recommendations, and the OECD average was in the vicinity of 25 percent. The plan also repeals the corporate alternative minimum tax and relies on a participation exemption to achieve territoriality. Common sense base protections would be required to ensure the territorial provisions are not inappropriately manipulated. These were once bold ideas. We now take them for granted as a result of the TCJA — although the scope of our participation exemption is more limited than many expected.

The final element concerns individual income taxes. The plan exempts the first $100,000 of taxable income for married couples ($50,000 for individuals), such that people under the threshold — roughly four-fifths of the population — would no longer be required to file a federal tax return. That leaves the IRS with approximately 100 million fewer tax returns to process each filing season, hence the title of the book. Above the filing threshold, taxpayers would be subject to a progressive rate structure. Graetz proposed three income brackets with corresponding rates of 14 percent, 27 percent, and 31 percent.

On restating these details, I’m struck by how different the Graetz plan seems in the aftermath of the TCJA. TCJA has eclipsed the plan’s logic by cherry-picking the sweeteners of tax reform without the accompanying sacrifice. The Graetz plan will always remain a sentimental favorite, but it won’t do for purposes of our challenge. The point here is to raise revenue. There’s a ready-made plan for that.

We may soon learn that virus economics differs from ordinary economics. With so many individuals losing their jobs (and their healthcare) over such a short period of time, any tax that isn’t predicated on ability to pay looks out of place. One can’t help but wonder if that orientation will stick around once the public health crisis subsides. That spells trouble for advocates of VAT, which is strongly regressive.

With that in mind, our attention turns to a recent proposal by William Gale of the Brookings Institution and the Urban-Brookings Tax Policy Center. The main point of differentiation between it and the Graetz plan is that Gale accepts the need for dramatically increased revenue. His plan is preoccupied with making the VAT progressive through a variety of accommodations to low-income households. The Gale plan follows the TCJA by a few years but precedes the COVID-19 pandemic and the related spending spree. It can be summarized in six bullet points, as follows:

French economist Gabriel Zucman recently said that income inequality was destined to become the defining economic issue of our century, and the merit of any tax must be judged by whether it complies with the taxpayer’s ability to pay. Despite being French, that positioned him squarely in the VAT-haters club.

I dare say he is correct regarding ability to pay. A regressive VAT simply won’t do anymore. The COVID-19 pandemic underscores the need for any new tax measures to balance distributional concerns with growth attributes. A progressive VAT can strike that balance as well as anything else I can think of.

Many obstacles stand in the way of the Gale plan. These include the partisan political divide in Washington and U.S. cultural resistance to what feels like a foreign concept. If you don’t believe me, just try explaining a VAT to your non-tax friends during your next virtual happy hour. It’s noteworthy, however, that a variety of lawmakers have endorsed consumption tax concepts over the years, including some Republicans. The most recent example was the 2016 House GOP “blueprint” for fundamental tax reform, endorsed by then-Speaker of the House Paul Ryan. You may remember the destination-based cash flow tax proposal, which was an effort to mimic VAT outcomes within the context of a net income tax while outwardly professing an aversion to VAT regimes themselves.

The destination-based cash flow tax was never about raising revenue. The same can be said of earlier proposals for a consumed-income tax. A few of those plans make distributional fairness a priority, including the “revisited” X tax described by Robert Carroll and Alan D. Viard in 2012. If you look hard enough, you can see influencers on both sides of the political spectrum agreeing on a consumption base and progressivity.

The last hurdle for VAT will be the toughest — the need for more revenue. I can’t see Congress agreeing on that without a different type of crisis. Ultimately, the viability of U.S. VAT will require the return to prominence of deficit hawks. There aren’t many left in Washington, but at least they have a roadmap for how the tax should be structured.

How to cut costs at the pump as gas prices keep rising
A guide on how not to embarrass yourself while traveling in Japan
Delinquent Student And Non Fraud Past Felons Can Now Receive PPP Loans
China’s aging population is a bigger challenge than its ‘one-child’ policy, economists say
Covid relief bill may trigger $36 billion cut to Medicare, higher student loan fees