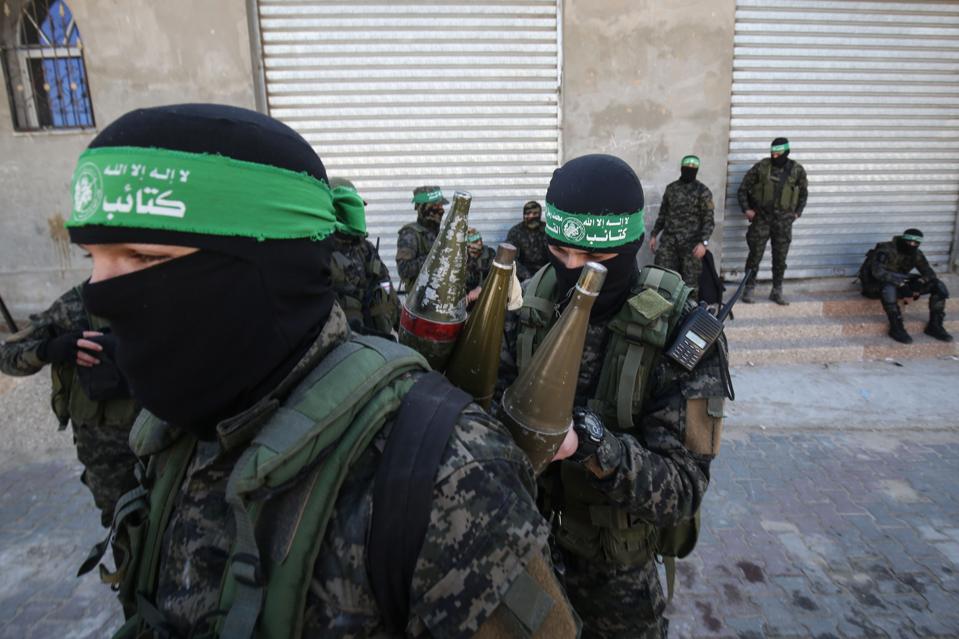 The Justice Department has announced the dismantling of three terrorist financing cyber-enabled campaigns. These actions represent the government’s largest-ever seizure of cryptocurrency relating to terrorism.

These three terror finance campaigns – involving the al-Qassam Brigades, Hamas’s military wing, al-Qaeda, and the Islamic State of Iraq and the Levant (ISIS) – all relied on sophisticated cyber-tools, including the solicitation of cryptocurrency donations from around the world. Each group used cryptocurrency and social media to garner attention and raise funds for their terror campaigns. Using warrants, federal authorities seized millions of dollars, over 300 cryptocurrency accounts, four websites, and four Facebook pages related to the criminal enterprise.

“These important cases reflect the resolve of the DC. United States Attorney’s Office to target and dismantle these sophisticated cyber-terrorism and money laundering actors across the globe,” stated Acting United States Attorney Michael R. Sherwin. “While these individuals believe they operate anonymously in the digital space, we have the skill and resolve to find, fix and prosecute these actors under the full extent of the law.”

When an undercover agent reached out to al-Qassam Brigades, an email assured the agent that “your donation will make difference as no jihad will be committed without money for buying weapons and training mujahideen. Moreover, the doors of jihad are many: by word, by money, by fighting, etc.”

As we know from earlier cases, bitcoin transactions are not completely anonymous. It is possible to determine the identity of an individual involved in a bitcoin transaction through several different tools that are available to law enforcement. Agents from the Internal Revenue Service (IRS), Homeland Security Investigations (HSI), and Federal Bureau of Investigations (FBI) tracked and seized 150 cryptocurrency accounts that laundered funds to and from the al-Qassam Brigades’ accounts. Simultaneously, law enforcement executed criminal search warrants relating to United States-based subjects who donated to the terrorist campaign.

The second of the three campaigns involves a scheme by al-Qaeda and affiliated terrorist groups, primarily based out of Syria. al-Qaeda is a militant group found in 1988 by Osama bin Laden and others during the Soviet-Afghan war. Bin Laden, considered the mastermind behind the 9/11 attacks in the US, led the group until his death at the hands of US Navy SEALS in 2011. Like the al-Qassam Brigades, al-Qaeda is considered a terrorist organization by, among others, the EU and the US.

According to the complaint, al-Qaeda and its affiliated terrorist groups operated a bitcoin money-laundering network using Telegram channels and other social media platforms to solicit cryptocurrency donations. In some instances, they purported to act as charities when, in fact, they were openly and explicitly soliciting funds for violent terrorist attacks.

Undercover HSI agents communicated with the administrator of Reminder for Syria, a related charity seeking to finance terrorism with bitcoin donations. The administrator stated that he hoped to destroy the United States, discussed the price for funding surface-to-air missiles, and warned about possible criminal consequences from carrying out jihad in the United States. The complaint seeks forfeiture of the 155 virtual currency assets tied to this terrorist campaign.

The third and final campaign involves a scheme by Murat Cakar, an ISIS facilitator responsible for managing select ISIS hacking operations, and selling fake personal protective equipment (PPE) during the COVID-19 pandemic through a website called FaceMaskCenter.com. The site claimed to sell FDA approved N95 respirator masks. The items, which were targeted to hospitals, nursing homes, and fire departments, were not FDA approved.

The website purported to be “the original online personal protective equipment supplier and was the first of its kind.” It also claimed that “[w]e have come a long way since launching our website in 1996.” According to the complaint, the website was created from an IP address in Turkey on February 26, 2020.

To date, these are just charges. Charges in a criminal complaint are merely allegations, and the defendants are presumed innocent unless proven guilty beyond a reasonable doubt in a court of law.

The IRS-CI considers the seizures a victory. “IRS-CI’s ability to trace funds used by terrorist groups to their source and dismantle these radical group’s communication and financial networks directly prevents them from wreaking havoc throughout the world,” said Don Fort, Chief, IRS Criminal Investigation.

(For more on Chief Fort, click here. You can hear him talk more about IRS-CI and his role here.)

He added, “Today the world is a safer place.”