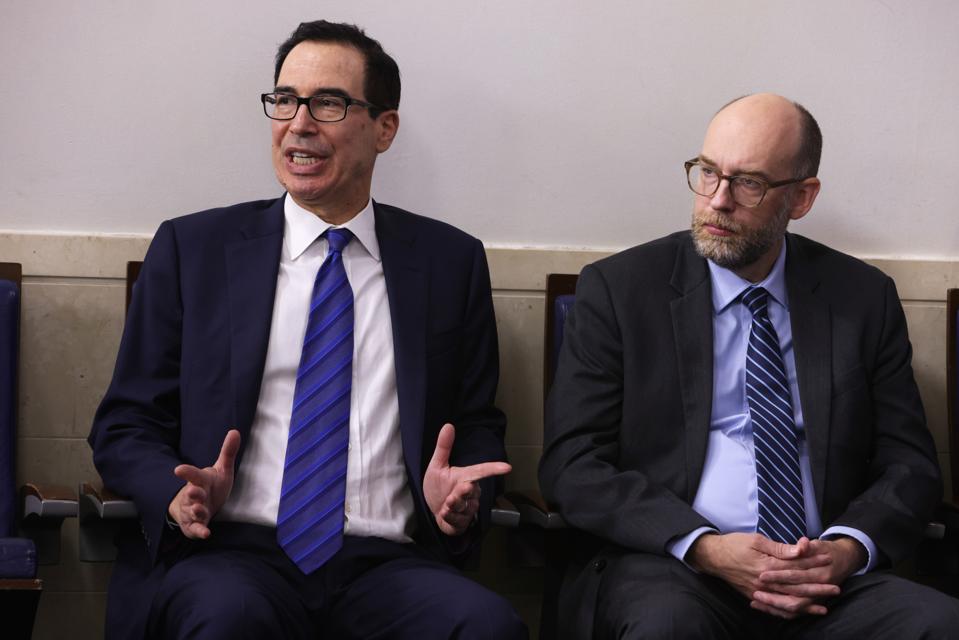 Last week, President Trump took Presidential action to act on payroll tax collections. Specifically, he ordered that the employee’s share of Social Security taxes be deferred beginning September 1, 2020, through December 31, 2020, for workers earning up to $104,000 per year.

While it has been touted as a cut, the Executive Order only allows for deferral. That means – without further action – that the taxes have to be paid. The deferral is effective for the period of September 1, 2020, through December 31, 2020. You can find out more about the order here.

Following the signing of the directive, tax professionals and taxpayers had questions about how the deferral might work. Today, Treasury Secretary Steven Mnuchin gave FOX Business’ Maria Bartiromo a first look into how that might work, and it appears that the deferral will be voluntary.

Specifically, Bartiromo addressed the cuts, saying, “But there is some worry about the cost of this. Employers are talking about facing a series of costs, uncertainties, and headaches.”

She went on to ask, “How does that money get generated if not through this tax cut? Where does the money come from to replace it?”

Mnuchin responded, “Well, we’re going to create a level of certainty for employers that want to participate. We can’t force people to participate. But I think many small businesses will do this and pass on the benefits. But I think the President would like to do a payroll tax cut so he’ll go back to Congress when he wins the election and ask Congress to have this money forgiven and have the Social Security trust fund fully topped up so that in no way does this impact Social Security.”

You can watch the whole exchange here. (The payroll tax bit is around the sixth minute.)

To clarify, these were comments made on television. There has been no official guidance as yet. But Mnuchin’s comments, echoed by FOX in the article, that “[w] e’re going to create a level of certainty for employers that want to participate” clearly sounds as though the deferrals will be voluntary – and that the decision to withhold for employees will rest with the employer.

Under the CARES Act, employers can already elect to defer the deposit and payment of the employer’s portion of Social Security taxes. The deferral applies to deposits and payments of the employer’s share of Social Security tax that would otherwise be required to be made during the period beginning on March 27, 2020, and ending December 31, 2020, with half being due on December 31, 2021, and the remainder due on December 31, 2022. The CARES Act-related relief also applies to self-employed persons.

The confusion over solvency bubbled up when the President said, on August 8, 2020, “If I’m victorious on November 3rd, I plan to forgive these taxes and make permanent cuts to the payroll tax. So I’m going to make them all permanent.”

A few minutes later, he appeared to backtrack, saying, “But if I win, I may extend and terminate. In other words, I’ll extend it beyond the end of the year and terminate the tax. And so, we’ll see what happens.”

On August 10, the President was asked to clarify whether he wanted to permanently cut the payroll tax. He said, “It may be permanent. We’re looking into it. Right now, we have it cut. It’s going to a certain time, as you know. And we’ll take it out until the end of the year, and then I’m going to make a decision as to, number one, an extension; and, number two, making it permanent and no reimbursement.”

What Taxpayers Need To Know About The Unintended Consequences Of Unemployment Income
Trading tax hike won’t harm competitiveness of Hong Kong’s stock market, says financial secretary
Failure to report cryptocurrency on your tax return can lead to trouble with the IRS
As some colleges struggle, there may be an opportunity for more aid. Here’s how to negotiate
What If A Property Under Contract Burns Down?