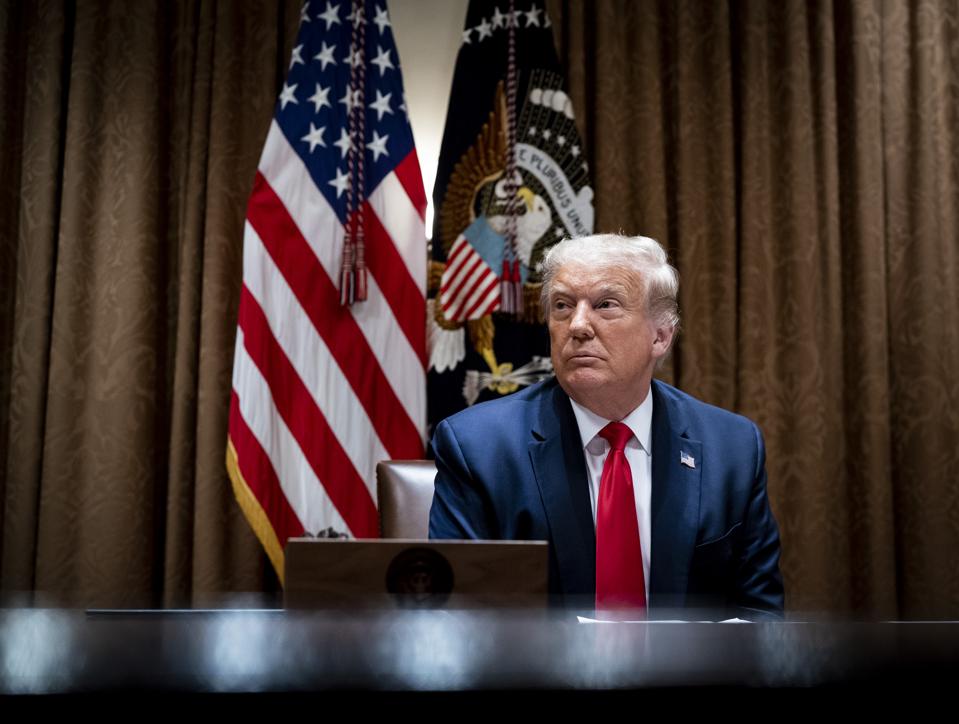 Among them? A payroll tax deferral. Specifically, the Order says:

To that end, today I am directing the Secretary of the Treasury to use his authority to defer certain payroll tax obligations with respect to the American workers most in need. This modest, targeted action will put money directly in the pockets of American workers and generate additional incentives for work and employment, right when the money is needed most.

You can read the entire Order here.

Previously, tax policy gurus – from the right and the left – had weighed in, with many doubting whether President Trump had the authority to act on payroll tax collections. Most tax experts believe that only Congress has the power to stop the collection of taxes.

The authority for taking action may be found in the Tax Code, specifically at section 7508A which begins: In the case of a taxpayer determined by the Secretary to be affected by a federally declared disaster (as defined by section 165(i)(5)(A)) or a terroristic or military action (as defined in section 692(c)(2)), the Secretary may specify a period of up to 1 year that may be disregarded in determining, under the internal revenue laws, in respect of any tax liability of such taxpayer—

That typically limits relief to specific geographic areas. However, on March 13, 2020, the President of the United States issued an emergency declaration under the Robert T. Stafford Disaster Relief and Emergency Assistance Act in response to the ongoing Coronavirus Disease 2019 (COVID-19) pandemic (Emergency Declaration). In other words, everywhere in the United States currently qualifies as a disaster.

The same Tax Code section was cited when the tax season filing deadline was postponed from April 15 to July 15.

But here’s what worries some tax policy experts: the President may have the authority to postpone the collection of the payroll tax under the Internal Revenue Code, but not the power to forgive those taxes. That authority has been given only to Congress. The Executive Order acknowledges as much, stating: The Secretary of the Treasury shall explore avenues, including legislation, to eliminate the obligation to pay the taxes deferred pursuant to the implementation of this memorandum.

To be clear, the President is asking Treasury to look into whether those payroll taxes can be forgiven. For now, however, the Executive Order only allows for deferral. That means – without further action – that the taxes have to be paid. The deferral is effective for the period of September 1, 2020, through December 31, 2020.

Some tax experts also questioned earlier this week whether the President had the authority to put caps or limits on the deferral. But that’s precisely what happened here. The Executive Order says the relief is restricted to “any employee the amount of whose wages or compensation, as applicable, payable during any bi-weekly pay period generally is less than $4,000, calculated on a pre-tax basis, or the equivalent amount concerning other pay periods.” That generally works out to a restriction on those making more than $100,000 annually. Assuming a complete deferral, that means that the average worker will be able to put off paying just under $1,000 for the term of the deferral, or about $80/week.

Everyone else is still responsible for collecting, withholding, and remitting tax. How that will apply to workers with more than one job (or with side gigs) isn’t yet clear. The executive order has directed Treasury to issue guidance on the matter.

Another potential problem? Those payroll tax funds are generally paid into the Social Security and Medicare trust funds (that’s why we call them “trust fund taxes“). Historically, Congress has appropriated general fund revenue when making payroll tax cuts to not disrupt Social Security and Medicare trust funds. That’s not what’s happening here, though remember that for now, this is just a deferral. Normally, a deferral just kicks the can down the road. But President Trump signaled this might be more than a deferral earlier today, stating, “If I am victorious on November 3rd, I plan to forgive these taxes and make permanent cuts to the payroll tax… I’m going to make them all permanent.”

What that means for Social Security and Medicare in the future is not clear, and appears to be at odds with President Trump’s assurance in 2015 that “I’m not a cutter. I’ll probably be the only Republican that doesn’t want to cut Social Security.”

He followed up in 2015 by tweeting: I was the first & only potential GOP candidate to state there will be no cuts to Social Security, Medicare & Medicaid. Huckabee copied me.

In 2017, Reince Priebus, stated clearly on CBS
’ Face the Nation: “I don’t think President-elect Trump wants to meddle with Medicare or Social Security. He made a promise during the campaign that that was something he didn’t want to do.”

However, payroll taxes fund Social Security and Medicare programs. It’s not clear where the money would come from if payroll tax deferrals were made into permanent cuts. You can read more about payroll tax cuts here.

I know… I know… My tax colleagues are already groaning at what those payroll tax forms might look like.

There’s a lot to unpack here, so stay tuned: more is sure to come.

The last payroll tax cut for American workers was pushed through by the Obama administration in 2011, despite concerns that the cut would increase the federal deficit. The theory was then – as now – that the benefit would offset any costs. After the first round, Congress renewed the temporary payroll tax cuts in 2012.

In response to the Executive Order, Sen. Ron Wyden (D-OR) tweeted: This scheme is a classic Trump con: play-acting at leadership while robbing families of the support they need. This “plan” fails to reinstate supercharged unemployment, and would throw already overburdened state programs into chaos, making it harder to get benefits out the door.

For more on payroll taxes – and what payroll tax cuts have traditionally looked like – check out this previous article. I’ll continue to update you as more information becomes available.