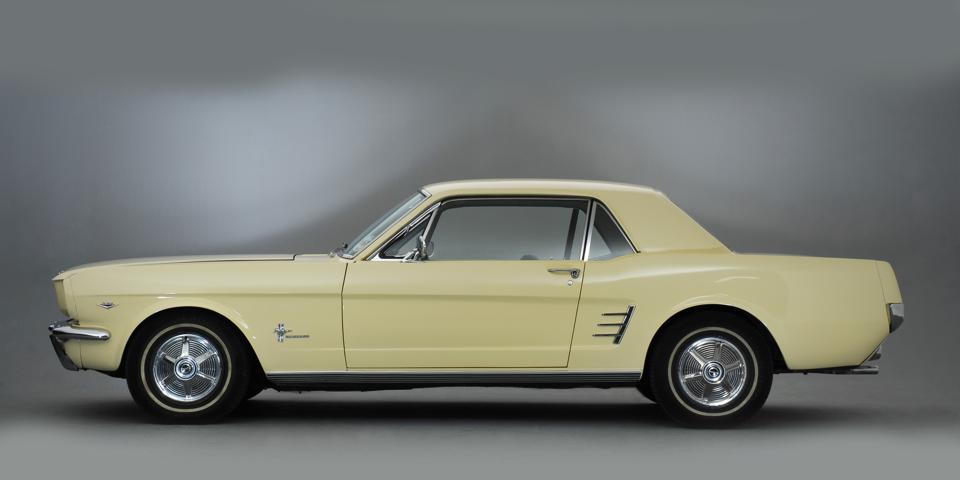 The year 1966 was the Bill Buckner of retirement.

It was the Edsel, the New Coke, and the Agony of Defeat all rolled into one. Or in the words of John McClane, “Just a fly in the ointment, Hans. The monkey in the wrench. The pain in the ass[ets].”

In short, 1966 was the worst year to retire in over a century. Understanding why the year Star Trek debuted was so awful for retirees can teach us a lot about retirement today.

Imagine evaluating every year from 1926 through 1976 to find the worst year to retire. For each year you’d evaluate how long a retiree’s portfolio would survive using actual stock and bond market returns and actual inflation. You’d assume a retiree withdrew a certain percentage of his or her portfolio in year one, and then adjusted that amount each year by the rate of inflation. Your goal was to find the highest initial withdraw rate (IWR)
a retiree could take at the start of retirement without running out of money for at least 30 years.

An advisor named William Bengen did this and published the results in an article in 1994. The year 1966 was the “winner.” Of the 51 years he evaluated, 1966 offered the lowest IWR of about 4%. For those starting retirement in 1966, taking out more than 4% would have caused them to deplete their retirement savings in less than 30 years. Of course, this didn’t result in the “1966 Rule.” It became known as the 4% Rule.

Michael Kitces extended Bengen’s analysis all the way back to 1871 (these guys must have a lot of time on their hands). The results didn’t change. The year 1966 is still the biggest loser, although 1907, 1929 and 1937 deserve honorable mention, as we’ll see in a moment.

The key for our purposes is that the 4% Rule isn’t derived from an average. It comes from taking the worst case scenario we’ve experienced in modern times. That doesn’t mean that some year in the future won’t overtake 1966 as the worst year to retire. But it does mean that following the 4% Rule today is a reasonably safe approach to retirement planning. And that’s true, as we’ll see, even given historically low interest rates and a potentially overvalued stock market.

Now let’s turn to the best year to retire—1877. In addition to being the year of the first Wimbledon tennis tournament, retirees could have withdrawn nearly 10% in the first year of retirement and their money would have lasted at least 30 years. The early part of the 1920’s saw similar IWRs, as did the 1950s and early 1980s. In fact, the average IWR in this analysis is about 6.5%, well above the 4% Rule.

What this means is that unless you retire in a year similar to 1966, following the 4% Rule will leave a lot of money on the table when you die. In some cases, after 30 years retirees will have five times as much as they had when they started retirement.

And that raises a big question. Is 2020, or whatever year you will or did retire, a 1966 or an 1877? Of course, we can’t know this when knowing it would be useful. But there are ways to hedge are bets. First, however, let’s look at why 1966 was such a retirement stinker.

Related: 5 “Safe” Ways To Boost The 4% Rule Of Retirement Spending

Both the stock and bond returns were above long-term averages. The inflation rate was high, particularly by today’s standards, but below the average bond returns. So why did 1966 turn out so poorly for retirees?

This question gets at the heart of Bengen’s 1994 paper. The insight that he made was not the 4% Rule. It was that you cannot rely on averages when evaluating the success of a retirement portfolio. Instead, you must use actual market data. Why? Because the sequence of returns and inflation rates determine success or failure. The 30-year average may be rosy, but what good does that do a retiree who runs out of money in 15 years because the first half of that 30-year average was disastrous.

In fact, Kitces has found virtually no correlation between 30-year averages and a retirement portfolio’s 30-year success rate.

Related: How the Bucket Strategy and 4% Rule Work Together

The years 1907, 1929 and 1937 had similar results. The one thing that sets 1966 apart from the rest is inflation. Retirees were increasing their annual spending at a rate of 5.38% while their portfolio’s were taking a beating.

Today’s markets could easily produce similar results. Bond yields are already near zero. And with the Schiller PE at 31, the next ten to 15 years could be rough for the market. The one saving grace is nonexistent inflation. But given our current debt levels, Fed policy, and Congress arguing over how many trillions to spend on Covid-19 relief, higher inflation is matter of when, not if.

At yet, 1966 still enabled retirees to withdraw 4% in the first year of retirement.

Here’s the $64,000 question. How do we get as much out of our portfolio as possible, while still protecting ourselves in the event we retire at a bad time? We use a flexible spending policy and guardrails.

The 4% Rule is an excellent planning tool. But it’s not designed to be followed religiously during retirement. For starters, retirees don’t spend the exact same amount of money, adjusted for inflation, each and every year of retirement. It’s also natural to curtail spending when markets are down.

There are any number of spending rules to consider. Some are immensely complicated, while others are easy to implement. Kitces suggests one approach that’s easy to follow:

The last two items are the guardrails. They keep your portfolio from careening off the retirement path by either spending to little or too much.

Other suggestions would be to skip the inflation adjustment when your portfolio is down or capping it at no more than 6%. It’s hard to imagine inflation above 6% (although I remember earning 16% on a 6-month CD). Still, we don’t know what the future holds.

“I shall be telling this with a sigh

Two roads diverged in a wood, and I—

I took the one less traveled by,

And that has made all the difference.”

California Has A Master Plan For Aging. Now What?
Stocks making the biggest moves in the premarket: Deere, Dropbox, Novavax & more
How Biden’s PPP loan program changes can help Latino small business recovery
Failure to report cryptocurrency on your tax return can lead to trouble with the IRS
Stock futures are flat after S&P 500 snaps a 2-week winning streak