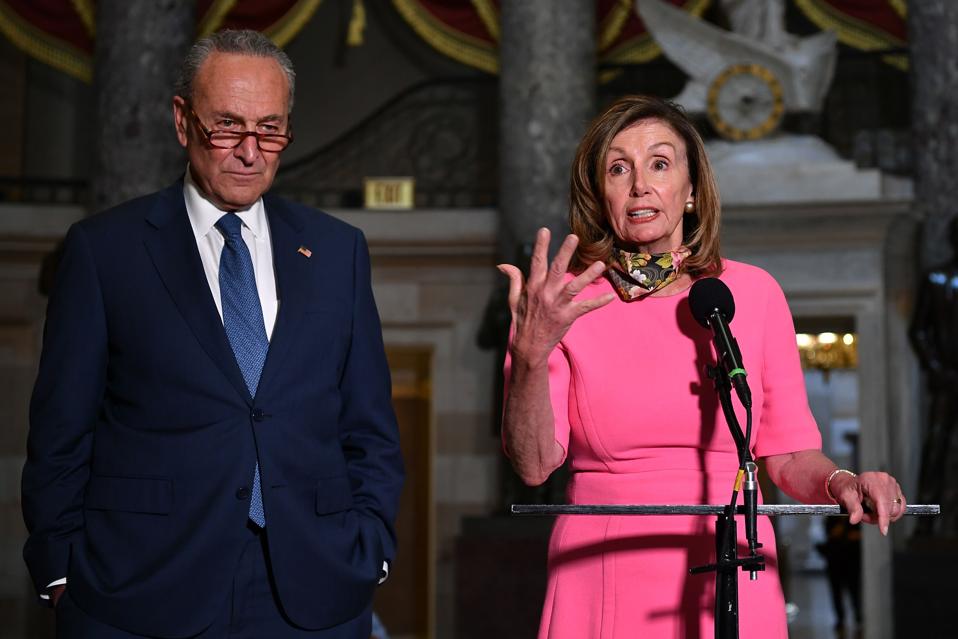 Congress is in a stalemate over the next round of Coronavirus relief and some state and local governments are considering borrowing money to get through the year.

Cities, counties and states are grappling with unprecedented budget gaps driven by a sharp drop in revenues with many businesses closed and tens of millions of people unemployed. Some states are projecting a nearly 20% shortfall over 2020 and 2021.

A few governments plan to resort to borrowing money for operating costs unless Congress steps in with more financial aid. There’s lots of different kinds of borrowing but the kind that tends to raise red flags the fastest deficit financing. That is, borrowing from the bond market or another outside source to pay for ongoing operations.

No place has done it yet, but Hawaii, Illinois, New Jersey and New York City are the largest governments teetering toward borrowing to balance their budgets unless the federal government steps in with more financial support.

Illinois in May helped close its 2020 budget gap by selling $1.2 billion of one-year general obligation certificates via a new Federal Reserve borrowing program created for the current crisis. It’s current, $42.9 billion general fund budget holds spending in most key areas flat and allows for another $5 billion in deficit financing through the Fed’s Municipal Liquidity Facility (MLF).

New Jersey’s combined budget shortfall for 2020-21 is nearly $10 billion and legislation passed in mid-July authorizes borrowing to cover that shortfall either through the municipal market or the MLF program. The state has not yet announced any borrowing action, but it’s ready to move if it can’t get other help from Congress.

In approving the emergency action, state lawmakers acknowledged that borrowing money could make balancing the state’s budget more difficult down the road.

“We want to be responsive to financial needs, but we also have to be fiscally responsible and recognize the long-term consequences of actions we take,” said Senate President Steve Sweeney.

The state’s budget currently calls for borrowing $750 million in late 2020 for operating expenses either through the municipal bond market or as an MLF loan. It would be short-term debt (repaid within three years) and is meant to act as a bridge to give lawmakers time to make the necessary budget adjustments for the next fiscal biennium.

Mayor Bill de Blasio has been lobbying state authorities to increase the city’s long-term borrowing capacity as it deals a $9 billion budget hole. The city’s budget calls for major cuts to programs like affordable housing and potentially laying off workers, but de Blasio wants to avoid much of that by borrowing $5 billion.

What happens is these places end up borrowing? Fitch Ratings says the mere act of borrowing to balance a budget wouldn’t result in a credit rating downgrade.

“We recognize the difficult trade-offs most issuers now face between increasing their debt burden and employing other budget-balancing tools including tax increases or reductions in key services,” the agency said in a June analysis. “Each decision will affect longer-term economic and fiscal recovery, and Fitch will assess the impact of these decisions on credit quality accordingly.”

Still, notes Hilltop Securities analyst Tom Kozlik, deficit financing is a way of prolonging a mismatch between spending and revenues. And that can ultimately affect credit.

“The fact of the matter is, short- or long-term borrowing doesn’t really solve what’s happening because what state and local governments ultimately need to do is bring their spending in line with revenues,” he said in an interview. “And especially when you consider the magnitude of borrowing…it’s something that alone might not necessarily lead to lower ratings but definitely could contribute to it.”

For now, many government budgets remain in a kind of holding pattern as they wait to see what Congress might do to help. For example, six states (Kentucky, Massachusetts, Pennsylvania, Rhode Island, South Carolina and Vermont) have enacted temporary spending plans while New Jersey extended its fiscal year by three months (through Sept. 30).

Talks this week between Democratic and White House negotiators fell apart and President Trump said he was considering addressing the economic crisis by executive order.

Stocks will remain attractive despite rising Treasury yields, Morgan Stanley predicts
Bitcoin slides another 16%, falling below $50,000
Why You Need To Know Right Now What A 401(k) PEP Is
Marvel’s ‘Loki’ series will debut on Disney+ starting June 11
Failure to report cryptocurrency on your tax return can lead to trouble with the IRS