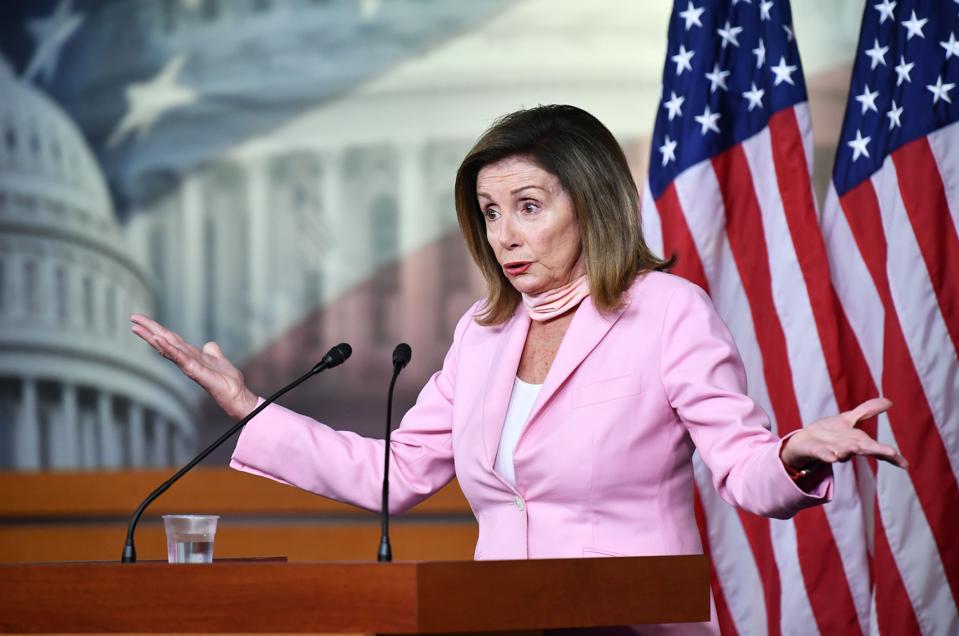 Without substantial budget aid to states and cities, such as the almost $1 trillion passed by the House in May, our economic decline will be more severe and longer than necessary.

Signs of economic weakness are finally getting Republicans to negotiate a new Covid stimulus and economic relief package.  But so far, they’ve refused to include funding for state and city budgets, which are being hammered by the pandemic recession—by some estimates, a cumulative $555 billion shortfall in the next two fiscal years.  Without substantial aid, such as the almost $1 trillion passed by the House in May, our economic decline will be more severe and longer than necessary.

For several months, Republicans hoped a rapid recovery—a “V-shaped” rebound—would rescue the economy without additional deficit spending.  But that hope has faded as we see a variety of negative economic indicators, including the worst quarterly drop in GDP ever recorded since World War II, continued record levels of new weekly unemployment claims, and the increasing likelihood that schools won’t reopen in the fall.

So after calling the Democratic plan—the HEROES Act—“dead on arrival” back in March, Senate Majority Leader Mitch McConnell (R-KY) is now at the table, with the Trump Administration dropping in and out of the discussions.  There was quick agreement on an additional round of stimulus checks going directly to households and to strengthening the small business lending program (the “Paycheck Protection Plan” or PPP).  And there’s even some reported progress on supplemental unemployment insurance, moving towards the Democrats’ demand that the $600 weekly supplement be reauthorized through the end of the year.

But a critical part of funding is still missing—fiscal aid to states and cities.  The Republicans’ HEALS Act (really a set of related but separate bills) has zero funding for states and cities, trying instead to provide local aid exclusively through education funding.

While schools need more money, the scale of the fiscal meltdown for states and cities means more must happen, for several reasons.  First, governments are big employers and sources of business.  There were 16.7 million full-time equivalent state and city employees in March 2019 (the most recent data we have), over 10% of all workers, and a bigger workforce than manufacturing or retail trade.

Second, fiscally strapped governments are cutting purchases and contracts, from telecommunications to IT to garbage collection to pothole filling.  Many private sector businesses, including small businesses, rely on governments as customers, so these cuts will hurt them.  And we deliver many of our essential services, from child care to meals-on-wheels to mental health to job training through contracts with non-profits, which are very hard pressed by the recession.

Governments and non-profits also disproportionately employ women and minorities, two groups hit hard by the pandemic.  As these workers are laid off, it increases the already deep inequality we are seeing in the pandemic recession.

Finally, government services are essential for the private economy to operate.  Businesses need fire and police services, garbage pickup, water and sewer services, and many other functions that the market doesn’t provide.  Without those services, businesses and the economy face much higher barriers to recovery.

Only federal funding can help states and cities.  Unlike the federal government, they are constrained by legal and operational requirements to balance their budgets, even in the face of a recession.

And although the Federal Reserve has done a good job with its new program to purchase municipal debt,increasing debts for economically troubled governments is not a solution.  The Fed’s action are really meant to keep liquidity in the muni finance market, not to substitute for direct fiscal aid.  Federal Reserve Chairman Jerome Powell recognized this, saying recently that “Lending is a particular tool, and we’re using it very aggressively, but fiscal policy is essential here.”

So why aren’t Republicans offering government aid?  In part, it’s a negotiating tactic.  They have other things they want, especially comprehensive liability protection for businesses to prevent employee and customer lawsuits for Covid exposure.  By not including a key item for Democrats, they are hoping for negotiating leverage as the horse-trading gets serious.

And Republicans are divided politically.  Some Senators already are jockeying for position in the 2024 presidential primaries, staking out a position against higher debt and deficits.  McConnell has admitted that he won’t get all of his Senators to vote for a package, saying “if you’re looking for total consensus among Republican senators, you’re not going to find it.”  And that means more leverage for Democrats.

But time is running out.  Congress is scheduled to start its summer recess this Friday, August 7th, although several Senators (especially those up for re-election) are calling for that deadline to be extended until a package is enacted.  (Don’t expect anything final until right before the recess, again due to the complex dynamics of a hostile and multifaceted negotiation.)

We should have economic aid based on triggers, not time.  Stimulus checks, unemployment insurance, small business aid, and state and local budget relief all should be triggered automatically by economic data, not by artificial time limits that don’t reflect economic activity.  But Congress doesn’t always work rationally, so we have to go through this political brinkmanship, delaying relief when we most need it.

Whatever aid package Congress finally settles on, it must include substantial fiscal aid to states and cities.  Otherwise, both the pandemic and the recession will be deeper and longer than necessary.