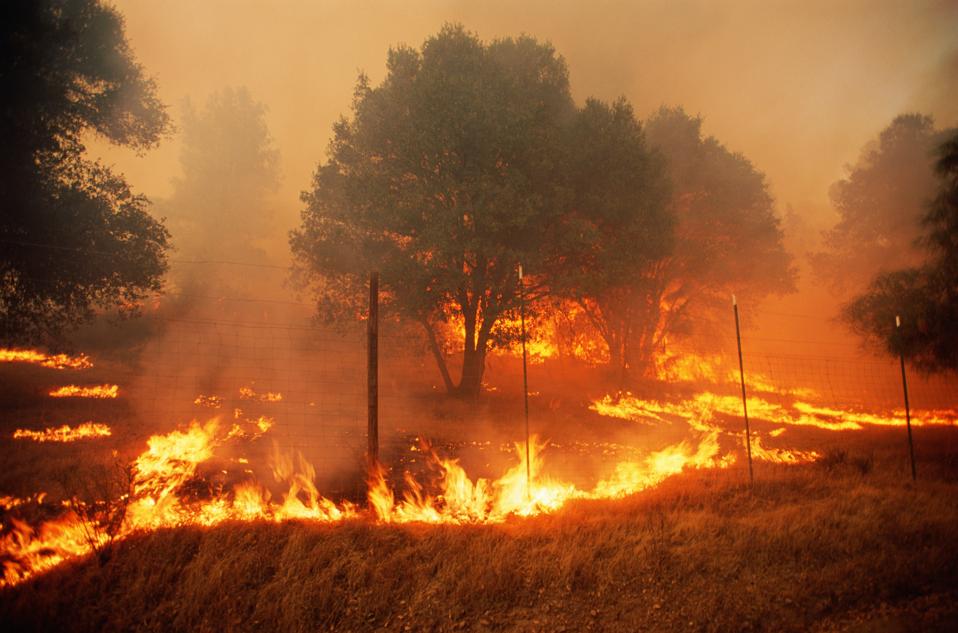 Belair Woods LLC (TCM 2020-112, July 22, 2020) is one of a flurry of Tax Court decisions on conservation easements that have been flying through the Tax Court. I understand that there are a lot more coming. It is the third decision in the case. The first two did not go well for the taxpayer. This one is worse.

The plethora of decisions comes from an attempt to counteract a band of scoundrels who have turned a benign tax provision into a raid on the Treasury. Unfortunately, there may be a lot of collateral damage from the IRS approach evoking the memory of an unnamed American officer who was quoted in 1968 as saying “It became necessary to destroy the town to save it.”

Belair Woods does not break new ground. Rather it is a successor to several relatively recent decision with similar facts. The case is about the deductibility of an easement granted on 141 acres of land in Effingham County Georgia. The grantor retained the right to conduct commercial agricultural and timber-harvesting activities and to construct a limited number of improvements.

Language about the improvements created the “gotcha”.

When Perpetuity Comes To An End

What doomed the Belair Woods deduction is language about the improvements in the oxymoronic event of the perpetual easement being extinguished. One way it can happen is that the property is taken by eminent domain.

The IRS regulations deem that the perpetuity requirement is met in that sort of case if the proceeds are split between the fee owner and the easement holder in proportion to the value established by the charitable contribution.

But What About Improvements?

Imagine though that this was your property and you reserved the right to build a single house on it. And you had spent $500,000 on the house. The 90/10 split does not seem so fair anymore. So the provision in the Belair conservation deed held that the value of subsequent improvements would come off the top of the proceeds and the balance would be split proportionately. That was fatal to meeting the proportionality requirement.

“By reducing the grantee’s share in this way, the deed violates the regulatory requirement that the donee receive, in the event the property is sold following extinguishment of the easement, a share of proceeds that is “at least equal to the proportionate value that the perpetual conservation restriction at the time of the gift, bears to the value of the property as a whole at that time.””

I had a long talk with David Wooldridge, the lead counsel to the taxpayers in this case. Mr. Wooldridge has been on these cases for a long time. He represented the taxpayers in the very significant case of Kiva Dunes. The decision was mainly about valuation. The taxpayer was at $32 million and the IRS was at $10 million. The Tax Court came in at $29 million, which counts as a taxpayer win.

Kiva Dunes was also notable, because it was an early case of bringing in investors to share in a deduction that the owners could not absorb on their own return. And an issue that was included in the trial but conceded is an illustration of why preserving something as a golf course can be a legitimate conservation purpose. To migratory birds needing a rest, a golf course can be as good as a nature preserve. Possibly better as there may be fewer predators.

On our tour of the country beginning in 2018, I became incredibly excited when my partner and I passed Kiva Dunes on our way from Pensacola to Fort Morgan.

She was less than excited, even though she is also a tax pro. Her comments on our blog though illustrate why preservation of golf courses as golf courses is not just for the birds and the golfers.

“ We started at Gulf State Park and drove out to Fort Morgan, at the very tip of the peninsula. Comments about today:

—Unless there is a State or National Park/preserve, the coast is just lined with high rise condos. You drive the “scenic coastal highway” and all you see are condos, or private homes, between the road and the water.

—This area is very developed, so not as interesting.”

The Problem With The Gotchas

I have been following the controversy about the tax treatment of conservation easements for going on a decade. The reason they are such a tempting area for tax scammers is valuation. The deduction for a charitable contribution of appreciated property is a one-sided entry. You can have an enormous deduction with nobody on the other side having to recognize income even for reporting purposes.

The land trusts generally don’t put the easements on their balance sheets. If they did the ones with GAAP statements and independent audits might be calling shenanigans on their donors.

Until recently IRS has generally not attacked the easements on valuation. Rather it looks for subtle flaws like the extinguishment clause in Belair. There are problems with the way the returns are filled out, failure to get mortgagees to subordinate and even relatively short delays in recording.

The problem with those “gotchas’ is that they are traps that people who are not trying to get away with anything can fall into. Mr. Wooldridge wrote me:

“ Proceeds clauses similar to the one in Belair appear in most conservation easement deeds that were granted prior to IRS raising this issue in Rose Hill, and many granted afterwards. These include the so-called syndicated conservation easements, but they also include most easements that would be considered “traditional.” The Service’s position therefore would invalidate easement deductions for a majority of existing conservation easements, both traditional and “syndicated.” Also, the issue is still pertinent even to older easements, because carryforwards of the deductions are still being deducted pursuant to the 15 year carryover period enacted by Congress to encourage easement donations. Ironic. The IRS and Tax Court position would abruptly invalidate deductions for those carryforwards, as well as deductions in all years still open for examination.”

There will probably not be an appellate decision on Belair. Further along and presenting the same issue are Oakbrook Land Holdings in the Sixth Circuit and David Hewitt in the Elevenses. Mr. Wooldridge expects that there may be decisions on those sometime next year.

He would prefer that the IRS go straight for the valuation jugular in attacking the abusive players rather than taking a strict unforgiving hyper-technical approach that will throw out the baby with the bathwater.

I reached out to my conservation brain trust and heard back from Professor Nancy McLaughlin of the University of Utah who has written extensively on the issue. She responded:

2) Conservation easement donors have no business relying on model easements provided by the Land Trust Alliance, donee organizations, or land trust coalitions to satisfy the requirements for the § 170(h) deduction. Such organizations do not represent donors, and most are very careful to instruct donors that they cannot and do not provide legal advice. Moreover, the risks of noncompliance—audit, litigation, denial of deductions, and interest and penalties—fall on the shoulders of the donor. It is the responsibility of the donor and the donor’s tax counsel to ensure that all requirements are satisfied.

3) The taxpayer in Belair could have sought a private letter ruling from the IRS blessing the terms of the easement before making the donation and claiming a $4,778,000 deduction.”

I am not a big fan of using tax incentives to support worthy goals, but it seems that there is no stopping it. As it presently works conservation easement deductions represent a potential for abuse that will continue to exist even after DOJ and class actions attorney finish their march through Georgia which may wreck the professional lives of many accountants, lawyers, appraisers and others attached to the industry.

A better model might be what is done in low income housing. There is a credit that is limited by state population and doled out annually. That creates an incentive to use the federal tax benefits more wisely.

On Current Federal Tax Developments, Ed Zollars has IRS Position in Case of Unrelated Taxpayer Does Not Bind Agency in Other Cases which discussed an aspect of the decision I did not consider, which is that the IRS had let a similar extinguishment clauses get by in earlier case. The Tax Court ruled that it did not matter.

“The Court notes that the concept of judicial estoppel is applicable in Tax Court cases, but only if particular conditions are met.  Those conditions are stricter under the holdings of the Eleventh Circuit Court of Appeals if the matter involves a case to which the taxpayer was not a party”

Bloomberg Tax has a story by Aysha Bagchi behind its paywall.

Freeman Law has a summary.

Belair Woods, LLC, Effingham Managers, LLC, Tax Matters Partner, 2020 T. C. Memo. 112, filed 7/22/20, has some new arguments why they’re entitled to the ginormous write-off they took for the conservation easement on some dubious GA scrubland. This is Belair 3. Judge Albert G (“Scholar Al”) Lauber, who’s getting his second MA after his Cambridge classics one, this time in sketchy strip-mine write-offs, notes the history.

Taishoff asks why we’re fighting over an event whose occurrence is “so remote as to be negligible.” These HRH syndicates would get demolished in an appraisal trial.

How to watch the 2021 Golden Globes without cable
Fed policy changes could be coming in response to bond market turmoil, economists say
Op-ed: Here’s the key decision that paved the way for development of Covid vaccines
CDC director signs off on J&J’s single-shot Covid vaccine, clearing way for distribution to begin
There’s Lots To Like In The Like-Kind Exchange Tax Regs