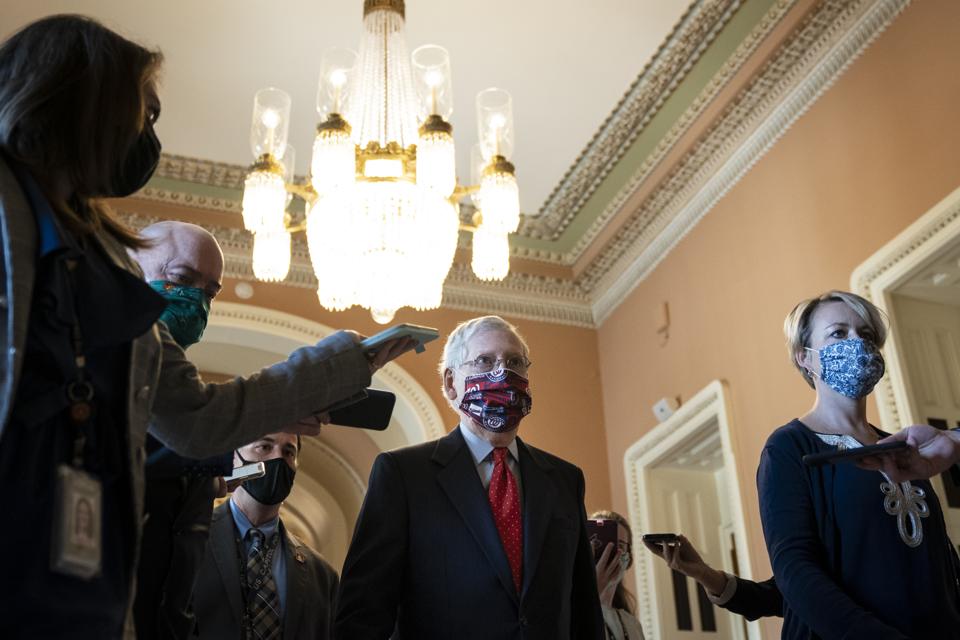 Recognizing the recession’s depth and persistence, the Federal Reserve is keeping interest rates low. But only more spending can provide the economic boost we need, and Congress must act before its August 7th recess.

After hoping in May for a sharp economic rebound to rescue the economy, policy makers can now see that isn’t happening.  So Congress—more specifically, Senate Republicans—are finally negotiating on more stimulus, while the Federal Reserve also is expressing worry and acting accordingly.  But the ball is in Congress’ court—only a new round of significant stimulus spending will help the economy now, not low interest rates.

On Wednesday, the Federal Reserve’s Open Market Committee said the “ongoing public health crisis will weigh heavily on economic activity in the near term,” and “poses significant risks to the economic outlook over the medium term.”  As a result, the Fed will leave interest rates at effectively zero “until it is confident that the economy…is on track.”

The Fed’s worries are dramatically confirmed by economic data.  On Thursday, GDP figures confirmed the recession’s depth.  GDP fell by 9.5% in the second quarter, “the fastest the quarterly rate has fallen in modern record-keeping.” And new claims for unemployment insurance were over two million.  As economist Heidi Shierholz at the Economic Policy Institute notes, that “was the 19th week in a row that unemployment claims have been more than twice the worst week of the Great Recession.”

But Powell and the Fed, like most economists, also understand that monetary policy and low interest rates won’t turn the economy around by themselves.  No matter how low interest rates are, businesses don’t borrow, invest, and expand if there’s no economic demand.   And consumers can’t spend without jobs and income.

With the private economy declining in the face of a surging virus, economic demand has to come from fiscal policy through increased Congressional spending.  Powell was very clear on this, saying “Lending is a particular tool, and we’re using it very aggressively, but fiscal policy is essential here.”

So far, Congress remains stuck in negotiations.  Although the House passed its $3 trillion HEROES Act in mid-May, Senate Republicans hoped an economic rebound would limit the need for further deficit spending.  But as the virus continues spreading, that hope has dimmed, so the Republicans are now at the table with their own $1 trillion HEALS Act.

Actually, HEALS is scattered across several discrete bills, reflecting divisions within the Republican caucus about how much to spend and their increasingly vain hopes that House Democrats will negotiate individual provisions separately, allowing passage of some items while pushing more contentious ones to the side.  House Speaker Nancy Pelosi (D-CA) has rejected this approach, saying it is “piecemeal” and “isn’t serious.”

Congress is battling over several issues.  On spending, there are four major buckets:  another round of household stimulus checks; reauthorizing the extra $600 weekly unemployment insurance supplement; a more generous small business lending program; and aid to hard-hit state and city governments.

In addition, Republicans are insisting on very aggressive liability provisions for businesses.   These would essentially prevent workers from suing over Covid exposure, and also pre-empt states from passing tougher health and safety standards that include legal remedies for employees.  Although workers couldn’t sue employers, the Republican provisions would even allow businesses to sue their workers for threatening legal action over Covid.

Democrats in turn are holding fast to restoring the $600 UI supplement and rejecting a complicated (and likely unworkable) Republican approach to cut benefits.  That proposal would result in cutting unemployment benefits by over 40% for the average worker.  But the Republicans have allowed the supplement to expire.

And the expiring benefit and proposed cuts matter not only to working families, but to the economy.  Any minimal economic gains this year have been driven not by private incomes but by government spending, so cutting it as the economy weakens will only slow any potential recovery, and could well make things worse.

The Republican HEALS proposals would further slow the economy.   The Economic Policy Institute estimates that just eliminating the $600 supplemental unemployment insurance benefit would cut around 3.4 million jobs.  And so far, Republicans have offered no additional aid to state and local governments, where budget and spending cuts also will drag the economy down.

With a month-long recess schedule to begin on August 7th, time is running out for action.  The economy needs help now, and only Congress can provide it.