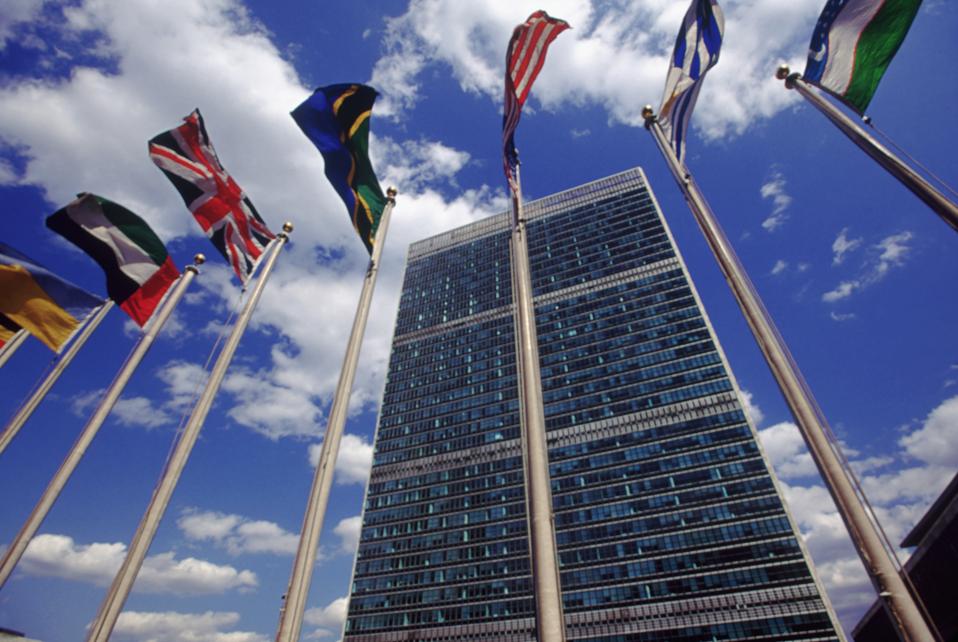 Is there an appetite for global tax multilateralism? Michael Lennard is optimistic but cautious.

Lennard, chief of international tax cooperation and trade in the U.N. Financing for Development Office, thinks the world is not yet at a “high point for multilateralism,” even though taxation is a global issue in a globalized economy. Lennard shared these thoughts in a June 18 Tax Policy Responses to COVID-19 webcast hosted by the International Tax and Investment Center.

Individual country responses to the coronavirus pandemic have veered toward the unilateral because governments have needed to act quickly and decisively. But governments’ long-term economic response planning could provide a natural opening for more multilateral discussion about specific responses to COVID-19, Lennard said. Part of the issue is that “we don’t have enough sense of where the populous feels on tax responses, on multilateral issues,” he said.

It is also unclear whether the OECD will now meet its 2020 proposed global tax overhaul deadline. It’s hoping to craft a unified approach to international taxation under the first part of its two-pillar project.

In the wake of the pandemic, some trade groups requested that the OECD delay the project. The United States caused a considerable stir when it asked the OECD to delay negotiations on pillar 1 until next year.

Amidst all of this, there has been a renewed push for the U.N. to assume a larger role in the global debate. In 2017 the U.N. launched its own digital economy work and said it would craft its own solution, but momentum slowed.

Now, various stakeholders are urging the U.N. to splinter away from the OECD process and recommit to crafting its own digital taxation rules.

On June 22-26 tax experts from around the world came together virtually for the U.N. 20th session of the Committee of Experts on International Cooperation on Tax Matters. Several commentators repeated that the U.N. is the most inclusive forum for this global discussion.

The U.N. and OECD each maintain their own model tax conventions and transfer pricing manuals. Next up could be parallel rules on digital economy taxation. The U.N. Tax Committee has not yet released a proposal, but it is thinking about divergence from pillar 1 in several key areas.

Under pillar 1, the OECD is advocating a three-tier profit allocation mechanism that would allow market jurisdictions to tax multinationals on three different amounts, designated A, B, and C. A minimum revenue threshold has not yet been determined, but the OECD is thinking about limiting this proposed regime to multinationals with at least €750 million in global revenue, the threshold applied to the OECD’s country-by-country reports.

Pillar 1’s amount A creates a new taxing right and allows market jurisdictions to tax a portion of a multinational group’s deemed residual profit via a reallocation scheme. That residual profit is what would be left over after allocating a deemed routine profit to the jurisdictions in which the group performs activities.

The U.N. has not taken a stance on the routine/non-routine issue and is awaiting more information on how the calculation would work. That said, it believes that a “fair portion” of non-routine profits will have to be allocated to market jurisdictions to be workable. The U.N. would also apply lower, country-specific thresholds for multinationals to ensure that a broader range of activity is taxable under the scheme.

Amount B is a fixed return on baseline distribution and routine marketing activities.

Amount C is any amount that exceeds the fixed return under amount B — this allows market jurisdictions to tax activities that extend beyond the baseline, under the arm’s-length principle, subject to binding dispute mechanisms.

On that topic, the U.N. says the OECD should bear in mind that developing countries may not want to participate in mandatory and binding arbitration because of sovereignty and representation issues.

There’s an alternative proposal being floated by U.N. Tax Committee member Rajat Bansal that is getting some attention.

His proposal aggregates many of the general criticisms lobbied by developing countries and civil society organizations against the OECD’s unified approach.

Bansal, who is also joint secretary for foreign tax and tax research for the Indian Department of Revenue, says that “there is no sound basis for allocating only the non-routine profits to market jurisdictions” under amount A.

His argument is that all profits within a firm ultimately link back to its global activities, so separating local and international profits is not possible. If it is possible, he says the OECD has failed to adequately explain how it can be done.

“The [unified approach] does not present either a robust methodology for separating the two, or theoretical foundation on which such distinction might rest, nor the data with which this might be rigorously done,” Bansal said in a submission to the U.N. Tax Committee.

Bansal suggests that the U.N. Tax Committee create a new tax treaty article that would be added to the U.N. model convention and define the nexus and determination of profits for automated digital services.

This new taxing right would apply only to revenue obtained directly from the market jurisdiction, so revenue obtained through permanent establishments or subsidiaries wouldn’t be included. In-scope activities would be the same as those envisioned by the OECD’s unified approach for automated digital services, including online search engines, intermediation platforms, advertising services and gaming, social media platforms, digital streaming, and cloud computing.

Bansal, like many others, believes the OECD’s proposed global threshold is arbitrary and potentially ineffective. He points out how a global threshold requirement could lead to incongruous results in two different instances.

For example, two multinational enterprise groups could have an identical, and substantial amount of local sales revenue in the same jurisdiction. If Group A’s global revenue falls short of the global threshold and Group B’s global revenue exceeds it, Group A could be exempt from pillar 1 whereas Group B would be subject to tax.

Taxable profits would be calculated by determining the global profit rate of an MNE’s in-scope activities, applying it to the company’s local sales revenue and attributing a percentage of that to the market jurisdiction, according to Bansal. He says this can be accomplished through a fractional apportionment method.

Lastly, double taxation disputes would be addressed via existing treaty arrangements under Bansal’s proposal. The OECD has suggested that members of the inclusive framework establish “early certainty” review panels that issue advance determinations on how amount A should be allocated for specific taxpayers, among other issues, to help prevent disputes.

But Bansal says the OECD proposal raises sovereignty questions, particularly in instances in which an MNE group operates in many jurisdictions.

It is unclear as to how many of those jurisdictions could be practically represented on a panel. If some parties are missing, would it be fair to hold them to the resulting solution?

Implementation of Bansal’s proposal could take place through a multilateral convention like the OECD multilateral instrument that amends signatory countries’ tax treaties.

This new MLI process would allow signatories to implement the treaty changes faster than the traditional amendment process, although signatories would have to allow for the taxing right in their domestic law.

Bansal acknowledges the difficulties inherent in applying a multilateral convention and getting sufficient participation. However, he believes that the OECD’s proposal makes things even more difficult by crafting amount A such that it effectively requires total participation to be successful.

The U.N. Civil Society Financing for Development Group believes a proposal floated by the G-24 should be revived and potentially endorsed by the U.N. Tax Committee.

In January the G-24 suggested that PE issues can be overcome in the digital age by updating article 5 of the OECD and U.N. model tax conventions — which define the PE concept — to include a new concept applicable to nonresidents.

The OECD considered the significant economic presence idea in its initial brainstorming for the unified approach, but the concept didn’t make the final cut.

The civil society organization BEPS Monitoring Group also thinks the U.N. should reconsider article 5 of its model tax convention and the scope for taxation of all services in the advent of the digital economy. The organization suggests the U.N. may want to prioritize that project above other matters because of time and resource constraints.

“There have been sharp disagreements in the past. . . . It may be easier to resolve these disagreements now that there is wider acceptance of the need for taxation of services where substantial activities take place, regardless of physical presence,” the group said in a submission to the U.N. committee.