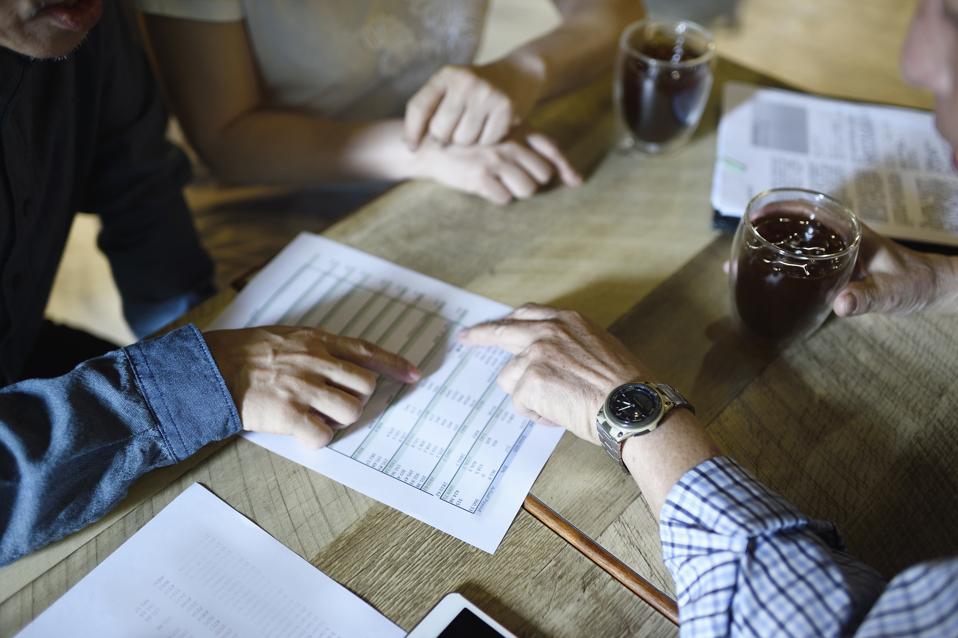 Are there cases when the amount of guaranteed income can be decreased?

Generally, if an annuity contract states that a guaranteed income level remains for life then this is the case as long as distributions do not exceed the guaranteed levels. But some annuity providers make clear that there is an option to receive more income when assets remain, if they are willing to reduce the amount of guaranteed income they will receive after the contract value of annuity assets has been depleted. For instance, rather than offering a 5 percent guaranteed payout for life, the contract may stipulate that distributions are guaranteed to be allowed at 7 percent of the benefit base until the contract value of assets has been depleted, and then the level of guaranteed income drops to 3 percent of the benefit base (a 57 percent reduction). This approach makes a distinction between maximum allowed withdrawal amounts (7 percent) and protected income payments (3 percent).

At the surface, this sort of structure may not sound very appealing. The purpose of having the guarantee in place is to protect income if the contract value of assets has been depleted, and this approach does guarantee less income. Advocates of this structure would argue, though, that the higher initial withdrawal rate for the annuity means that less assets can be moved to the annuity to achieve the same level of initial income. This allows more to remain within the investment portfolio held outside the annuity.

If distributions are also taken from the nonannuity investments, they can be less, which will help to preserve the nonannuity portion of the portfolio. This could serve to support additional income later in retirement from unguaranteed sources and it may be an appealing way to achieve benefits from having guaranteed income sources while committing less assets to the annuity.

One further note is relevant here. Some income guarantees allow for market value adjustments or earnings-sensitive adjustments which allow the owner to temporarily take a higher guaranteed distribution. These would generally be structured to allow for larger distributions during periods when the markets are experiencing gains.

How are guarantees affected if a distribution larger than the guaranteed amount is taken?

How are rollups and step-ups affected after lifetime distributions begin?

Typically, variable annuities end their guaranteed rollup provisions once guaranteed lifetime distributions commence. Step-up opportunities do continue for the guaranteed benefit base whenever the underlying contract value of assets reaches a new high watermark on the relevant dates. When step-ups can happen more frequently than annually, then the usual process is that on the contract anniversary date there is a look-back to determine the high watermark on the relevant dates over the past year and any step-up is then vested at this time. Then, applying the guaranteed withdrawal rate to the higher benefit base at the anniversary date will allow for larger subsequent lifetime guaranteed withdrawals. It is important to keep in mind that step-ups will become less likely after distributions begin because it will require the contract value to achieve new high watermark values net of distributions and fees.

Typically, the age when guaranteed lifetime distributions begin will determine a guaranteed withdrawal rate from the benefit base that remains in place for life. The withdrawal rates do not increase with increasing age when new age bands are entered. But some annuity providers may include provisions to increase payout rates over time.

One possibility is that if a step-up brings the benefit base to a higher level again at a later age, the owner may be able to apply the higher payout rate at that age to the new high watermark for an even bigger increase in income. Another possibility is that as each age band when a higher payout rate is reached, the company may check if applying that payout rate to the account value will support an increase in income, and if so, may then reset the guaranteed income level to this higher value. This could happen without reaching a new high watermark if the contract value is close enough that income would increase with the higher payout rate for the new age band.

Looking for more information? Click here and subscribe to the Retirement Researcher for my weekly newsletter and receive additional articles, resources, and exclusive invitations to upcoming webinars!

This is an excerpt from Wade Pfau’s book, Safety-First Retirement Planning: An Integrated Approach for a Worry-Free Retirement. (The Retirement Researcher’s Guide Series), available now on Amazon