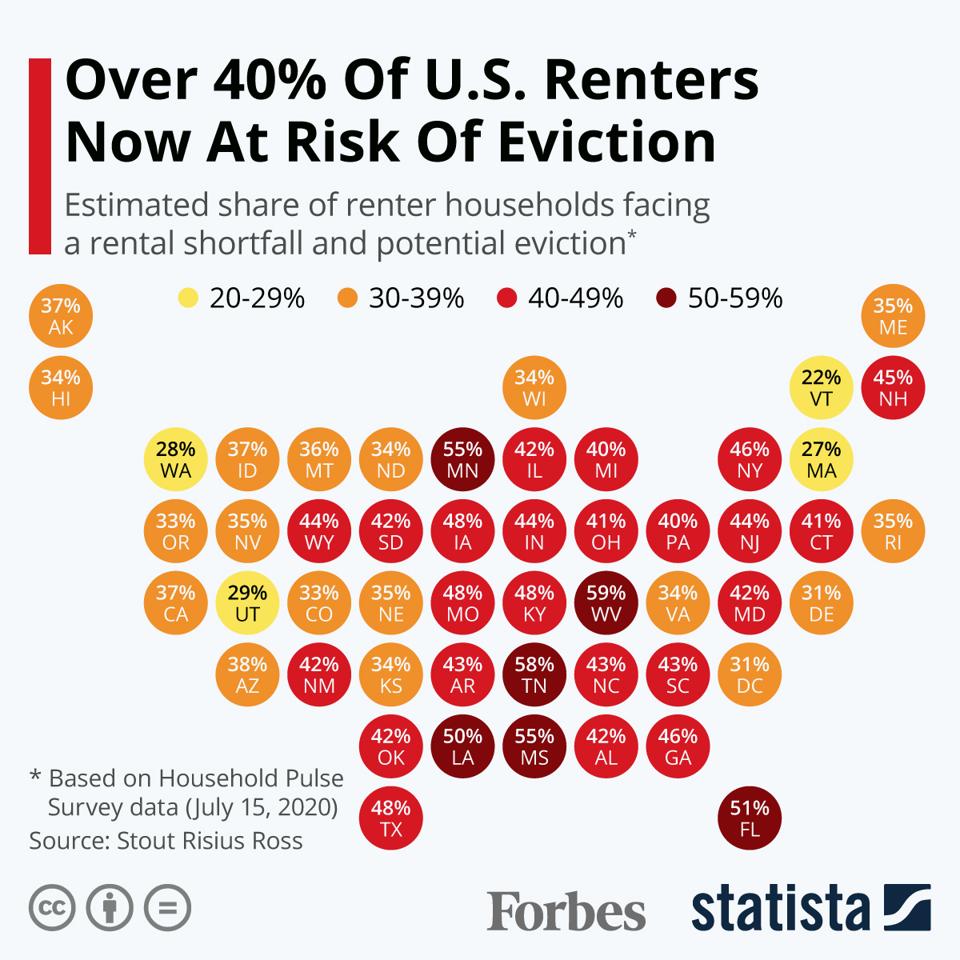 On July 31, approximately 25 million people across the U.S. will stop receiving weekly $600 federal unemployment checks. Under new proposals by Senate Republicans, those benefits would be cut by 43% and replaced with a reduced weekly payment of $200 through September. That could have serious repercussions for tens of millions of Americans who have counted on the $600 payment as a crucial financial lifeline amid the economic havoc wreaked by the pandemic across the country. On top of that, the Federal Eviction Moratorium has expired, placing renters with federally backed mortgages at risk of losing their homes. It is estimated that they account for just over a quarter of all U.S. renters.

Even though White House economic advisor Larry Kudlow has hinted on an extension, the provision’s expiration has allowed landlords to file eviction notices, though they won’t be able to push people out of their homes for at least another 30 days. Combined with the cut in unemployment payments, it is likely to create the perfect storm for U.S. renters. An analysis from global advisory firm Stout Risius Ross estimates that more than 40% of renter households in the U.S. are going to experience rental shortfall during the Covid-19 crisis with just under 12 million facing eviction over the next four months alone. Around 17 million are likely to be impacted throughout the pandemic.

The analysis is based on Household Pulse Data from mid-July and it found that some states will be hit harder than others. For example, West Virginia is estimated to have the highest share of renter households facing eviction at close to 60%. Tennessee, Minnesota, Mississippi, Florida and Louisiana are all among the states set to be worst impacted with shares at 50% or higher. Elsewhere, Vermont is the state where renters will be at the lowest risk of eviction, though 22% of them will potentially lose their homes over the course of the crisis.

Hedge funds that hunkered down after GameStop are now missing out on market gains
Should Your Life Insurance Be In An Irrevocable Trust?
Mark Cuban: If I were to start a business right now, this is what I would do
Apartment Community Amenities Help Cure Covid-Era Cabin Fever
Watch the first ever video of NASA landing a rover on Mars