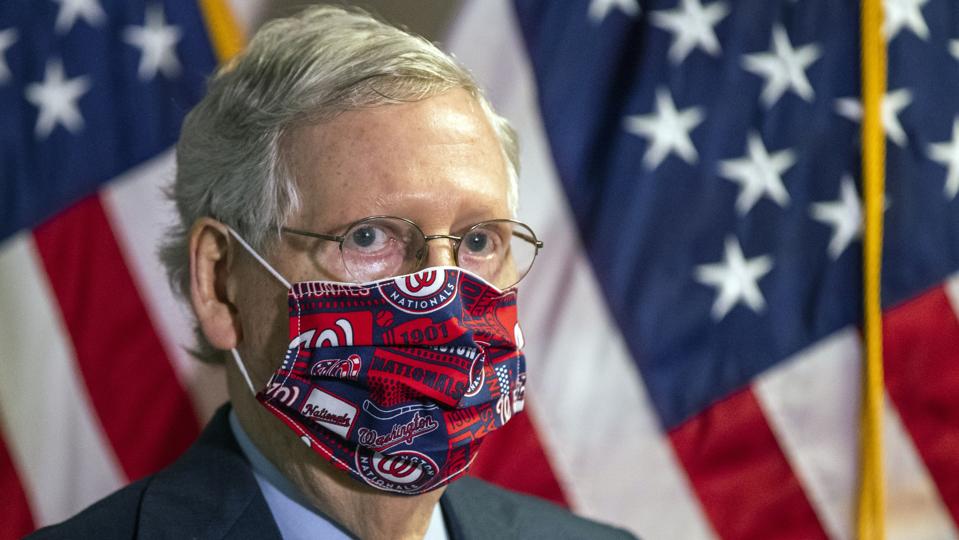 As the clock ticks for Congress to pass another stimulus package to inject life into an economy battered by coronavirus, reports emerged late Wednesday night as to what Republicans are likely to propose in their version of the bill on Capitol Hill Thursday. Here’s what’s known so far:

There doesn’t yet appear to be consensus on the enhanced weekly unemployment benefit of $600, reported the Wall Street Journal, with Republicans looking at several options, like a smaller flat rate that states would then have to scale based on the claimant’s lost income.

Another stimulus payment looks like it’ll be included, with the Washington Post reporting Thursday that it’s likely people making up to $75,000 will receive another $1,200 check, mirroring the first round of payments.

Around $100 billion would be allocated towards schools, with $70 billion earmarked for K-12 schools and $30 billion for colleges and universities, according to CNN.

The $70 billion for K-12 would be split between reopening costs and the other half doled out on a per capita basis, CNN reported.

Another $16 billion is likely to be allocated for testing, which is seen as a compromise after the White House opposed further funding, but the GOP could push for $25 billion in new funds here.

It’s unclear whether the GOP proposal will include a payroll tax cut, a move which President Trump has floated previously.

5. This will be the fifth aid package since the coronavirus arrived in America some five months ago.

“The Republican Party is so disorganized, chaotic and unprepared that they can barely cobble together a partisan bill in their own conference,” Sen. Minority Leader Chuck Schumer, D-N.Y., said Wednesday evening. “The disarray on the Republican side has real consequences. Americans will suffer unnecessary pain and uncertainty because of it.”

The GOP proposal, expected later Thursday, comes just days before the enhanced weekly unemployment benefit of $600 is set to expire. Thursday’s jobs report also marked the 18th straight week of over 1 million new unemployment claims, according to the Post, underscoring the severe impact of the pandemic on working Americans. There’s been contention amongst the GOP over whether to extend the weekly $600 benefit, as some believe it provides a disincentive for people to return to work. Sen. Majority Leader Mitch McConnell said Tuesday it would not be included in their proposal. But during a Thursday morning television appearance, Mnuchin seemed to allude to the lower flat rate that the WSJ earlier reported. Once Republicans unveil their plan, they’ll next have to negotiate with Democrats, who passed their own $3 trillion version in May.

Full coverage and live updates on the Coronavirus