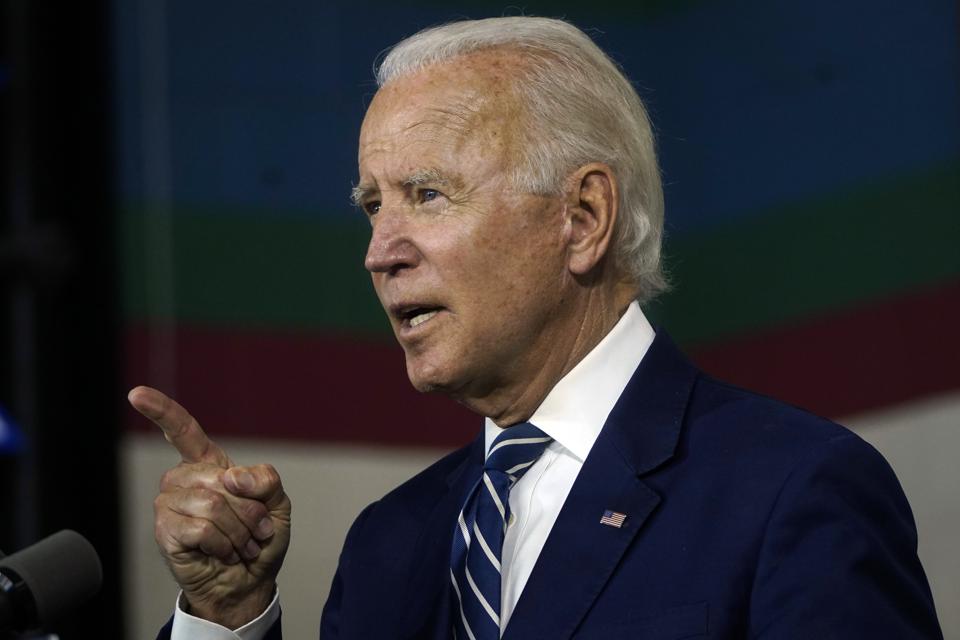 Likely Democratic presidential nominee Joe Biden has proposed a major new initiative to encourage state Medicaid programs to expand home and community-based care for low-income older adults and younger people with disabilities. While the proposal is ambitious, it addresses the long-term care needs of the Medicaid population in an especially complicated way. It still leaves huge gaps in Medicaid-based care and does nothing for the millions of people who need long-term supports and services but are ineligible for Medicaid.

His plan is wrapped up in an ambitious plan to assist parents of young children—an initiative likely to attract more attention than his elder-care proposal.

Still, Biden’s initiative goes well beyond the more modest suggestions made just two weeks ago by a joint task force with backers of former primary rival Bernie Sanders. It also is much more specific, but not necessarily in a good way. He promises to spend $450 billion to enhance Medicaid home-based care, and he says he’d clear 800,000 people from the program’s waiting lists for such community care.

Focusing on one problem

While never quite says so, his plan could somewhat reduce the numbers of Medicaid recipients living in nursing homes. But it might be less effective than it first appears.

One flaw is that Biden seems to focus on only one Medicaid long-term care problem—waiting lists. But a state can end waiting lists by limiting the amount of home-based services it provides. In other words, it simply could provide less care to more people.

In an effort to avoid this, Biden vows to pump new federal dollars into a new home care program and fund new innovative models in community care. That might encourage states to shift from the current complex system of multiple federal waivers into a single new model. Currently, the federal government requires states to offer Medicaid long-term care to nursing home residents only. The states can receive waivers from the feds that allow them to provide home-based care, but the special programs are complex for both states and consumers.

Biden would encourage states to shift into the better-funded program but not require it. And he does not describe what strings would come with this new program. More federal money almost always means more strings.

Instead of jumping through all these hoops, it would be much simpler if Biden just ended Medicaid’s nursing home bias, so the program would fund long-term services and supports in the setting most appropriate for a beneficiary. This could be identified by an independent care manager in close consultation with a family.

On the plus side, Biden identifies a wide-range of services that could be funded with this new model, including primary medical care, transportation, adult day programs, home-delivered meals, and home renovations (such as wheelchair ramps). In many states, some of these supports already are being provided by Medicaid managed care programs. Biden does not say how he’d treat these programs.

Oddly, he also does not include housing in his list. Currently, Medicaid pays for room and board in nursing homes but not in any other care settings.

Biden also proposes to increase pay for direct care workers, though he does not say by how much. A significant pay rise likely would eat up much of the additional funding Biden promises.

Biden’s biggest gap, however, is the absence of any initiative that could benefit middle-income recipients of long-term care and their families. These are the millions of people who are not poor enough to be eligible for Medicaid, but do not have sufficient resources to purchase assistance on their own.

A public long-term care insurance program would provide important benefits for those middle-income families. And it could reduce Medicaid long-term care spending by one-third by shifting some beneficiaries to more flexible private insurance. But Biden does not seem willing to go there.

Still, the former vice president has moved a long way from his extremely cautious ideas earlier in the campaign. The best way to look at Biden’s plan is as a major $450 billion-plus commitment to enhance Medicaid’s home and community-based care programs. At this point, his recognition of the need may be more important than the details of his solution.