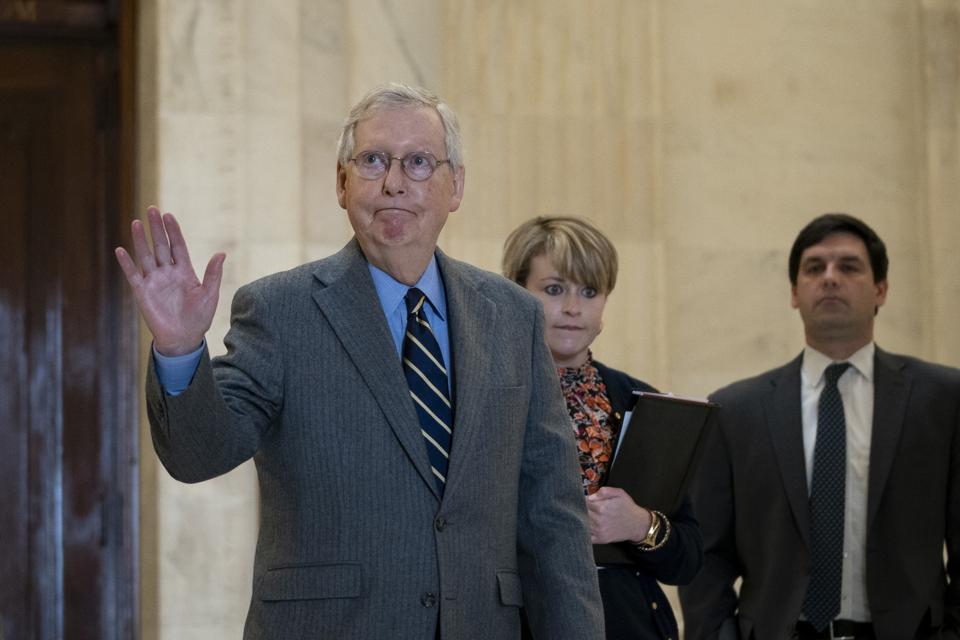 One of the big sticking points for the next stimulus bill, expected to be debated as Congress returns from recess tomorrow, centers around unemployment. Senate Republicans have hesitated on adding additional unemployment benefits, citing it disincentivizes people to work as a concern.

According to aides interviewed by the Washington Post, some of those concerns have eased as GOP leaders are discussing providing extra payments to those filing for unemployment benefits in the range of $200 and $400 a week.

That mark would fall short of the $600 a week that unemployed workers received since the passing of the CARES Act in March. But with benefits soon running out in late July, whether the payments would continue in any form has been a major point of contention between Democrats and Republicans.

The House of Representatives, in May, passed the HEROES Act, which included funds for continuing the $600 additional payments for unemployment through January 2021. Republicans, particularly Senate Majority Leader Mitch McConnell has signaled displeasure with the HEROES Act, which provides $3 trillion in aid. McConnell is expected to provide a plan that’s closer to $1 trillion.

One of the biggest issues in the debate for a second stimulus package has been whether to provide ongoing unemployment benefits. The GOP’s apparent easing on the subject signals not only concern for the growing rates of COVID-19 cases in the US, but also about how quickly the economy can recover, especially as some states retrench in opening up normal business operations due to the rising rates of infection.

It’s also a realization of just how powerful the initial unemployment checks were in providing a boost to the economy. JPMorgan Chase
’s research arm found that spending by the unemployed rose 10% during the first few months of the pandemic, while spending by the employed fell 10%. A full cutting of the benefits would expect to force unemployed workers to cut spending by 29%, according to the research.

According to the Post’s report, Republicans have also considered limiting the extra unemployment benefits for those that were high earners prior to losing their jobs.

The cost for extending a $600 a week payment to the unemployed through the end of the year was expected to run $400 billion. The revised version is expected to cost between $200 billion and $300 billion, according to those speaking with the Post.

While Senate debate will hone in on a specific number, it’s a significant victory for the over 45 million people that have filed for unemployment benefits during the pandemic, if some additional payments to the program are secured.

Shares of Rocket Companies, a large short target of hedge funds, jump more than 70%
Robinhood offers blistering retort to ‘elitist’ criticisms from Munger
An activist with value approach takes the next step to turn around a food and beverage manufacturer
Alden Global Capital, Under Contract To Buy Tribune, Sued For Millions Over Unpaid Rent By Lipstick Building Landlord
How To Decorate Your First Apartment Or Home