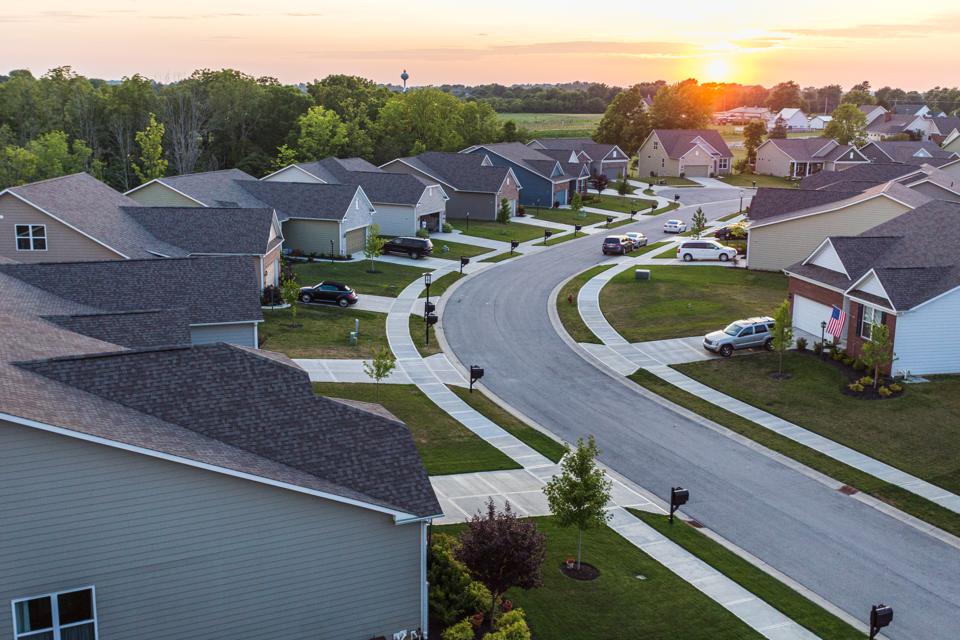 The recent rise of coronavirus cases may stifle the so-far brisk recovery of the housing market with the first signs of a downward shift already emerging, according to residential real estate valuation company HouseCanary.

“This Covid-19 resurgence that we’re seeing is likely undermining the chances of a V-shaped recovery,” says HouseCanary CEO Jeremy Sicklick. “July 2020 is likely to mark a turning point.”

The latest HouseCanary market report, an analysis of public records and 200 multiple listing services, shows that for the week ending July 12 the volume of listings under contract tumbled 15.3% nationally from the preceding seven days. While home sale agreements remain above the bottom observed in April, in the first full week of July, they dropped to a level not seen since mid-May, per the report.

The overall decrease corresponds with the latest reading of the Mortgage Bankers Association’s seasonally adjusted mortgage purchase index, which declined 6% in the week ending July 10 (following waning gains, punctuated by small drops, in the last month or so). After several weeks of seemingly frenzied shopping, which in some cities resulted in bidding wars, home buyers now appear to retreat from the national real estate market.

“The spring-summer buying season has been extended out because of the shelter-in-place,” rules earlier this year, Sicklick says. “But we’re seeing these real declines in properties going under contract in all of the major markets where Covid-19 is surging.”

In Florida, the nation’s latest coronavirus epicenter, which is breaking the grimly records of both new infections and deaths, sale contracts went down 8.8%. In California, where new shutdown orders are being instituted, the drop amounted to 17.9%. Texas, meanwhile, saw a dip of 13% in listing contracts.

At the same time, for the week ending July 10, new listings across the U.S. rose 8.7% on a weekly basis, which is lower than the increases posted through May and June. Thus, it seems that sellers may be pulling away in the face of growing coronavirus infections, too, but not as fast as home shoppers are now.

California registered a 5.9% increase in new inventory in the first full week of July (compared to only 0.7% rise in early July), while Florida and Texas saw drops of 1.2% and 3.8%, respectively. In all three states, fewer listings were removed from the market compared to the preceding week.

“This is one of the first times where we’re seeing weakness in demand, while we are also starting to see some increases in supply,” says Sicklick.

With the pendulum of power swaying away from home sellers and toward home buyers, median listing prices are likely to soften, while the time residences spend seeking new owners is to go up.

A weakened housing market, the makings of which HouseCanary is already detecting, is likely to be in step with the larger economy. Despite optimistic signs of an economic rebound in the last couple of months, the uptick in coronavirus cases could wipe out any gains. Major banks are already padding their reserves in preparation for a protracted recession.

“I think, because of this extended Covid [crisis], we’re just going to see massive cracks in the economy that will have long-term implications,” Sicklick says.

Yet, he says that he has adopted a wait-and-see approach, watching for the measures Congress and state governments adopt to support the economy as the current stimulus runs out.

“The question will be which housing markets are going to be experiencing issues and which ones will come through less scraped,” Sicklick says.

Buffett is buying back more Berkshire stock this year after record $25 billion repurchase in 2020
Stocks just got some new competition from bonds as 10-year rate tops dividend yield
More travel hotspots are opening to people who work from home
Art Cashin expects more stock pain as traders worry about Fed losing control of bond market
38% of Americans would give up sex for a year just to travel again, survey finds