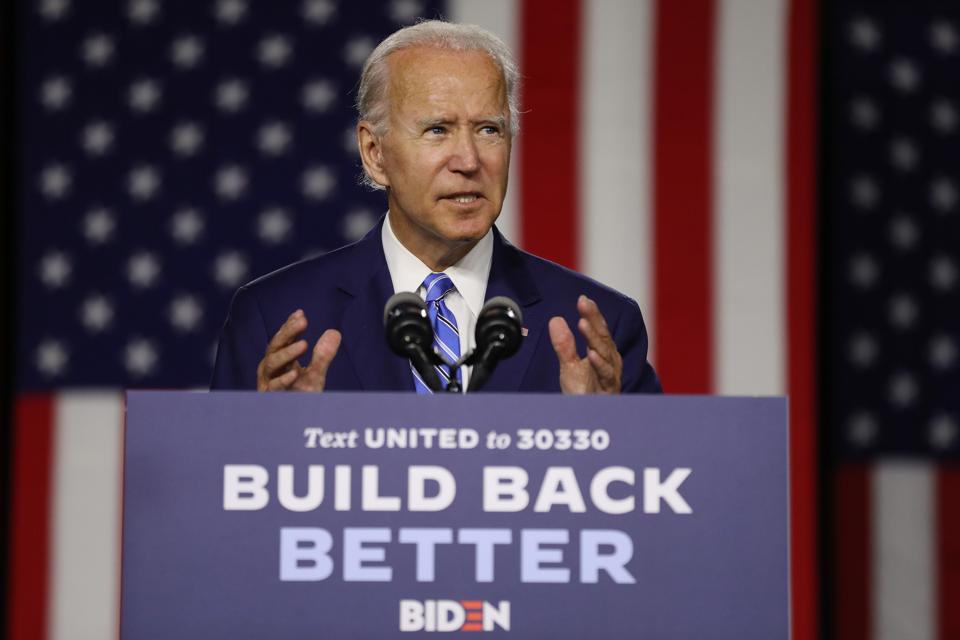 Experts are now warning of the likely impact of an electoral victory in November for Joe Biden. His recently published tax plan calls for changes to income, gift generation skipping transfer and estate taxes. If elected, he will, with a Democratically controlled Congress, change the current “permanent” tax law, so estate planning has become opportunistic. If you like the way the laws are today, you need to take advantage of them now, before they are changed tomorrow. In other words, use it or lose it.

To take advantage of the current tax laws, in effect making them permanent for you and your family, you need to make a taxable gift today. Such a gift will be reported in the year it is made, and the tax laws in effect when the gift is made applies. Even if the tax laws change in subsequent years, the IRS has published proposed regulations that new tax laws will not be imposed on taxable gifts made in prior years.[1] So, if you make an outright taxable gift today of $11.58 million ($23.16 million for a married couple) the gift amount , and any income and appreciation from the date of the gift to the date of death will not be taxed later in your estate. Additionally, the higher $11.58 million exemption from the Generation Skipping Transfer Tax can also be applied to such gifts.

The first question is: do you have enough assets to make a gift and still be financially secure? The gift cannot leave you unable to support yourself or your spouse and family. Additionally, to take advantage of the current exemption amount, you will need to make a gift that exceeds the reversionary exemption of $3.5 million. One way to make these gifts that use the current exemption amount, but do not leave a couple in a financially uncertain position, is to have each spouse make a gift of the exemption amount to a Spousal Lifetime Access Trust (SLAT), a trust for the benefit of the other spouse for that spouse’s lifetime, and further if necessary.

Such trusts will attract the attention of the IRS because when two people make gifts to trusts for each other, which leaves each in substantially the same economic position, the gifts are ignored and the assets in the trust are included in their estate. This is called the Reciprocal Trust Doctrine and has been applied consistently since the 1930’s. The Courts have also ruled that if the trusts are different from each other, based on the provisions of the trusts, state laws and even the timing of the creation and funding of the trusts, then the Reciprocal Trust doctrine does not apply.

The other basis for the IRS to challenge the gift is a so-called “step-transaction”. This doctrine does not apply to gifts which are made at different (such as three months) dates.

Once the trusts are set up and funded, they then need to be properly administered. Because spouses are treated as one person for Grantor Trust consideration, even though the gift is a completed gift, the income from the trust will be applied to the spouse making the gift during their lifetime[2]. Additionally, if a gifting spouse retains the right to demand reimbursement of the income taxes paid the trust will included in their estate. Paying the tax is not considered an additional gift to the other spouse or the remainder beneficiaries. An independent third-party trustee can be given the right to make discretionary payments to the spouse to cover the taxes, however[3]. Also, like any gift, the cost basis of the assets transferred is carried over from the spouse making the gift to the trust. So, if the assets are highly appreciated, when they are sold, there is no stepped-up basis and the gains are calculated using the original basis.

As to who should fund a SLAT it depends on how well you can predict the future. If Congress does not act, then anyone who has over $5.6 million in assets ($11.2 million for a married couple) should consider whether a gift to a SLAT is financially reasonable. If Congress does act, and reduces the exemption to $3.5 million, then anyone with over $3.5 million ($7 million for a married couple) should consider a gift to a SLAT. Also, in considering making a gift to a SLAT, remember that certain assets, such as Deferred Compensation assets like 401(k) and IRAs can’t be gifted without significant negative income tax effect.

As with any trust, there are additional administrative questions, such as: who should inherit the assets, when and under what terms? Should assets be received outright or remain in trust after both spouses have died? Should all beneficiaries be treated equally? Should certain circumstances – such as drug addiction, mental or physical disability – change the way distributions are made? Who should be the independent trustee? Where should the trust be sited?

One word of warning. Creating and funding a Spousal Lifetime Access Trust to lock in the current $11.58 million exemption amount (and the 40% tax rate for assets over that amount) while providing financial security takes time, and time is running out. You should consider setting up the SLATs now, before election, and before something else occurs that makes what should be permanent tax law temporary.

How Bitcoin Fits In A Retirement Portfolio
‘Shark Tank’: Mark Cuban ‘looks up to’ the founder of Hopscotch–so he invested $550,000 in her app that teaches kids to code
What To Do When An Aging Parent Takes In A Homeless Friend
Tips For Traders: Preparing 2020 Tax Returns, Extensions, And 475 Elections
Britain should overhaul listings to boost its $15 billion fintech sector post-Brexit, review says