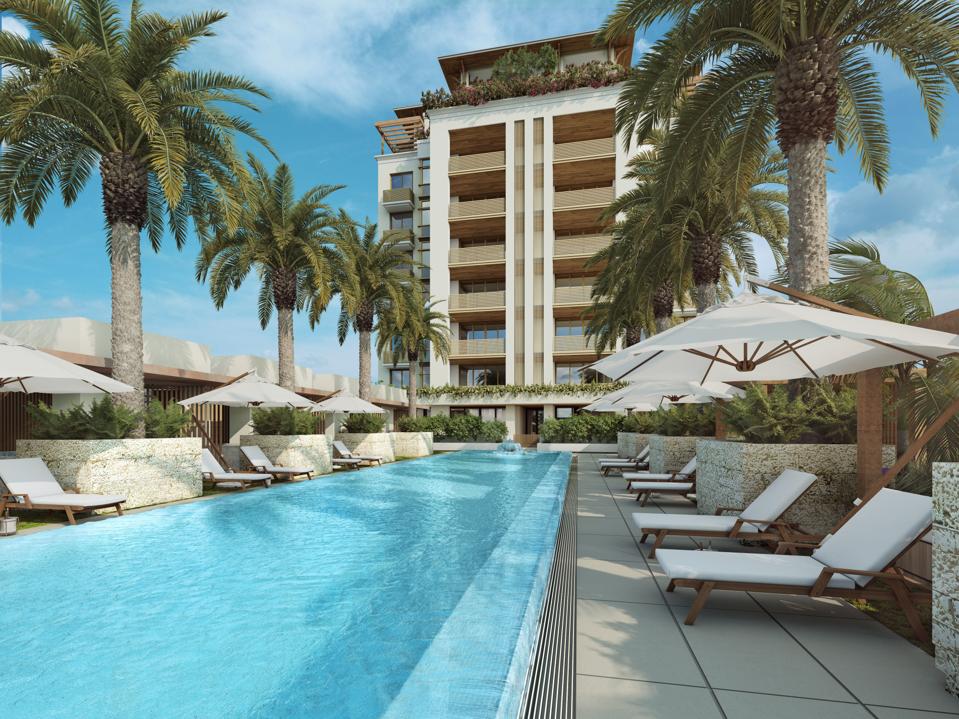 It’s no secret Miami’s Downtown and Brickell districts are experiencing transformative change. In recent years, both communities have witnessed massive redevelopment that has transformed them into inviting, far more walkable live-work-play destinations.

But there’s only so much land available for development in Miami. Where do developers go when the Magic City’s opportunities are virtually exhausted?

If numbers of cranes are any indication, the answer is they move farther south, into the historic and coveted Metro Miami nook of Coral Gables. That migration has not come without controversy, due to Coral Gables’ very special place in Sunshine State history.

For almost a century, the town has showcased the City Beautiful legacy meticulously set in place by its founder George Merrick. That aesthetic called for this planned city to boast broad boulevards lined with lush landscaping, opulent plazas and head-turning fountains. Everything was to be built on a grand scale. Merrick was among visionaries who insisted Coral Gables be imbued with a Mediterranean Revival architecture that is as beautiful as it is distinctive, giving the city’s streets the appearance of a place lifted right out of southern Europe and transported intact straight to the coast of Florida.

In a setting with this kind of lineage, redevelopment is understandably scrutinized by everyone from historic preservationists to regular townsfolk. That scrutiny is all the more intense given the understandable and growing affluence of the Coral Gables population.

Earlier this year, Homes.com reported four of the Miami area’s top five most expensive streets were in Coral Gables. On Lencadendra Drive, in Coral Gables’ gated waterfront community of Gables Estates, the average home value was $7,089,120. Lencadendra Drive was trailed in order by Arvida Parkway, also in Gables Estates, at $6,842,468; Arvida Drive at $6,430,893; and Journeys End Road at $5,853,379.

That entrenched affluence, along with Coral Gables’ appeal to newcomers seeking an upscale live-work-play lifestyle, has helped drive demand for modern luxury residences.

Among the higher-profile developments creating a new Coral Gables are such projects as Gables Columbus Center, Merrick Manor, Giralda Place, and the largest of all, The Plaza Coral Gables mixed-use development on Ponce de Leon Boulevard.

To get a feel for the splendor, let’s zero in for a close-up view on one of the newest and most exclusive projects in town. Villa Valencia, from local developer Location Ventures, architect of record Hamed Rodriguez Architects and CMA Design Studio, is a 13-story-tall collection of 39 ultra-luxury condominium residences at 515 Valencia Avenue.  It is expected to deliver in 2021, with residences priced starting at $1.8 million. Commanding some of the region’s highest price points, Villa Valencia launched sales earlier this year.

It’s likely all a bit more lavish than even the luxury-minded George Merrick ever envisioned. But who’s to say Coral Gables’ founder wouldn’t have welcomed a bit of pampering after a hard’s work sculpting the future City Beautiful?

The $15 minimum wage is in trouble. Here’s what you need to know
Plan For Tax-Efficient Retirement Income
Villa Courbe: A SAOTA-Designed Modern Trophy Home In Switzerland
Walmart says it will support U.S. manufacturers with $350 billion of added business
Biden SEC pick Gensler grilled over bitcoin, GameStop mania and board diversity