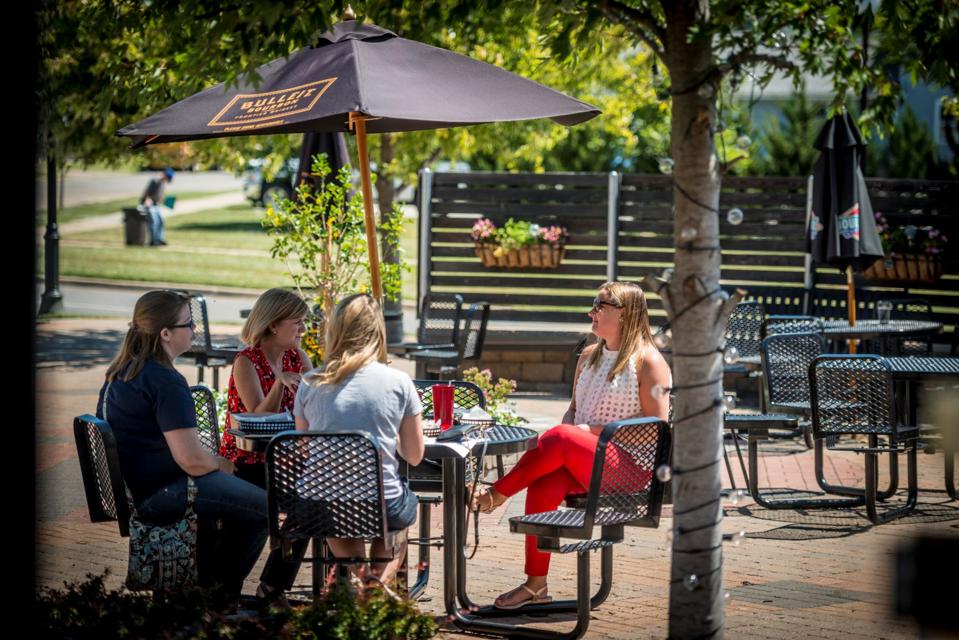 Have you ever looked on a map and wondered where else you might want to live? You might want to consider Topeka, Kansas. Under a pilot program called Choose Topeka, the capital city is offering up to $15,000 in incentives to encourage talent to move to Topeka and Shawnee County.

Since the initiative was announced last week, it has gained quite a bit of traction. The Greater Topeka Partnership, an economic development agency, has received hundreds of requests from across North America as well as international interest from people in Europe, Asia and South America. ChooseTopeka.com has been launched to provide quick answers about the program and to allow interested candidates to apply.

With unemployment at a historically low rate, businesses across the country are struggling to attract and retain talented professionals. Choose Topeka will reimburse individuals with job offers in Topeka up to $15,000 for prospective home buyers and $10,000 for renters signing a one-year lease.

“We are thrilled with the response from around the world,”  said Molly Howey, senior vice president of economic development for GO Topeka, an organization of the Greater Topeka Partnership. “We have always known that Topeka-Shawnee County is an amazing place to call home.”

The Greater Topeka area in Shawnee County represents a community of 178,915 people in the Greater Kansas City region that’s less than an hour from downtown Kansas City. The city’s diverse economy is reflected in the variety among its top employers headquartered here, including Hill’s Pet Nutrition, Advisors Excel, Security Benefit, Capitol Federal and Evergy.

“This is an exciting validation of the work that went into developing this program,” said Topeka Mayor Michelle De La Isla. “Choose Topeka not only addresses an important need to attract talent to our community, but it is a powerful tool to provide many new people access to the funds needed to buy a home.”

Matt Beier, head of human resources for Advisors Excel, said the insurance marketing organization is extremely pleased with the relocation incentives. “It has already proven to be a big help in expanding our recruitment base as we already have at least one candidate in the pipeline who is interested in making the move to Topeka.”

Topeka is home to an array of businesses including architecture firms, marketing agencies, financial services firms and biotech companies. In August, the city was selected by Plug and Play, a venture capital fund and corporate innovation platform, to be a startup accelerator location focused on animal health science and agricultural technology. Topeka will host about 20 startup companies per year as each one goes through the three-month startup accelerator program.

Bob Ross, senior vice president of marketing at the Greater Topeka Partnership, said he just moved back to Topeka five months ago from Houston. “What people don’t expect about Topeka is how rich and culturally diverse the city is,” he said. “For 85 years, the city has celebrated its Latin heritage with Fiesta Mexicana. This festival brings thousands out every year for music, food and parades that honor a Mexican-American community that arrived here in the 19th century. We have a vibrant live theater and music scene and a fun and innovative arts district. There is an electric spirit in the air, like the sky is the limit.”

Having lived in Nashville, Lindsay Lebahn, marketing account manager at Bajillion Agency in Topeka, had her doubts about a slower Midwest lifestyle before she moved to the area. “But I thrived,” she said. “Topeka quickly won me over with its genuine people, affordability and potential to make a true impact — a trifecta that is hard to find these days. I now see why it’s commonly referred to as the Heartland. It truly captures your heart.”

Walmart recently announced it will locate its newest distribution facility in Topeka, their fourth in the state. The project is expected to create an estimated 300 new full-time positions over the next five years with competitive salaries plus benefits, creating in the next 10 years a total economic impact of $635 million.

The arts scene is alive and well in the newly revitalized NOTO Arts & Entertainment District, with over 3,000 people visiting every month for the ARTSConnect First Friday Artwalk. Topeka is also the new home of the Heartland Stampede, the region’s largest country music festival. Luke Combs, Toby Keith and Cody Johnson will lead the star-studded lineup from June 25 to 27, 2020.

Topeka is less than 40 minutes from suburban Kansas City’s shops and restaurant districts, less than an hour’s drive to downtown Kansas City, including the KC Crossroads District, the River Market and Country Club Plaza, and an hour from Kansas City International Airport.

“Everywhere you look in Topeka, from our downtown renovation, to business growth, to our schools, Topeka is showing what a wonderful community it truly is,” said Cody Foster, founder of Advisors Excel. “Choose Topeka will help Advisors Excel and other great companies in Topeka recruit experienced employees, especially for our AE Wealth Management platform and in the technology field. We can’t wait for the nation to find out what it means to choose Topeka.”

Those seeking to apply can also email ChooseTopeka@GoTopeka.com.

38% of Americans would give up sex for a year just to travel again, survey finds
A tale of two Europes? Covid infections fall for some but others fear a ‘third wave’
Workhorse Group drops nearly 50% after EV company is passed over for USPS contract
How Avenue Interior Design Renovated The Hilton Santa Monica Hotel In The Middle Of The Pandemic
Nvidia beats earnings expectations, but stock dips as CEO downplays crypto play