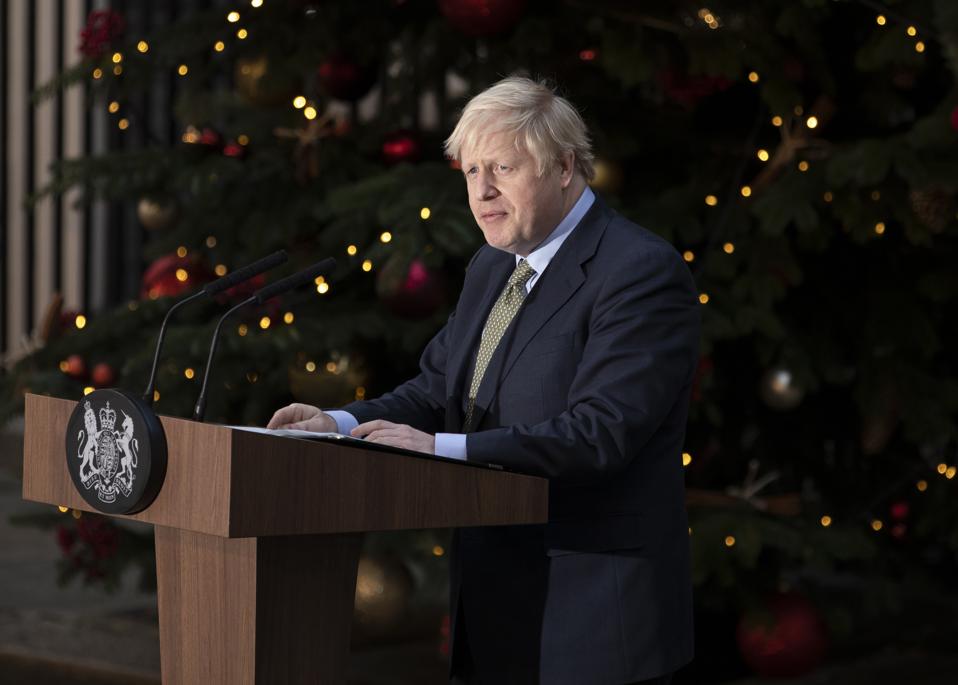 Following on from last week’s landslide Conservative election victory, there is a certain expectation that confidence and stability will begin to return to the U.K. housing market. Precisely how this will come to pass is however a rather more dynamic estimation.

Yesterday, Rightmove – the U.K.’s biggest property portal – announced in their latest House Price Index their forecast for the housing market in 2020. The headline figure was a 2% rise in house prices across 2020, and up to 4% in the northern regions, as consumer confidence returns to the market following the general election.

But would this be the result of the recently coined “Boris Bounce”? The euphoria certainly bears investigation by following the numbers.

The Power Of Confidence

The notion that the election itself is going to be singularly responsible for a boost in house prices is an unrealistic one, mostly because the elements that make for a stable housing market require more than mere market confidence, although confidence is certainly needed to end any kind of gridlock.

After a season of Parliamentary gridlock that’s been going on for far too long, the confidence following the election is undeniably a silver bullet for movement in the moment: with a single-party majority in Parliament guaranteeing a more certain outcome, the FTSE All-Share Index increased by 1.5%, and this is significantly higher still for property shares, showing an industry expectation that the market is about to lurch forwards as pent-up demand is released.

At first I expect it will likely be a sellers’ market, as they will have more power to ask for higher house prices from buyers that have placed plans to move on hold for far too long – and this could push up prices more rapidly in the short term. However, as more properties come to market, we might see buyers having greater choice and more bargaining power. That said, there is still the overarching issue of too little available housing which limits bargaining power and keeps prices inflated.

But Can And Will An Election Elevate House Prices?

Conditions surrounding the election have of course never been as unchartered as they’ve been these past few years, but it’s still worth noting that even following the EU referendum in 2016, in which activity did slow temporarily, there was a continuation in trend that picked up as the year went on. And as we’ve seen over the past year, although monthly house price growth has fluctuated up and down as the Parliamentary rollercoaster continued, annual house price growth has, albeit slowly, been on the up.

Look at it this way: In the November HPI releases for Nationwide and Halifax, year-on-year house price growth increased by 0.4% and 2.1% respectively. And in the Rightmove HPIs for November and December, they revealed respective annual increases of 0.3% and 0.8%. There are obviously some variances, but overall, annual house price growth has already been on the up, with or without the election.

Property agencies are certainly anticipating a post-election “turbocharged” market bounce, but there are some tempered views that there are issues in the housing market that the government would be wise to address, as these can’t necessarily be fixed by market forces alone.

Richard Donnell, the research director at Zoopla, notes that “the election result changes little when it comes to the fundamentals of the housing market. The challenges for housing vary across the country and there are no simple, national solutions.”

Stamp duty is one such example here. As I’ve discussed previously, stamp duty levies are acting as an impediment to home purchases. Raising the threshold and/or lowering rates could help to boost the housing market.

Another policy correction is dire need of reform is the government’s Help-to-Buy scheme, which at present only benefits the New Build sector. If the policy was truly all about helping new buyers get onto the property ladder and stimulate growth in the housing sector, it would include re-sale properties too. That way the first-time buyer would ultimately be the prime benefactor of this policy. At present I’d dare say that the policy appears to favour construction firms first and foremost. Perhaps the grand idea was that it would be just that: a major incentive to increase their operations – yet counter intuitively this sector seems to have responded to the policy by constraining output as a means of artificially inflating house prices. Like many well intended plans, this policy’s gains are not reaching its intended audience in full and have instead created over confidence in a sector that was meant to over produce.

Which brings me back to the issue of supply – and the urgency of having that addressed. House prices go up because choice is scarce. To mitigate this, the government must do more to increase construction levels and to build more houses. There have been successive house-building promises from incoming governments over the years that have failed to be realised.

But in the spirit of this new government it pays to be positive, and the Conservatives have in their manifesto a promise to help build a million new homes over the next five years by pursing policies that will encourage the private sector to do more.

With a majority now in government, it will be much easier for the incumbents to push through their housing agenda, which if focused to address the issues facing the market, should go some way towards pushing new growth.

If there’s a wild card to all this, it’s still undeniably the Brexit-shaped elephant in the room. Prime Minister Boris Johnson has promised that we’ll be out of the European Union by the 31st of January 2020, with a fresh vote on his Brexit Bill scheduled for this Friday. With Johnson’s majority in Parliament he should have no problem getting it over the line.

But this does not mean the end of the Brexit negotiations.

The EU has been very clear that Johnson’s electoral majority will not speed up his Brexit deal. And there are still major hurdles to address if a new deal with the EU is to be signed off by the end of 2020. In the interim, the uncertainty that could ensue has the strong potential to counter the optimism of the moment.

But then again, the issues in the housing market have been apparent since long before Brexit, going back to the 2008 financial crash, and yet the market has continued moving forwards. As I’ve said before, and will continue to say: Brexit or no Brexit, the property world will keep spinning.

People will always have a requirement to move and no amount of uncertainty and house price speculation will be enough to infinitely impede that demand. Just as the mantra “Get Brexit Done” might have become an anathema to some and a blessing to others, the older British mantra to “Keep Calm and Carry On” has rather become the focus of the public.

The real story here is not of house prices in 2020 – because some await their rise just as an equal number of people look forward to their demise – but rather whether renewed confidence and policy adjustment in the year ahead can equally resurge and rebalance the housing market towards buyers, sellers and the economy at large.