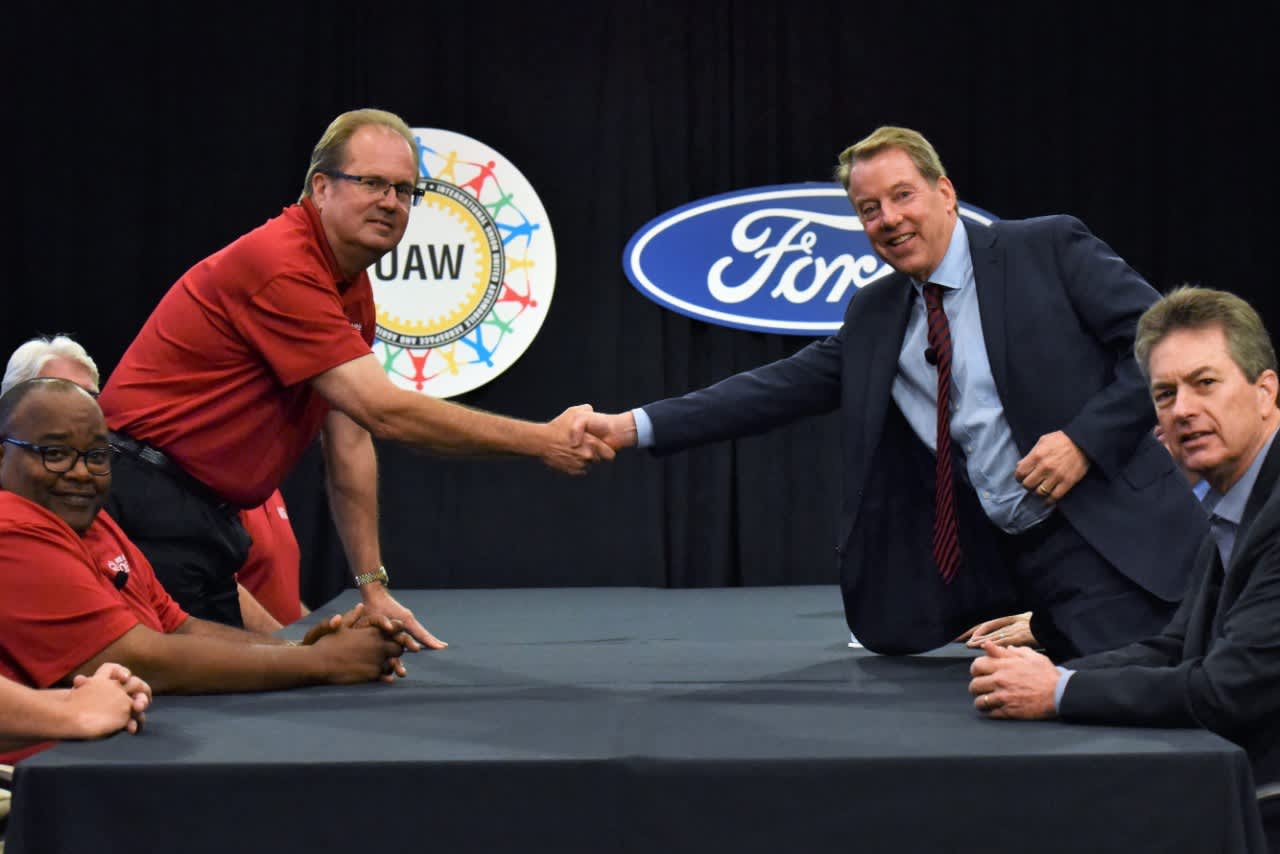 DETROIT – Members of the United Auto Workers have approved a new four-year deal with Ford Motor, the union announced Friday.

The deal requires Ford to invest more than $6 billion in its U.S. manufacturing operations and create or retain 8,500 U.S. jobs, while also allowing the automaker to close an engine plant in Michigan.

Ford’s agreement mirrored a previously ratified deal between the union and General Motors that included 3% raises or 4% lump-sum bonuses each year of the contract, keeping out-of-pocket health-care costs at roughly 3% and a path for temporary workers to become full-time employees.

The union will now turn its attention to Fiat Chrysler, the last of the Detroit automakers the union needs to negotiate with for 2019.

The UAW’s discussions with Fiat Chrysler are expected to be more contentious than those with Ford amid a federal probe into union corruption that started with the Italian-American automaker. There’s also uncertainty about the company’s future amid a planned merger with French automaker PSA Group.